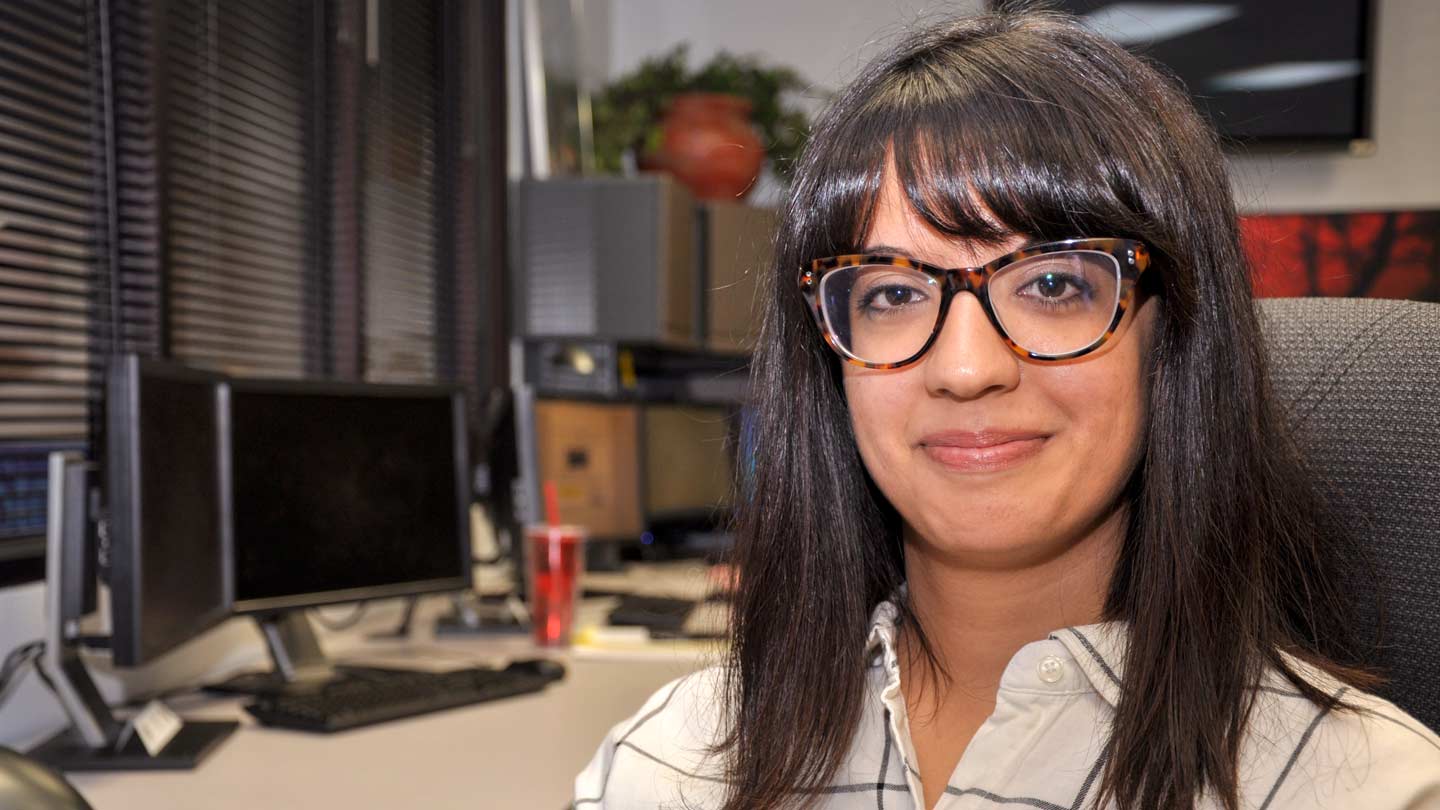 Suppose you have a drug that can eliminate a parasite that causes painful skin diseases and can lead to permanent blindness, but the people who need the drug are semi-nomadic villagers living in a deep and massive South American rain forest.

How can you get the drug to the people who need it if you can't find them?

That was the challenge the Carter Center's Oncho Elimination Program for the Americas presented to UAH's Sara Amirazodi and NASA's DEVELOP program: Help us and the ministries of health find active villages of the Yanomami tribe that aren't already receiving health services so we can treat them for the parasite that causes river blindness.

For her work using high-resolution satellite imaging to locate village sites, Amirazodi, a junior majoring in Earth system science (ESS), was awarded one of three $1,000 scholarships presented to DEVELOP students by Science Systems and Applications Inc.

"The Carter Center wanted us to find coordinates of villages that had not been reached before and they needed it quickly," Amirazodi said. "We had just 10 weeks. They wanted us to find these nomadic communities before they disappeared again so the ministries of health can deliver medicine to the people who need it most."

"We found quite a few possible village locations, but we won't know if they are active villages until they get there," she said. "We finished in August and handed everything over to the Carter Center. Now they want us to continue this, to help them find people in other areas."

"The coordinates found by the NASA team have been shared with the government of Venezuela, so they can compare these with their known village information, and target new villages for further investigation and possible river blindness treatment," said Dr. Frank Richards, director of the Carter Center's river blindness elimination program.

River blindness, also known as onchocerciasis, is a parasitic infection that can cause intense itching, skin discoloration, rashes and eye disease that can lead to permanent blindness. It is spread by the bites of small black flies that breed in rapidly flowing rivers.

The parasite is thought to infect up to 30 million people, including about one million who have lost part or all of their sight. It is the second most common cause of blindness due to infection.

About 99 percent of the cases of river blindness are found in Africa, with the remaining one percent in Central and South America.

Established by former U.S. President Jimmy Carter and First Lady Rosalynn Carter, the Carter Center has a program that helps local authorities in 10 countries in Africa and Latin America eliminate river blindness through health education and distribution of the medicine Mectizan, which is donated by Merck. Mectizan kills the pre-larval parasite in the human body, preventing blindness and stopping the transmission of river blindness to other people.

A native of Nashville, Amirazodi graduated from David Lipscomb High School in 2001. An unhappy business school student, she became a paralegal in Chicago before deciding, "It was time to go back to school and do something I enjoy."

A class taught by Dr. Rob Griffin, an assistant professor in ESS and a science advisor for the DEVELOP program at Marshall, convinced her to focus on GIS and remote sensing, which led to her internship at DEVELOP, Amirazodi said. "I'm doing a lot of hands-on work with GIS and remote sensing there, so it's kind of perfect."