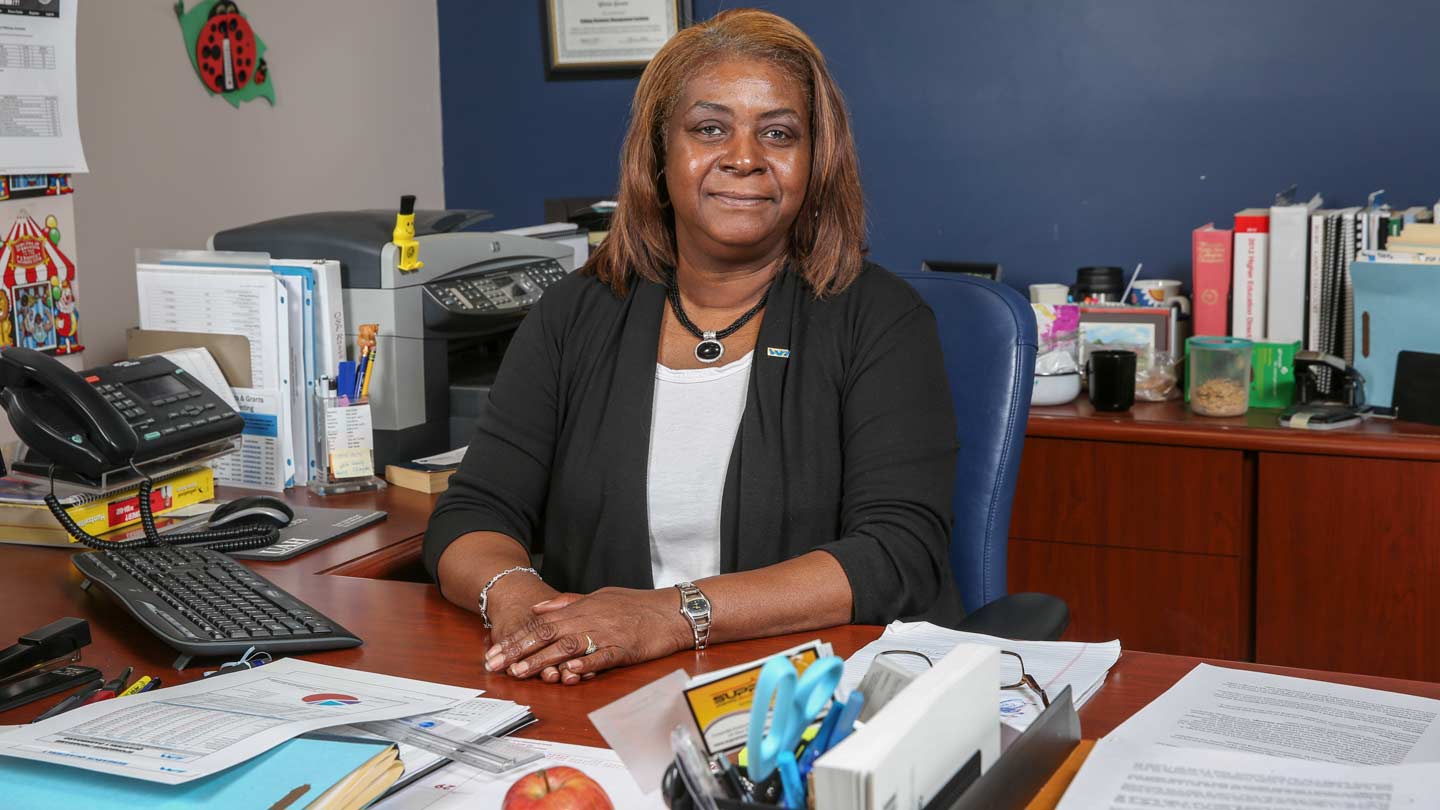 Gloria Greene, director of sponsored programs in UAH’s Office of Sponsored Programs, is the 2017 recipient of SRA International’s Hartford-Nicholsen Award for Distinguished Contributions to Research Administration.

The Office for the Vice President for Research and Economic Development (OVPRED) at The University of Alabama in Huntsville (UAH) is pleased to announce that Gloria Greene, the director of sponsored programs in the Office of Sponsored Programs (OSP), has been selected by the Society of Research Administrators (SRA) International to receive the Hartford-Nicholsen Award for Distinguished Contributions to Research Administration for 2017.

In a congratulatory letter written by Cindy Kiel, president of SRA International, Ms. Greene’s "many leadership capacities" within SRA International, the respect she has earned from her peers, and her continued role as "a model teacher and scholar" were highlighted.

"We greatly appreciate the tremendous amount of time and talent that you have so generously contributed over many years to further the mission of SRA International," said Ms. Kiel. "The Society’s membership appreciates your continued dedication to the work of research administration. You have achieved an honor deserved by those very few who engage in a career of service to SRA International."

Ms. Greene, who has been a member of SRA International for more than 15 years, describes herself as "both humbled and honored" to receive the award, which recognizes SRA members whose services demonstrate leadership in the Society and who have made a major, distinguishable contribution that benefits the entire Society.

"My active engagement in SRA International is credited to my love of the profession and the ability to share with and learn from my colleagues and peers," says Ms. Greene. "Most importantly, without the support of the OVPRED and OSP staff, this would not have been possible."

Ms. Greene will be presented with the award at the 2017 SRA International Annual Meeting in Vancouver, Canada. The ceremony will take place on Tuesday, Oct. 17, from 8 a.m. to 9:15 a.m. during the Annual Business Meeting and Awards Breakfast.

Office of the Vice President for Research and Economic Development
256.824.6100