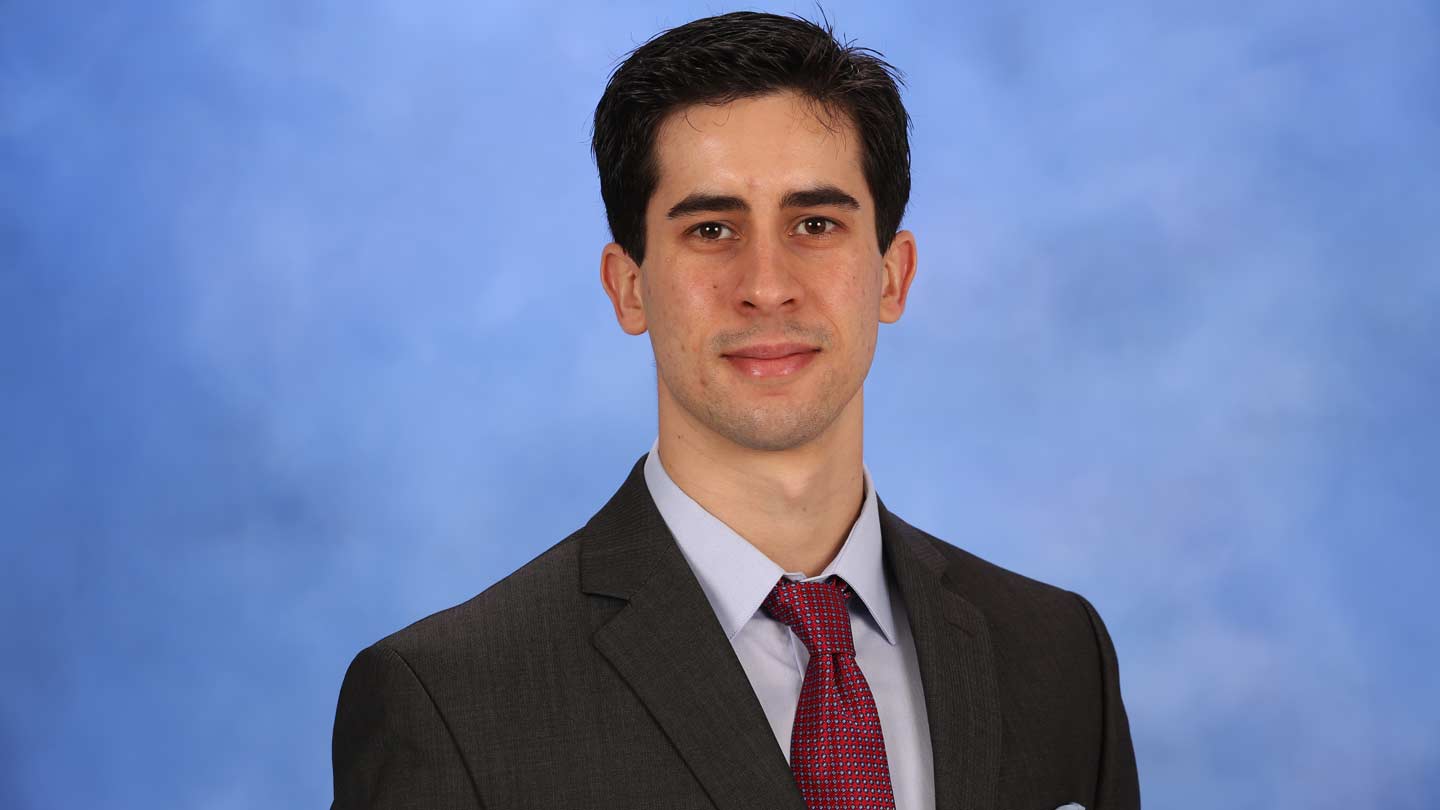 Paulo Salvador, who earned his master's degree in mechanical and aerospace engineering from UAH, now works on the development of the BE-3 and BE-3U propulsion systems for commercial space flight company Blue Origin.

For Paulo Salvador, who graduated from The University of Alabama in Huntsville (UAH) in 2016 with a master’s degree in mechanical and aerospace engineering, making his career goal a reality took a lot of doggedness and dedication.

Growing up in Sao Paulo, Brazil, Salvador dreamed of building rockets and working for NASA. In high school, as he watched videos of shuttles carrying astronauts to the International Space Station, he knew he’d need to look beyond the limited opportunities available in his home country to pursue his dream. "I wanted to study engineering and, hopefully, become a rocket scientist," he says. "That drove me to apply to universities in the U.S."

Salvador spent the year after he graduated from high school learning English so that he could pass the TOEFL® test, a requirement for non-native speakers seeking to enroll in English-speaking universities. When he was accepted at Northwest Nazarene University (NNU) as an undergraduate to study engineering, he says, it was "a dream come true." But it wasn’t all smooth sailing from there. "I thought I was prepared, but it turned out to be a bigger challenge than I had anticipated," he recalls. "At first, I struggled to understand lectures and found it very difficult to speak to anyone." Over time, however, he discovered that most people were understanding, patient, and eager to help him succeed as a student in a new country.

Choosing UAH proved to be the right decision.

One source of support was Dr. John Stutz, who earned his Ph.D. from UAH in 2013 and had since joined the faculty of NNU’s newly accredited engineering program. Salvador was one of his first students. "The first class I taught was a course in fluid dynamics that includes a bunch of cool aerospace stuff like rocket motors and supersonic airplanes," says Dr. Stutz. Salvador was an enthusiastic class participant, and when he asked for help finding a graduate program, Dr. Stutz put him in contact with several professors at UAH. "He managed to get an assistantship and, well, ‘took off’ from there," Dr. Stutz with a laugh.

When Salvador started graduate school at UAH in the fall of 2014, he faced another obstacle: As an international student, he could only gain limited access to rocket-related projects due to restrictions put in place by the International Traffic in Arms Regulations (ITAR). Not one to be discouraged, he took as many classes as he could on rocket propulsion and technology. He also conducted research at UAH’s Propulsion Research Center under the supervision of Dr. Gabe Xu, an assistant professor in the Department of Mechanical and Aerospace Engineering. "I worked with Paulo doing more fundamental combustion research so that he could gain relevant experience," explains Dr. Xu, who also serves as the head of UAH’s Precision Ultrafast Light Sciences group. Focusing on the effects of electric fields on combustion instability, flame speed, and flammability limits, Salvador eagerly pursued whatever research opportunities were available to him. He published four journal articles during his time at UAH, two as first author. "But he always had his eye on rocket propulsion," recalls Dr. Xu.

Because of ITAR restrictions on what projects he could take part in, Salvador decided instead to design and build a small liquid rocket engine on his own. "Paulo kept the materials for his rocket in the lab and worked on it in the evenings and on weekends," says Dr. Xu. Soon he had recruited other students to the enterprise and even got the assistance of an engineer at Aerojet Rocketdyne. The project gave him hands-on experience with assembling engines, preparing a test stand for rocket operations, troubleshooting hardware and software, and operating the engine from the control room. "When his citizenship didn’t allow him a direct route to his dream, he found another path to gain experience," says Dr. Xu. "That is quite impressive."

That level of determination also caught the eye of a hiring manager at Blue Origin, a major startup company for commercial space flight. "A lot of our students want to work for Blue Origin," says Dr. Xu. "As you can imagine, they get thousands of applications and the bar is very high." Salvador, who got his permanent resident – or green – card in 2016, applied for a position and saw his years of commitment pay off. In December the company hired him to work on the development of its BE-3 and BE-3U propulsion systems.

"My research and rocket testing experience at UAH was of fundamental importance in gaining employment with Blue Origin," Salvador says. "My passion for rocket propulsion and human access to space has been a major influence on the education and career choices I’ve made. Choosing UAH proved to be the right decision."