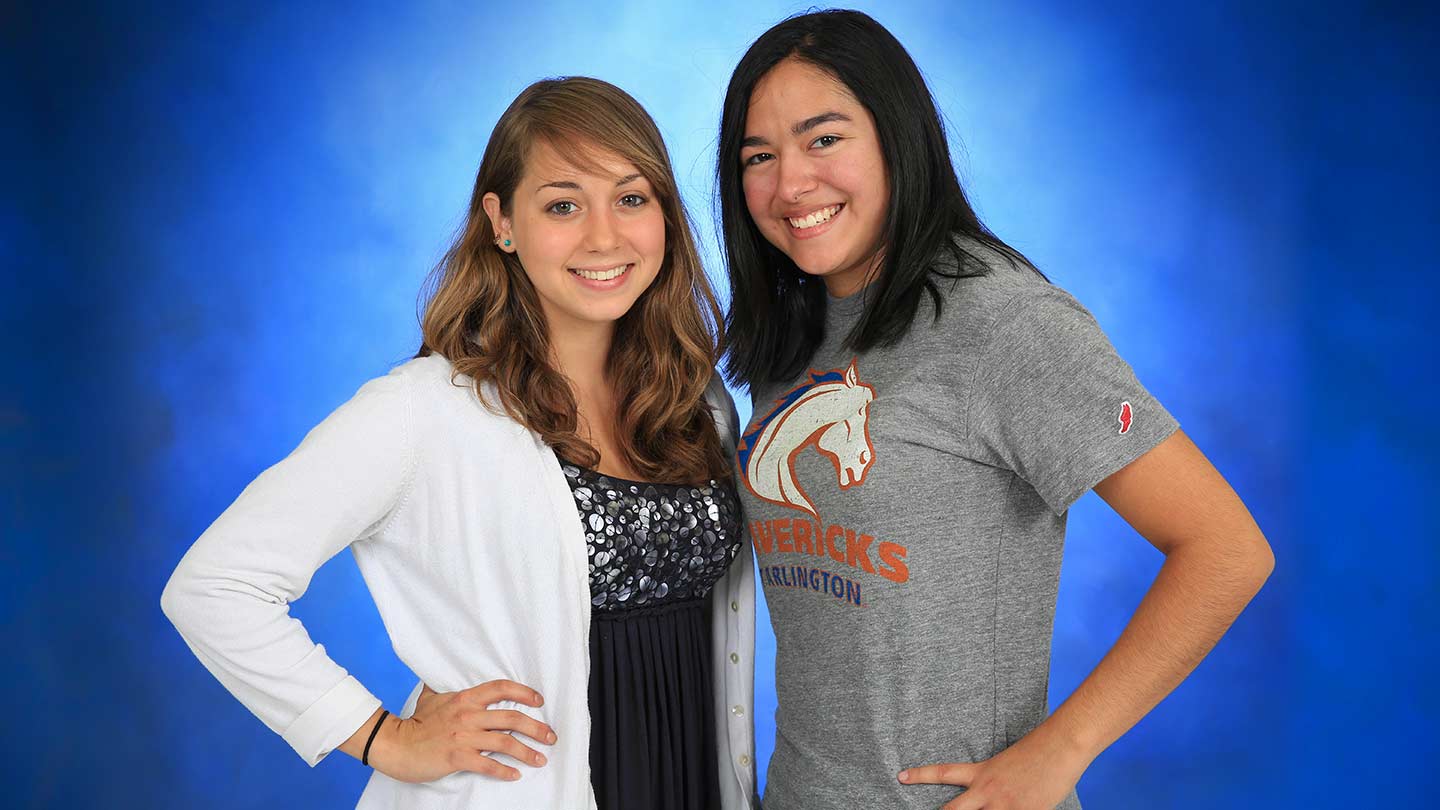 As with last year's participants, both women applied for and received funding to enable their attendance. The American Association of University Women (AAUW) at the national level covered the cost of the conference, while the AAUW-Huntsville Branch purchased their plane tickets and UAH Women's and Gender Studies provided travel scholarships for food, local transportation, and incidental expenses.

"We believe the NCCWSL conference empowers women students by building their confidence, self-awareness, and leadership skills, so we were proud to help enable students to attend," says Dr. Molly Johnson, Director of Women's and Gender Studies at UAH. "In return, their attendance enhances our campus and community as a whole because they come back energized and ready to use their talents and ideas to create positive change for themselves and for others." 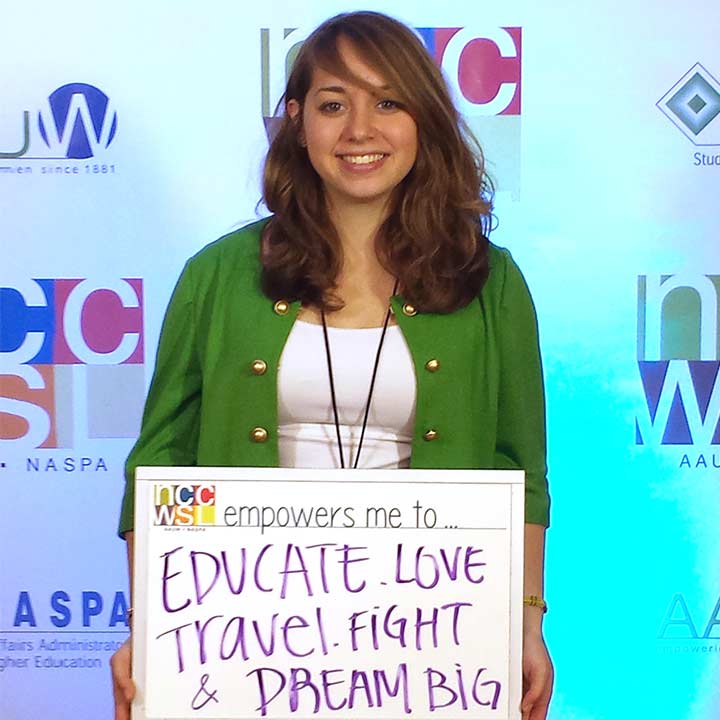 Mesnil says the conference helped her "focus on her goals."

As first-time attendees, of course, Mesnil and Mendoza had only a general idea of what to expect. But both took away much more than they could have imagined. For Mendoza, the conference gave her the support and encouragement that's often lacking for women in the science, technology, and math (STEM) fields.

"I'm used to only guys in my classes and all my professors being male," she says. "It's always normal to hear that's a hard major, why are you in that?" Not the NCCWSL attendees, however. "They were like, if you understand that, you should continue on and get a Ph.D. It was very positive."

And that positivity, in turn, has inspired her to fulfill the same role in other women's lives. "My goal is to get more girls into science and to help more with Tech Trek," she says, "so they realize it's not just the hard thing that only guys go into!"

Mesnil, a native of Puerto Rico, found that the conference spoke to her both as a woman and as a member of a minority group. "I was impressed with the women who talked about representing their background and their leadership style being inspired by where they came from," she says. "I've been in settings where I've been the only woman or only minority, so I felt I'd gone through similar challenges."

She was also inspired by a pre-conference activity she took part in called So You Want to Work in Politics, which included a forum with five women serving in politics. "We really got to see how many more challenges women encounter in professional settings like that," says Mesnil. And yet, she points out, it goes both ways. "I come from a female-dominated field, and I feel like men in nursing and education face the same challenges that women face in other fields." 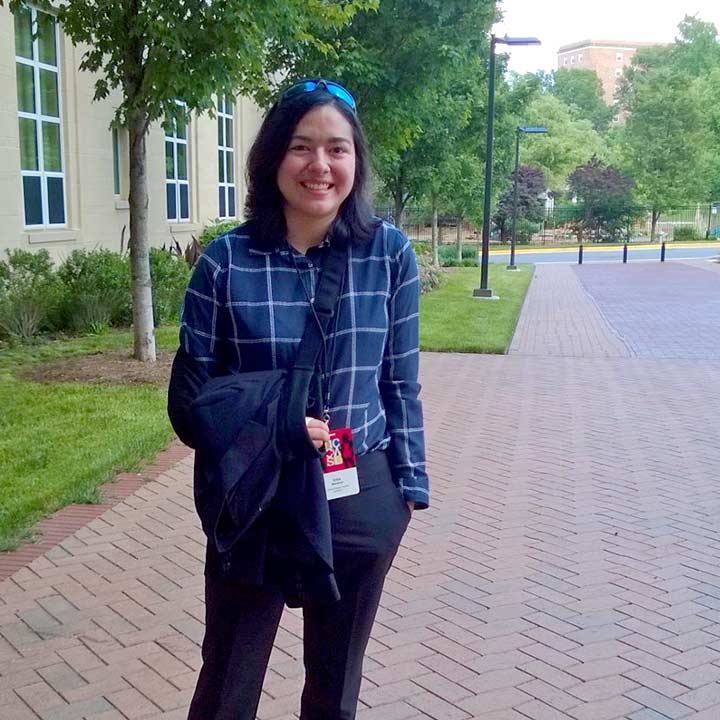 Mendoza took some time to explore the sites in nearby D.C.

Of all the important themes covered throughout the conference, however, the one that stood out the most for both Mesnil and Mendoza was that of balance. For Mesnil, that meant learning how to balance the cultural expectations that surround her. "Coming from a Hispanic family, it's hard to always please your family and friends and do the things you are passion about," she says. "But I learned you have a lot of say in how you want to identify yourself. It inspired me to be independent and focus on my goals."

For Mendoza, that meant learning to find balance at work. "I thought to succeed I need to work hard and put in a lot of hours, but they said you need to know your bosses or you'll be the first one to get laid off or you won't get the grant," she says. "It made me think maybe I need to back off being a workaholic and get the ability to network while I'm still in school."

After all, she continues, "networking helped me get to the conference!" And now that both are back, they're ready to put what they've learned into action. "The group of us that ended up hanging out a lot, we said we're going to try to get back together every year to see where everyone is," says Mendoza. "Now we have friends and motivators to push each other toward our goals."

If you are a UAH woman student interested in attending NCCWSL and would like more information about how to apply for funding, please contact Dr. Molly Johnson, Director of Women's and Gender Studies, at molly.johnson@uah.edu.