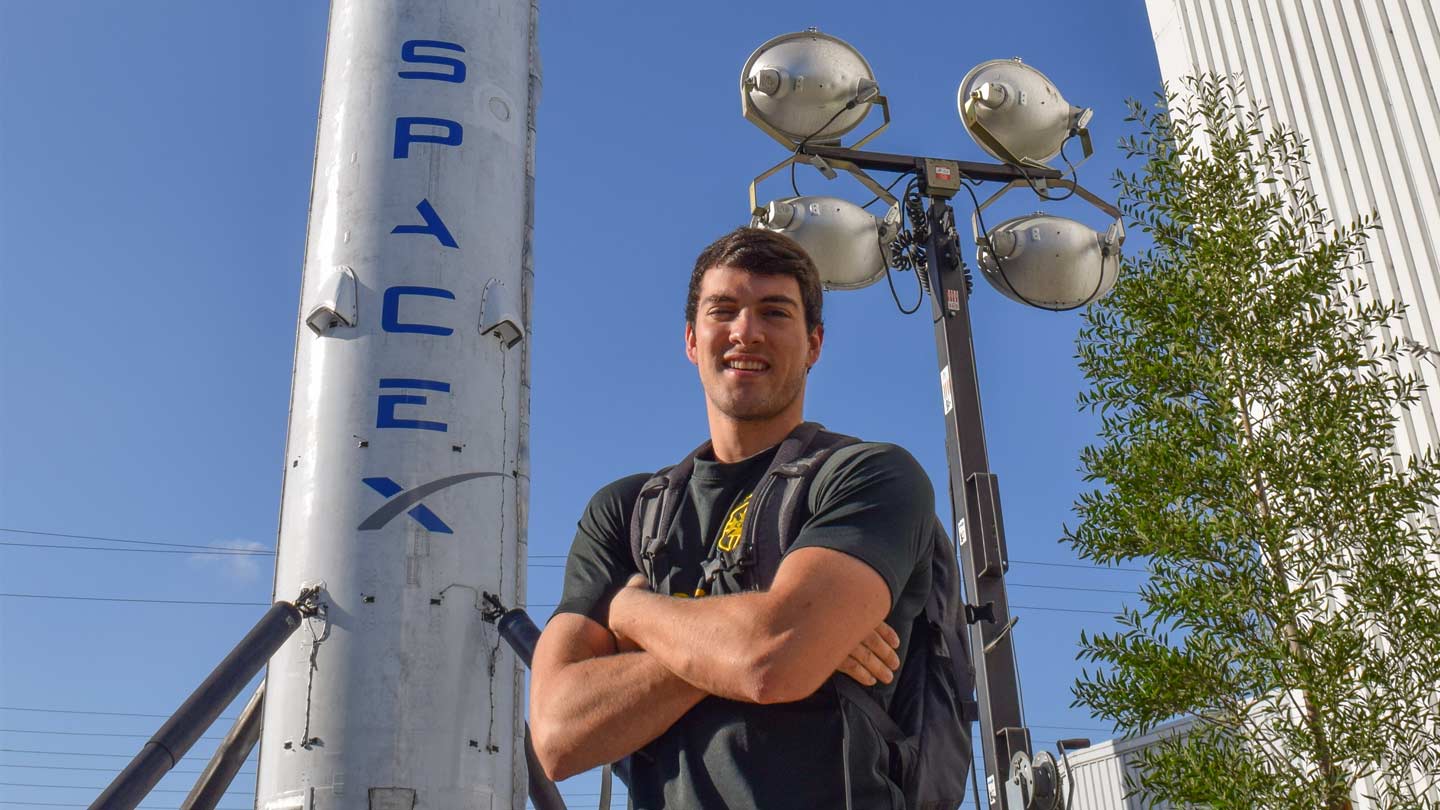 Nick Peterson was already registered for classes and looking forward to the start of the fall semester when he learned he’d been selected for an internship with pioneering private space exploration company SpaceX. "They called and asked if I could start right away," says the senior mechanical engineering major at The University of Alabama in Huntsville (UAH). "I said, of course! Two weeks later I was on a flight to California."

Peterson had landed on SpaceX’s radar a year prior, when he competed in the Siemens GreenPower Challenge at Rockingham Motor Speedway in Corby, England; his entry, a Formula 24+ electric car called "Shock," later ended up on display at the U.S. Space & Rocket Center. But it wasn’t until he became a UAH student that Peterson was eligible to apply for the company’s highly competitive internship program – and even then, he had trouble believing he’d been selected. "For the first two weeks," he laughs, "I thought I was going to be told to go home!" 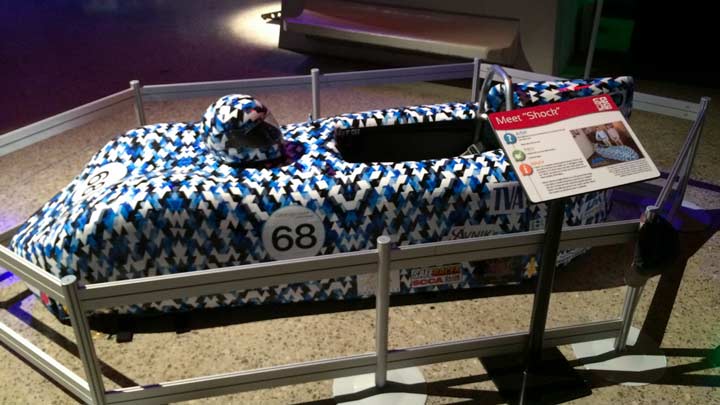 “Shock,” the electric car Peterson built to compete in the Siemens GreenPower Challenge, landed him on SpaceX’s radar.

As an avionic test lab mechanical engineer at the company’s headquarters in Hawthorne, Calif., Peterson spent his weekdays in the lab conducting vibration, thermal, shock, pressure, vacuum, and radiation testing for the components in SpaceX’s two spacecraft, the Falcon 9 and the Dragon. "It was very fast paced and task oriented, and I had a lot of responsibility," he says. "So the first month was pretty chaotic since I didn’t know how to do those kinds of things. But I got used to it after a couple of weeks, and by the end, I think I was doing well."

Weekends, by contrast, were spent exploring the surrounding area, often in the company of three fellow interns with whom Peterson shared an apartment in the seaside community of Marina Del Rey. "We did a lot," he laughs, recounting an exhaustive list that included hiking in Yosemite National Park, camping in Joshua Tree National Park, snowboarding on Mammoth Mountain, driving down to San Diego, exploring Los Angeles, and attending both an L.A. Kings hockey game and the red carpet event for "Rogue One: A Star Wars Story" in Hollywood. 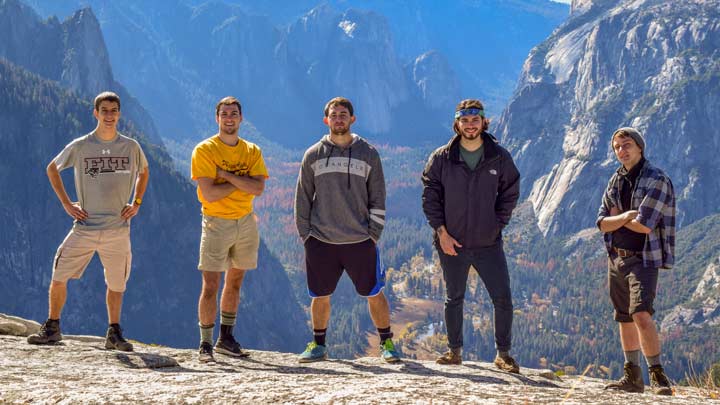 Peterson and his fellow interns, seen here in Yosemite National Park, made the most of their free time by traveling up and down the California coast.

Still, Peterson’s favorite place was in the lab, where he says 11 hours could pass with ease before he’d look at the clock and realize it was time to go home. "I didn’t realize how important getting real-world experience is, but every day I learned; every day I met amazing people and had meaningful conversations," he says. "Out of any job I’ve had – and I’ve been working since I was 14 years old – I couldn’t imagine a better place to work. I never wanted to leave."

As hard as it was to say goodbye, however, he knew his future career plans depended on returning to UAH and finishing his coursework. "I wouldn’t want to take a job unless I had a degree, so I had to get back to school and graduate so I could work full time," says Peterson. He also wouldn’t have wanted to miss taking Dr. Christina Carmen’s product realization design class, in which he serves as a team lead. "We’re building a low-cost 3-D metal printer, which is pretty advanced," he says. "It’s the most useful class I’ve had and so relevant to what I’m going to be doing."

As for exactly what that is, he has yet to decide on the specifics. But thanks to the practical experience he gained through his internship at SpaceX and the strong academic foundation he’s received at UAH, Peterson knows he has the skill set needed for success in the professional workplace – and beyond. "Being an engineer is just the starting point," he says. "Ultimately, I want to have a large impact on humanity."