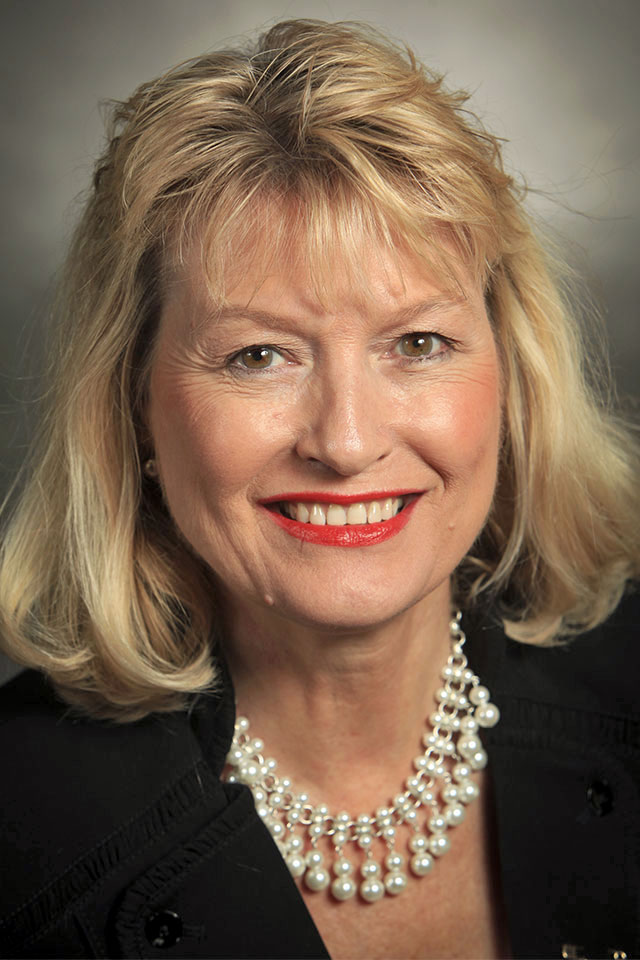 HUNTSVILLE, Ala. (June 2, 2014) — Marsha Howell Adams, Ph.D, RN, CNE, ANEF, a nationally recognized leader in the nursing field has been named dean of The University of Alabama in Huntsville (UAH) College of Nursing. She assumes her duties on Monday, July 14.

Adams, is currently senior associate dean of academic programs and professor at The University of Alabama (UA) Capstone College of Nursing (CCN).

Adams has served the CCN in key roles for 30 years. She holds one of the highest offices in nursing's most prestigious organizations, as the president of the National League for Nursing (NLN). The NLN is a professional organization dedicated to achieving excellence in nursing education and composed of 34,000 nurse educators and 1,250 institutions.

"I look forward to the exciting opportunities to build collaborative partnerships and networks with the UAH community," said Dr. Marsha H. Adams. "I am ready to begin working with the faculty and staff to expand the nursing programs in a direction that prepares strong knowledgeable graduates that can excel and have an impact on the health care delivery system."

Adams succeeds Dr. C. Fay Raines, who served as the nursing dean for 25 years. Under Raines' leadership, the UAH College of Nursing has become a premier academic nursing and research institution. U.S. News & World Report's 2014 Edition of America's Best Online Education Programs ranked the graduate program at 6 and the undergraduate program at 7 in the nation. Also during Raines' tenure, the college more than doubled in size prompting a $17 million dollar building expansion. The new nursing addition is expected to open later this fall.

Adams has served as a rural nursing consultant for over 25 years. Her clinical research interests and publications have focused on rural women and children and nursing education. She is recognized as an Academy of Nursing Education Fellow and a Nursing Academic Fellow by the American Association of Colleges of Nursing. Adams has been the recipient of the CCN Board of Visitors Commitment to Teaching Award, the UA National Alumni Association Outstanding Commitment to Teaching Award and the Alabama League for Nursing Lamplighter Award.

Adams received a BSN, MSN, and PhD-Nursing Education Administration from the University of Alabama, School of Nursing at Birmingham. She earned a post-doctoral certificate in Rural Case Management from the UA Capstone College of Nursing. A native of Jackson, Ala., she and husband Phil, are the parents of three sons, Abe, Tom and Jon.

Dr. Pam O'Neal, will serve as interim dean of the UAH College of Nursing until July 14, when Adams assumes her duties as dean. O'Neal currently serves as associate professor of nursing at UAH. She also served as associate dean for undergraduate studies for eight years.