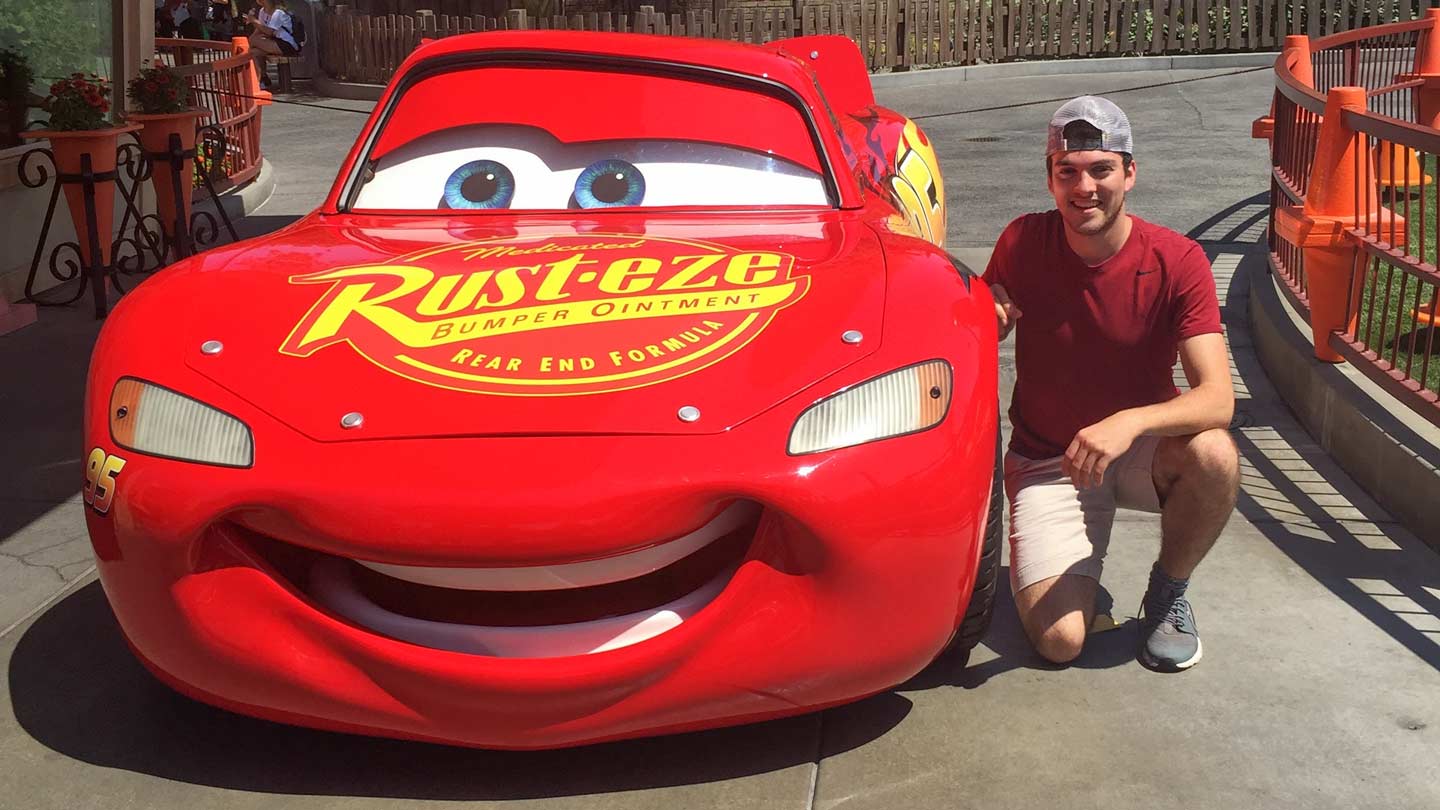 Thanks to a series of experiential learning opportunities that he has been able to pursue as a mechanical engineering major at The University of Alabama in Huntsville (UAH), much of Nick Peterson’s academic career has taken place outside the classroom and in the real world.

"For internships and co-ops, UAH is the number one school that I can even think of," he says, citing both Dr. Jennifer English, associate dean of undergraduate engineering, and Candace Phillips in UAH’s Career Services as his "go-to people" for help identifying experiential learning opportunities. And he has ample examples to back up his declaration. The Huntsville, Ala., native just wrapped up his fourth internship, spending this past summer with Walt Disney Imagineering in Glendale, Calif. Prior to that, he interned with both Federal-Mogul Corporation and the Boeing Company before spending last fall as an avionic test lab mechanical engineer with space exploration company SpaceX.

Of them all, says Peterson, "Disney was probably my most enjoyable experience. There was a ton of collaboration and a ton of teams, so that helps with the job." Though he is quick to admit that he wasn’t entirely sure what he’d be tasked with upon his arrival in Glendale. "I was like, why does Disney need engineers? What am I going to be doing?" he says with a laugh. "When I told my mom I was going to go work for Disney, she thought I was going to be the Mickey Mouse costume guy!" 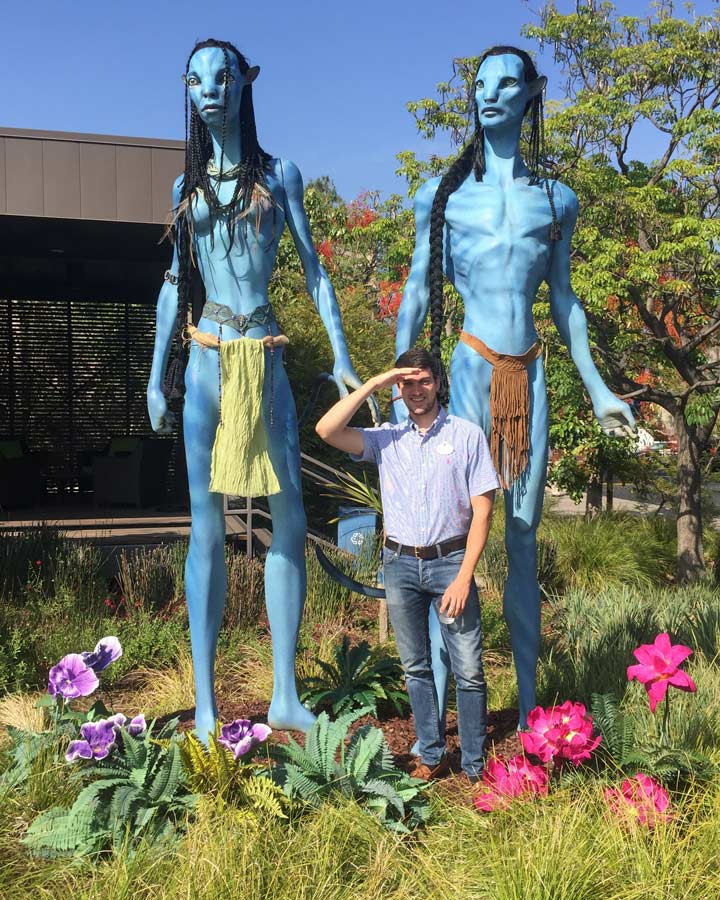 In addition to working at the park, Peterson also took the opportunity to enjoy its world-famous rides and attractions.

Of course now he knows better. "I think there are a lot of companies like Disney where students need to look into and understand what happens behind the scenes," he says, "because there are a lot of opportunities that you don’t see right away." Unlike with his other internships, however, he realized soon after starting at Disney that the company had its own way of talking about engineering – or rather, imagineering. "In places Alabama, no one really knows what imagineering is," he says, referring to the concept of making inanimate objects come alive through a combination of imagination and engineering. "But it’s really big in California and Florida where Disney is."

Peterson estimates that his internship experience was divided 30/70 between the park’s mechanical engineering department and its research and development department. "We basically worked on anything behind the scenes of the attractions that people don’t really realize, which gave me a new appreciation for when I go to theme parks," he says. "It kind of seems like magic, but now I realize what’s really happening is pretty amazing." Not surprisingly, the park’s popularity meant that there were times Peterson was required to pull an all-nighter to get his work done. "When you need to test things, you have to do it when nobody’s there," he says. "That was one of my favorite things. All the lights were on and nothing was hidden, so I could see how the rides worked."

Because he also spent time helping develop new rides and attractions, including an autonomous robot that will be in the upcoming Star Wars-themed lands planned for both Disneyland and Disney World, Peterson got a rare sneak-peek into the company’s future. "I pretty much know about anything that’s going to be in any Disney park in the next ten years, so that’s pretty cool!" And as anyone in his position would have done, he took the opportunity to visit the park as guest as well. "The new Guardians of the Galaxy ride was the most fun," he says, "but the Cars ride, Radiator Racers, had the best animatronics I’ve seen."

With the fall semester back in swing, Peterson is now back at UAH and focused on wrapping up his required senior design course before he sets off for San Francisco to complete an internship with Apple this spring. He’s hopeful this fifth and final experiential learning opportunity will enable him hone his expertise in electromechanical engineering and robotics so that he can return to Huntsville and start his own company. "I would really like to end up here because I think it’s a good, growing area," he says. "As long as the education continues to grow, then it will continue to be a good place."