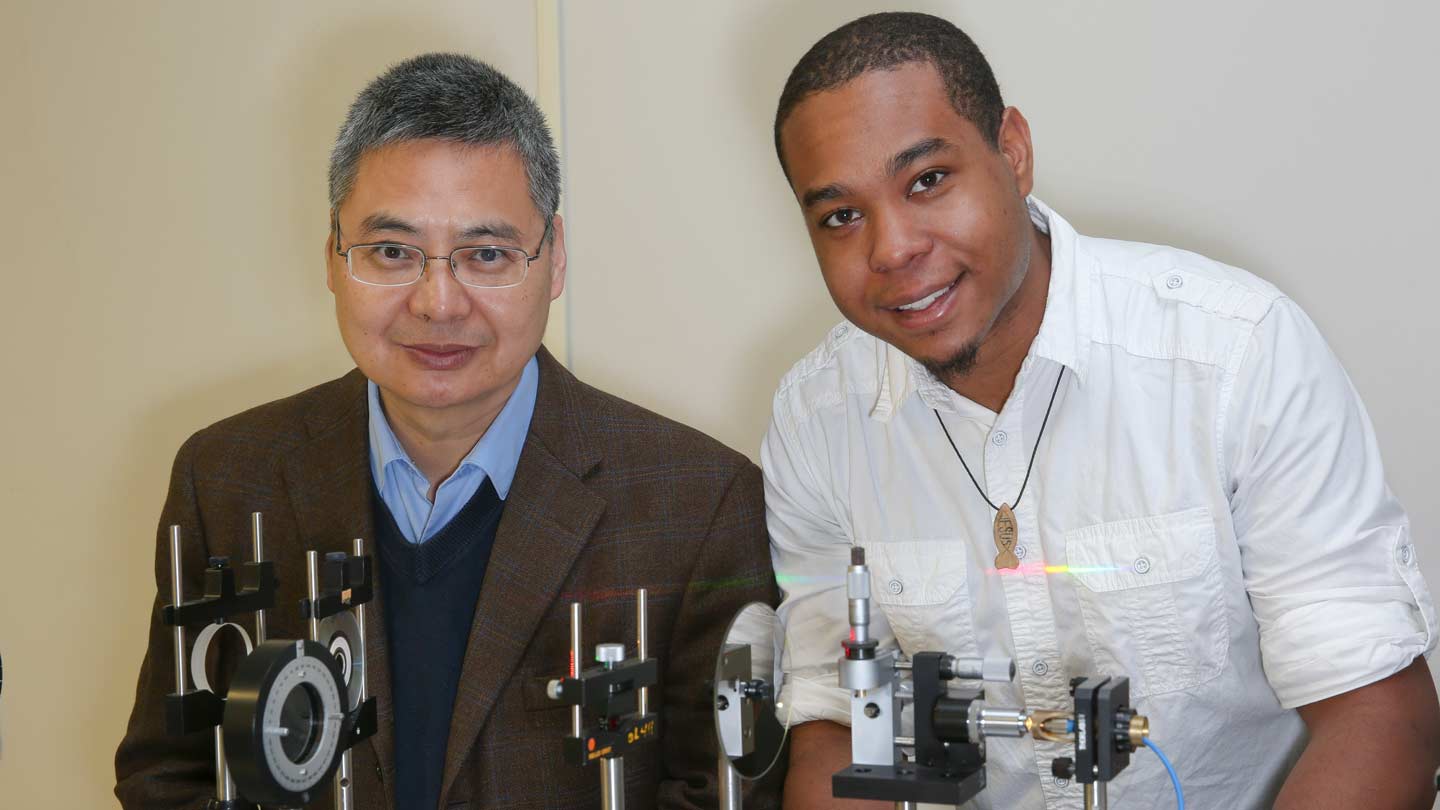 Kareem Garriga Francis was a senior at Sparkman High School when a super outbreak of deadly tornadoes hit Northern Alabama on April 27, 2011. "My neighborhood was blocked off on all sides," he says. "No one could get in or out for two weeks." Nor was he able to mail his acceptance letter to the university he planned to attend, which ended up wait listing him as a result. Instead, the Puerto Rican native enrolled in The University of Alabama in Huntsville (UAH) - and once there, he was able to complete a complex engineering project he'd been working on for over a year: building a multi-touch table. "I don't think I could have done that where I was planning to go!" he laughs.

For those who don't know, a multi-touch table "is like a giant tablet that a lot of people can use at the same time," says Francis. "I first saw one on a high school field trip to Redstone Arsenal." Yet when he asked the engineer there how to build it, he was told he'd never be able to do it. "I took that as a challenge and taught myself, even though that was something only crazy people did then," he says. "It took two years, but the process made me really start liking optics more and more. Then I got really involved in lasers and developed an obsession."

Thanks to a Gates Millennium Scholarship, which is awarded to high-achieving minority students with a demonstrated financial need, Francis was able to pursue that obsession at UAH as an optics and photonics major. That led him to Dr. Junpeng Guo, professor of optical science and engineering and the principal investigator of UAH's Nanophotonics and Plasmonics Lab. In the of spring 2014, Francis joined the lab staff as an undergraduate research assistant, and in the summer of 2015, he received a Research and Creative Experience for Undergraduates (RCEU) scholarship to make nanostructure silicon color filters in the cleanroom. "Working with Dr. Guo was one of the biggest blessings," says Francis. 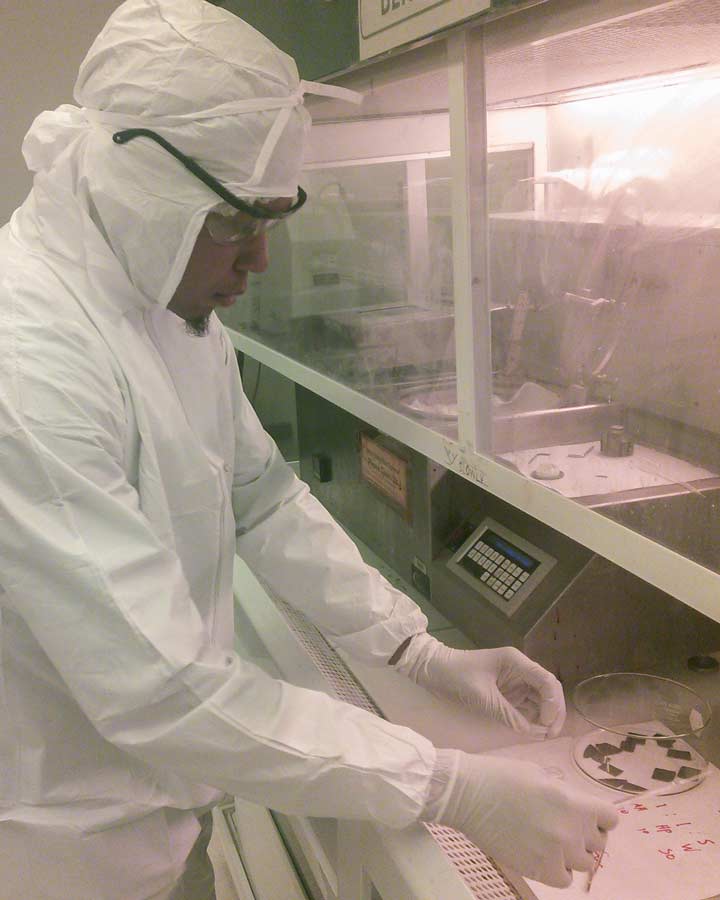 Though the Lab itself is primarily dedicated to exploring novel metal-dielectric-semiconductor plasmonic nanostructures to engineer and control plasmon-polaritons in the mesoscopic nanoscale, Francis' work focused primarily on creating a fiber sensor to minimally invasively detect glucose. "Instead of drawing blood you're placing the fiber on the skin and then using Raman spectroscopy to look for the glucose molecules," he says. Together with graduate research assistant Hong Guo, he was able to make a significant breakthrough. "No one has ever been able to get an even layer of spheres on a fiber, and we got to where we had an even layer in certain portions."

Francis' efforts outside of the lab proved just as successful. A GPA of 3.75 his freshman year earned him admission to Alpha Lambda Delta, the national honor society for first-year students. He was also inducted into Tau Beta Pi, the engineering honor society; Eta Kappa Nu, the honor society of the Institute of Electrical and Electronics Engineers; and the National Society for Leadership and Success. Those accomplishments - along with his myriad extracurricular activities - ultimately landed him two prestigious scholarships for graduate study: a National GEM Consortium Fellowship and a U.S. Department of Education Graduate Assistance in Areas of National Need (GAANN) Fellowship. Both will allow him to attend the Institute of Optics at the University of Rochester, where he was recently accepted as a Ph.D. candidate.

"It's highly regarded in the optics community and very hard to get into," he says, adding that his years working with Dr. Guo gave him an edge as an applicant. "They weren't looking at my GRE score but my research experience - and people know Dr. Guo." Before he starts there this fall, however, he'll spend the summer working at the MIT Lincoln Laboratory as part of his GEM fellowship. That's in addition to the time he's already putting in at Ierus Technologies, where he serves as an optics intern on their Lidar project, and Zaden Technologies, where he serves as a technical engineer and writer on their glucose detection project.

In short, a bright future awaits Francis, in part because of a fateful storm that derailed his plans and brought him to UAH. "At first I felt a bit disappointed that I was unable to go where I originally intended to go, but my experiences at UAH - specifically with Dr. Guo ­- have shaped and motivated me to become a better researcher," he says. "I wouldn't trade that for anything."