Rosalind McCullough, Brandon Fields, and Brittney Murray may have taken three completely different paths to get to The University of Alabama in Huntsville (UAH), but there's one thing they all have in common: they are all GEM Fellows.

"UAH has been a member of the National GEM Consortium for several years now, but Rosalind, Brandon, and Brittney are the first GEM Fellows we've been matched with since joining," says Dr. David Berkowitz, dean of Graduate School. "Needless to say, competition for these high-achieving students is fierce! They have a bright future ahead of them, and we're proud to be a part of helping them get there."

Founded in 1976, the National GEM Consortium is a network of universities, corporations, government labs, and research institutions focused on helping underrepresented students gain access to a graduate education in the science, technology, engineering, or math (STEM) fields. Those who apply to and are accepted as GEM Fellows receive a living stipend, full tuition and fees provided by a GEM university member, and paid summer internships with a GEM employer member. 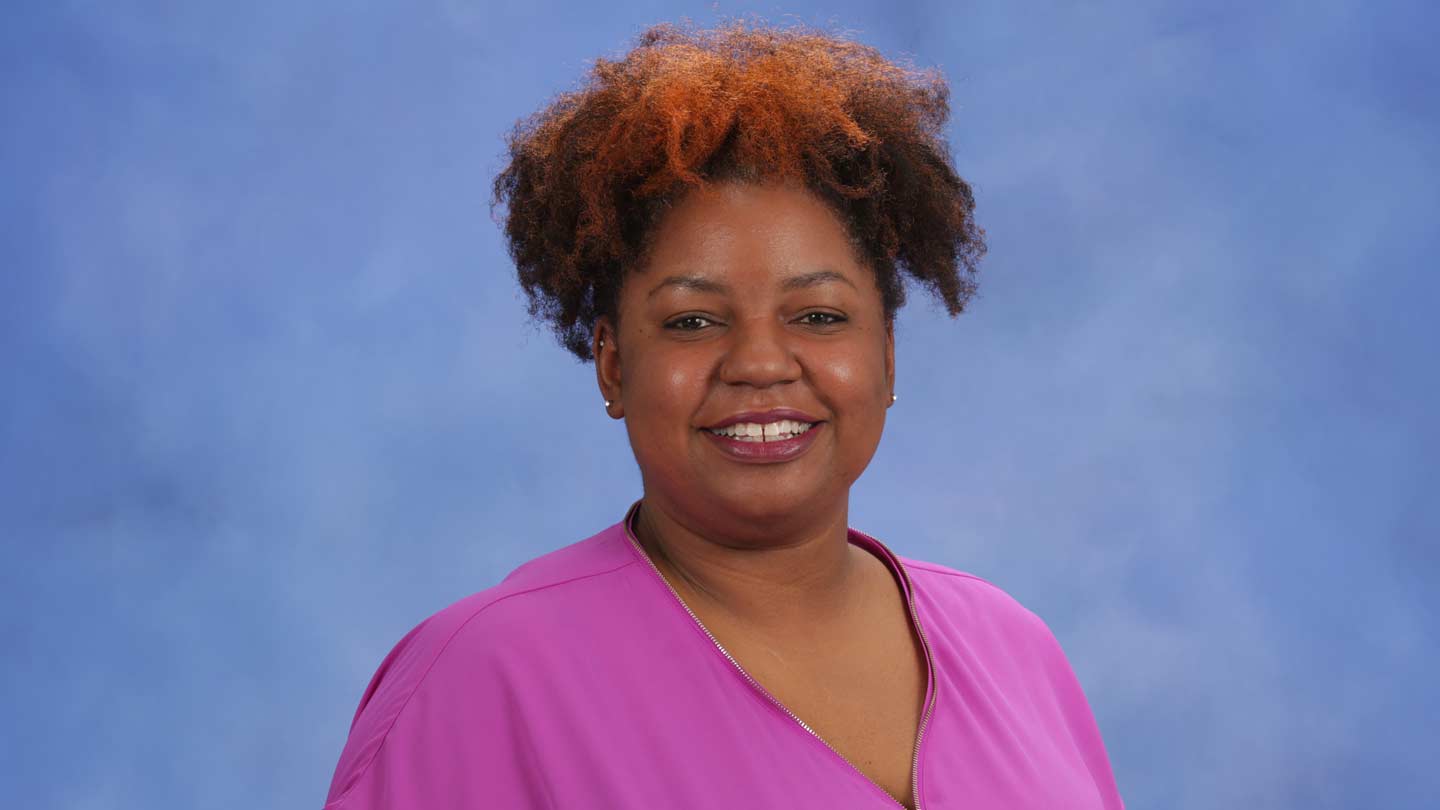 Rosalind McCullough is pursuing her Ph.D. in computer science at UAH.

A self-described military brat, Rosalind McCullough fully expected to enter the workforce as a security specialist after earning her bachelor's degree in information systems from the University of South Alabama. "But as I got more and more into it," she says, "I really enjoyed it." So she stayed on, working as a graduate teaching assistant to cover her tuition as she pursued her master's degree in the field.

It was only while deciding where to go for her doctoral degree, however, that McCullough learned about the GEM program. "Some friends were coming up to Huntsville, so I came up with them to check it out," she says. At the time, UAH was hosting their first Getting Ready for Advanced Degrees (GRAD) Lab, an interactive one-day symposium to introduce underrepresented students to both graduate education and the GEM program.

"I had a chance to speak one on one with the GEM representative, and he gave me some serious mentoring," she says. "He said you have to think about what you want to contribute. And that was the key thing for me. I am really passionate about STEM education, and when I see young women of color, I don't want them to think computer science is all nerdy guys in a basement. I want them to think, she's doing it and maybe I could too."

She was also impressed with what UAH itself had to offer, both in terms of curriculum and networking opportunities. "The cybersecurity aspect of UAH's computer science program interested me," she says. "And I knew about some of the partnerships between the computer science program and the companies around here, so that was also a big deal for me."

I am really passionate about STEM education, and when I see young women of color, I don't want them to think computer science is all nerdy guys in a basement. I want them to think, she's doing it and maybe I could too.

Needless to say, McCullough's application – both to UAH and to become a GEM Full Fellow – was approved. And this past summer, she completed her internship with GEM employer member Adobe, working on several security compliance projects as part of their network operations team. It was an experience she says she would love to repeat. "I'm only required to do one internship, but it's Adobe so of course I want to do another one!"

As for her Ph.D., McCullough says she hopes to complete it in "somewhere between four and five years" depending on the research involved. And in the meantime she's doing her part to spread the word about the GEM program to others through her volunteer work with young women in the STEM fields. "I tell them GEM is at the top of the list if you want to get your master's or Ph.D., because there is a need for diversity in higher education," she says. "Diversity of people means there's diversity of thought." 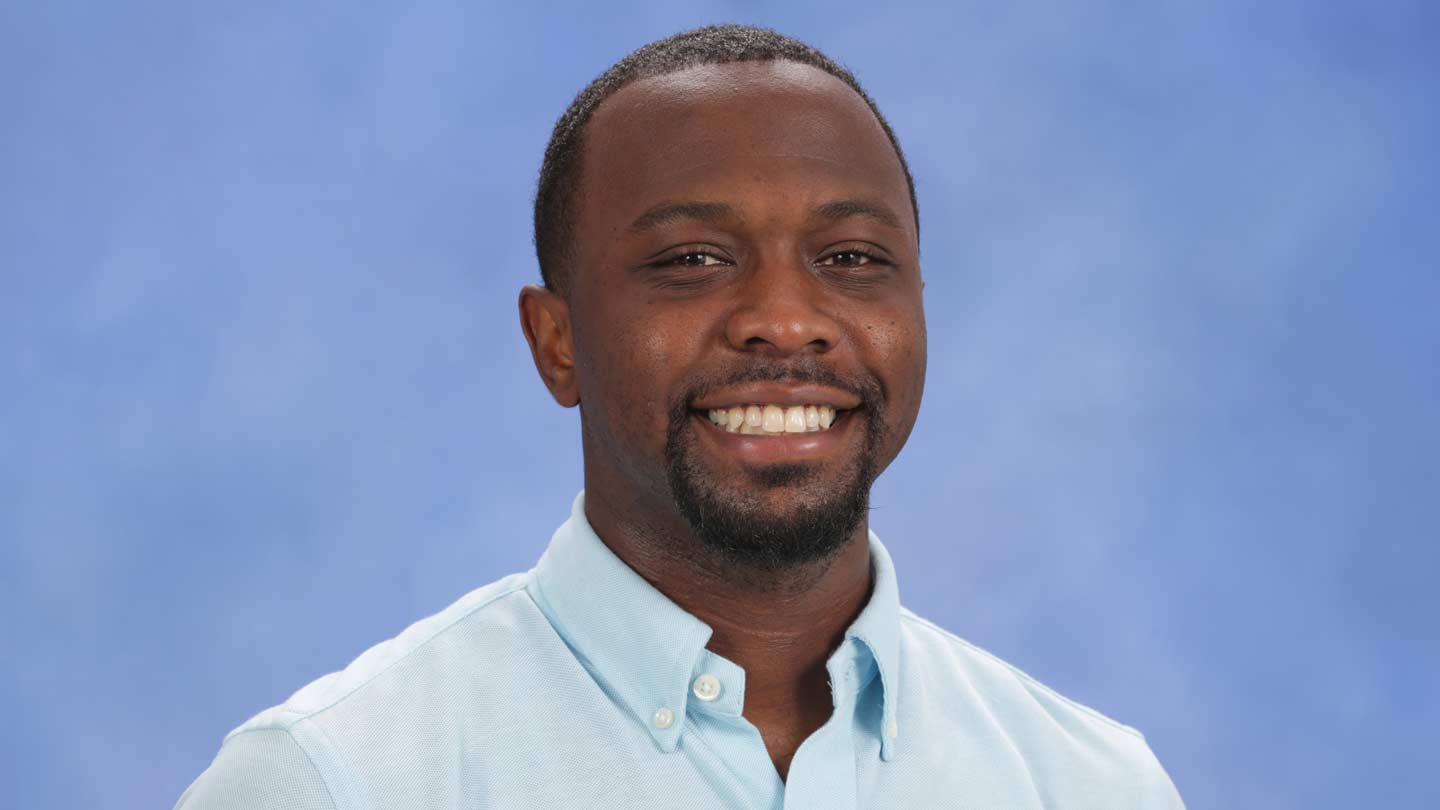 Brandon Fields is pursuing his master's degree in computer science at UAH.

Growing up in Birmingham, Ala., Brandon Fields had never heard of computer science. "I thought that meant learning Excel or fixing computers," he says with a laugh. But after his mother encouraged him to take a couple of computer science courses the summer before his freshman year at Tuskegee University, Fields was hooked. "I don't know where I'd be if it wasn't for her!" he says.

After earning his undergraduate degree in the field, Fields decided to seek full-time employment, first working for Raytheon in Tucson, Ariz., before accepting SAIC's offer of a software engineering job on Redstone Arsenal. Soon after, he began taking classes at UAH. "I realized how much I really missed school," he says. "And once I started thinking about going full time, I realized that with a GEM fellowship I could finish in only two semesters."

To learn more, he attended UAH's GRAD Lab – and, like McCullough, he was inspired by what he heard. "There was a GEM Fellow from Birmingham who had gone to a historically black college – the same background as me – and that kind of pushed me to want to do more than I was already doing," says Fields. "It's powerful to see someone who looks like you doing something you want to do."

That momentum carried him through the application process, and this past spring, Fields learned he'd been accepted as a GEM Full Fellow. He was also matched for an internship with GEM employer member the Aerospace Corporation, which he completed this summer. "They're conducting research on cutting-edge technologies, so they had a lab full of cool things that we were trying to figure out how to hack," he says.

It's powerful to see someone who looks like you doing something you want to do.

Now he's counting down to his graduation date as a full-time student, something he says "would have taken a lot longer" without GEM's financial support. "When I was working, it was tough taking classes at the same time," he says. "So I can't say I wouldn't have done it, but this helps me focus on school and have continuity. It frees up my mind so I'm not worried about paying my bills."

And once he's done? Fields say he's hoping to land a software-related job in defense, where he will likely serve as a role model for future GEM Fellows. "One thing I've observed is a lot of people just don't know what these fields are," he says. "They don't see people who look like them in the field. And that's not to say you should hire people based on their race or gender, but if they come in and see people like myself, it will help them feel more comfortable."

Brittney Murray is pursuing her master's degree in biology at UAH.

As an officer in the U.S. Army, Brittney Murray already knows a little something about inspiring others. While pursuing her undergraduate degree in biology at the U.S. Military Academy in West Point, N.Y., Murray was active in the school's STEM outreach program, visiting middle and high schools across the nation to educate and recruit minority and underserved students. "We would host different workshops and then incorporate ethics into them," she says, "asking what the students would do in a certain situation."

And during her sophomore year, she was selected to take part in West Point's Excel Scholars program, which identifies high-achieving cadets and provides them with mentoring and other resources to ensure successful matriculation. "They advised us on which classes to take and what research to do so that graduate schools would consider us, helped us prepare for the GRE, and introduced us to the fellowship opportunities available," she says.

I would definitely go to a GRAD lab and try to help people understand what it means to be a GEM fellow...

At the time, however, Murray was unsure about attending graduate school right away. It was only when she realized that a GEM fellowship would enable her to continue research similar to the malaria work she'd begun at West Point that she decided to apply. "I'm required to serve five years in the military but the Army gives you a break so you can finish school," she says. "So I applied for a GEM fellowship so I could become a microbiologist in the Army."

Murray received a GEM University Fellowship, which covers the cost of tuition but does not include a stipend or internship with a GEM employer member. But after being accepted, Murray still opted to complete an internship this past summer with a GEM employer member, the Lawrence Livermore National Lab in Livermore, Calif. "I had a great time out there," she says. "We were looking at the gut microbiome and trying to determine if antibiotics affect the way we metabolize Tylenol. It was a great opportunity and a plus that the Lab was part of the GEM program, because it's exactly the experience they want you to get."

With graduation now looming, Murray feels confident this chapter will mark the end of her academic career - at least for now. "I will continue to serve in the military," she says. But she's not ruling out returning one day for her Ph.D. or medical degree. Either way, she will continue to do what she can to help others find academic and professional success. "I would definitely go to a GRAD lab and try to help people understand what it means to be a GEM fellow, because that's ultimately what made me take a second look at furthering my education."