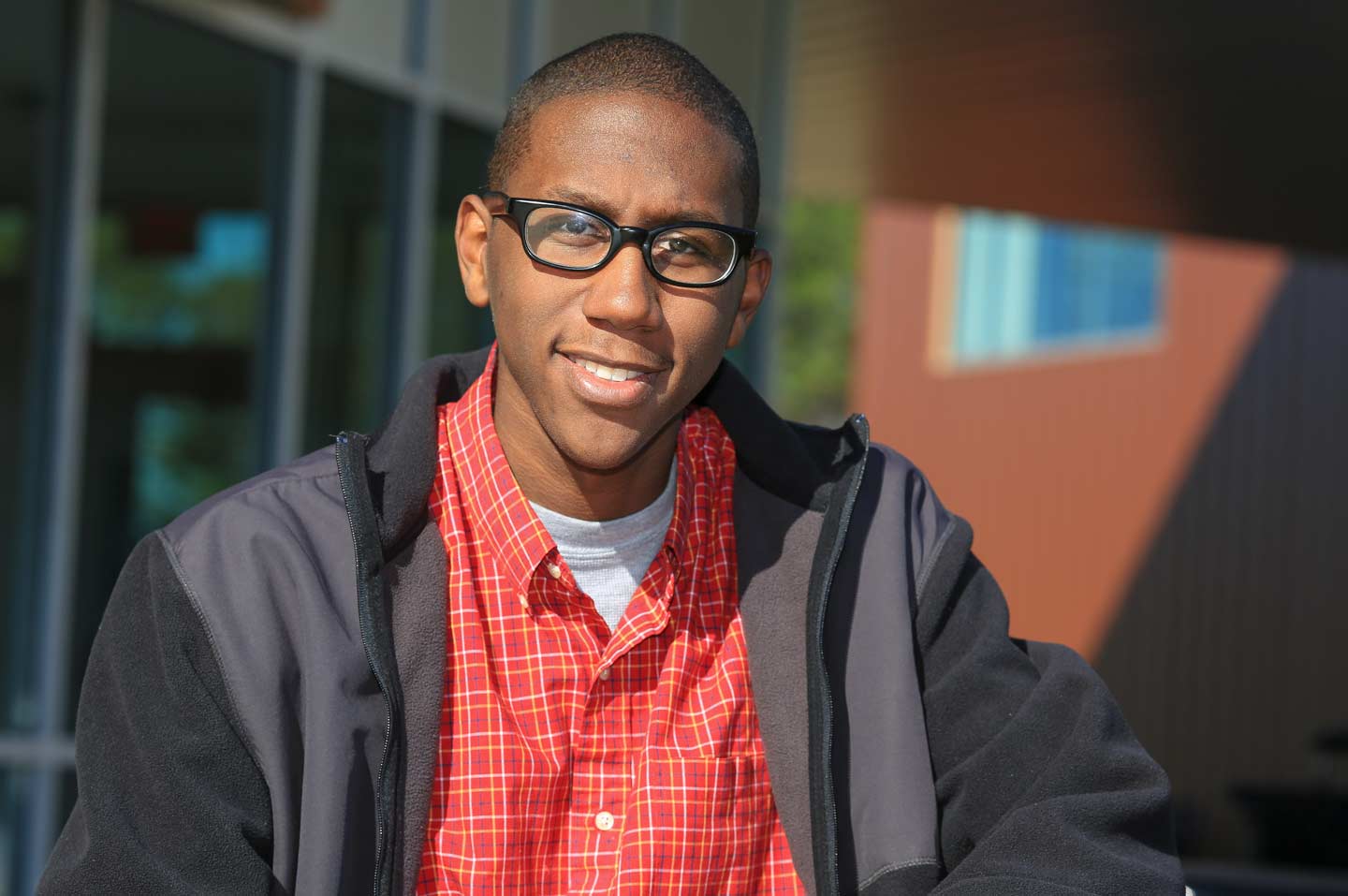 UAH computer science major Nicholas West is planning to pursue a career as a cybersecurity professional after graduation.

Nicholas West’s classmates knew what they were doing when they voted him "Most Likely to Succeed" his senior year of high school. After receiving an Alabama Opportunity Scholarship Fund (AOSF) scholarship to attend the prestigious McGill-Toolen Catholic High School in Mobile, Ala., West maintained a 4.0 GPA while taking AP classes and leading the school’s Hi-Q Team to a second-place finish in the 2015 national championship.

He then landed a merit tuition scholarship that allowed him to come to The University of Alabama in Huntsville (UAH) – in no small part because of his determination to ace the ACT. "I took at least 15 practice tests," he says. "I kept going until I got at least a 32 or higher!" Now a sophomore, West still manages to earn straight As as a computer science major and a math and Spanish minor. "In high school I taught myself how to program C, C++, Java, and Python, so I wanted to come to UAH, which had a better computer science program than any other university in the state."

In recognition of his accomplishments and as a beneficiary of the AOSF, West was recently invited to speak at the Alabama Coalition School Choice Rally in Montgomery, Ala. "My mom is a single mom with five kids, so it got hard when it came to sending all of us to McGill," says the Mobile County native, who was slated to attend a failing public school before being awarded the scholarship. "But they said because of how well I did, they were able to get my brother into the program this year."

Now West is looking ahead to graduating from UAH on time in spite of a heavy course load. Thankfully, he has a secret weapon – a habit that he picked up his senior year of high school and still uses to this day. "Every weekend I lay out what I need to do and what’s due for the next two weeks and I stick to that schedule," he says. "It takes me a couple of hours but it helps me keep up so I’m not doing things at the last minute."

Those time management skills should prove even more useful after graduation, when West will no doubt be even busier than he already is. "My hope is to work for the FBI’s Cyber Division as a field agent," he says. "I feel like that would be the best way to help people, and I’ve always wanted to travel." No matter where he ends up, however, West’s hard work and perseverance ensure he will continue to live up to his classmate’s superlative.