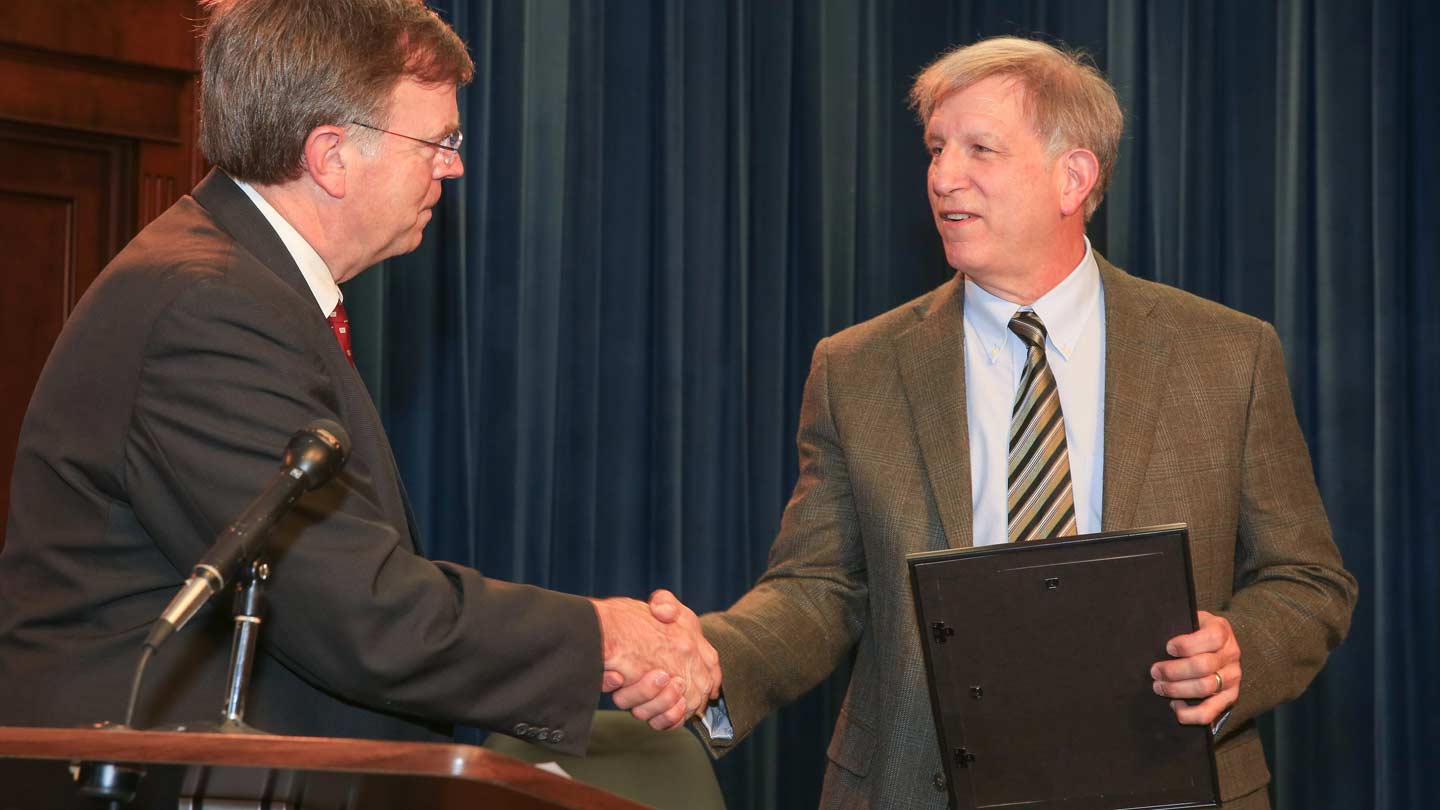 Dr. Emrich, an engineer at NASA's Marshall Space Flight Center in Huntsville, Ala., and a part-time fission propulsion lecturer at The University of Alabama in Huntsville (UAH), will receive the national honor for his work in nuclear thermal rocket propulsion at the AIAA Propulsion and Energy Forum and Exposition July 27-29 in Orlando, Fla. Only one such award is made each year.

We also appreciate that Dr. Emrich shares his experience and enthusiasm with UAH students by teaching a propulsion class in his specialty and authoring a book that will inspire the next generation of engineers and scientists.

Dr. Emrich is the project manager for the megawatt-class Nuclear Thermal Rocket Element Environment Simulator (NTREES). He's receiving the award for his work conceiving, designing and bringing the simulator to operational status. He also teaches in UAH's Mechanical and Aerospace Engineering Dept.

The award brings honor and attention to Dr. Emrich as well as to NASA's work at MSFC and to Huntsville, said Mayor Battle, who noted that the city has the highest concentration of engineers in the nation.

"It's certainly well known that the work led by Dr. Emrich at Marshall may significantly cut down the travel time to Mars," said Mayor Battle. "Dr. Emrich's research in nuclear fuels may even enable people to travel to distant worlds unreachable with today's chemical rocket engines. No surprise to us that this groundbreaking research is happening in the Rocket City."

The AIAA Engineer of the Year Award is presented to a member of AIAA who, as a practicing engineer, has made a recent, individual contribution in the application of scientific and mathematical principles leading to a significant technical accomplishment. Dr. Emrich's application for the award was made by the AIAA Greater Huntsville Section.

"NASA is proud of Dr. Emrich's accomplishments and this award is a testament to his level of professionalism and expertise," said Tom Williams, director of Marshall's Propulsion Systems Dept. "Huntsville engineers like Dr. Emrich are advancing technologies that are critical to our journey to Mars." 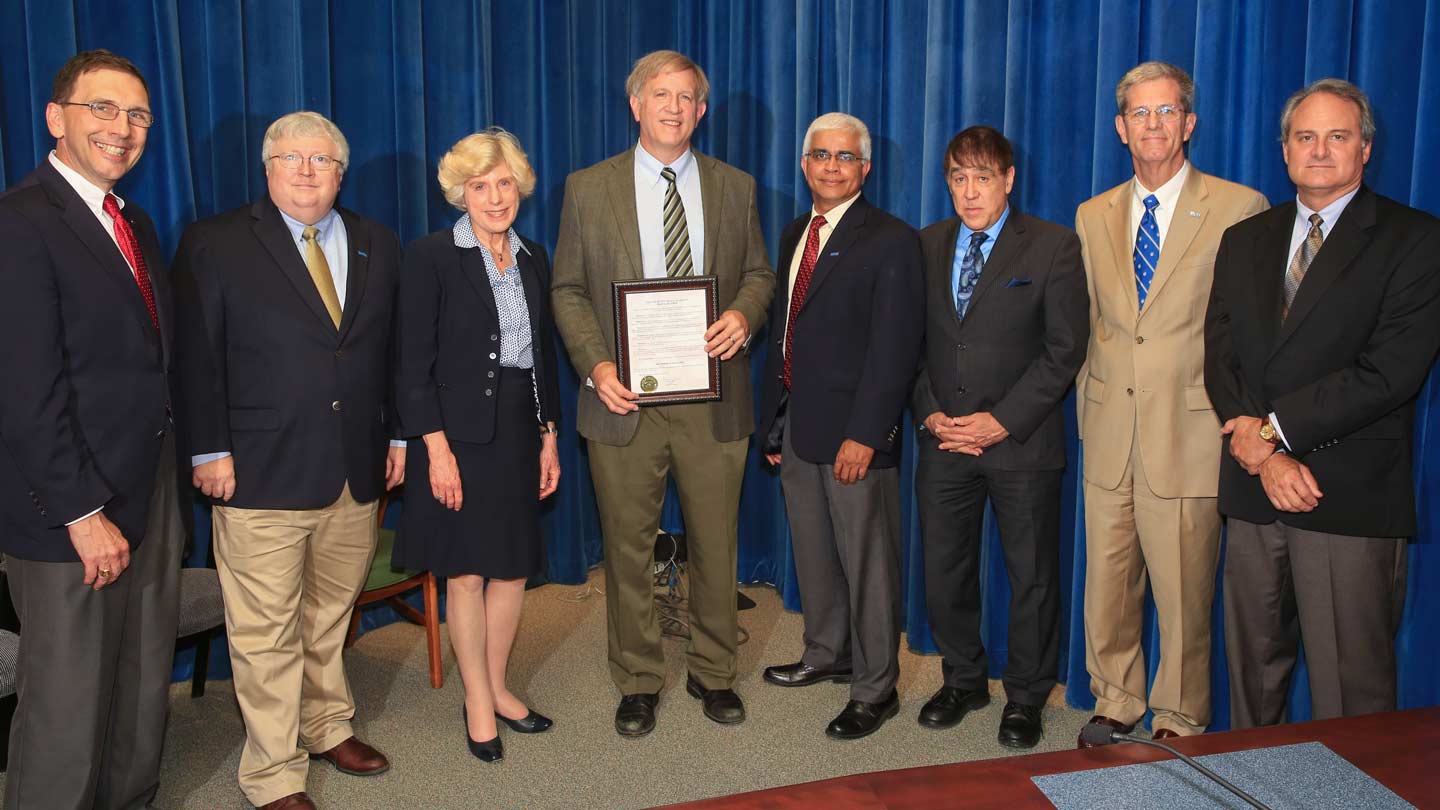 Nuclear thermal rockets are one technology being tested for vehicles traveling to Mars and other destinations in the solar system. These engines have the potential to provide high thrust at efficiencies at least twice that of today's best chemical engines.

NTREES allows engineers and researchers to perform realistic, non-nuclear testing of prototypical nuclear rocket fuel elements by creating an environment that simultaneously reproduces the power, flow and temperature conditions that the fuel element would be expected to encounter during actual nuclear engine operation. While radiation effects cannot be reproduced by NTREES, it is expected these effects will be relatively less important than the thermochemical effects resulting from the high temperatures and chemically corrosive propellant flows.

"I have long felt that to truly open the solar system to human exploration some type of nuclear engine will be needed," Dr. Emrich said. "One reason I enjoy teaching at UAH is because it is one of the best ways I can influence the next generation of engineers and explorers who will make contributions to the field of nuclear engineering."

To help train young engineers in the field of nuclear propulsion, Dr. Emrich petitioned UAH to support the teaching of a course on nuclear rocket propulsion.

"I taught the first nuclear rocket propulsion course in 2006," Emrich said. "I quickly realized that there was no textbook on the subject, so I wrote one, which is now in the process of being published. The class has gotten more popular as time has gone on, and I now teach the course every other spring semester."

"We also appreciate," Dr. Fredericks said, "that Dr. Emrich shares his experience and enthusiasm with UAH students by teaching a propulsion class in his specialty and authoring a book that will inspire the next generation of engineers and scientists."