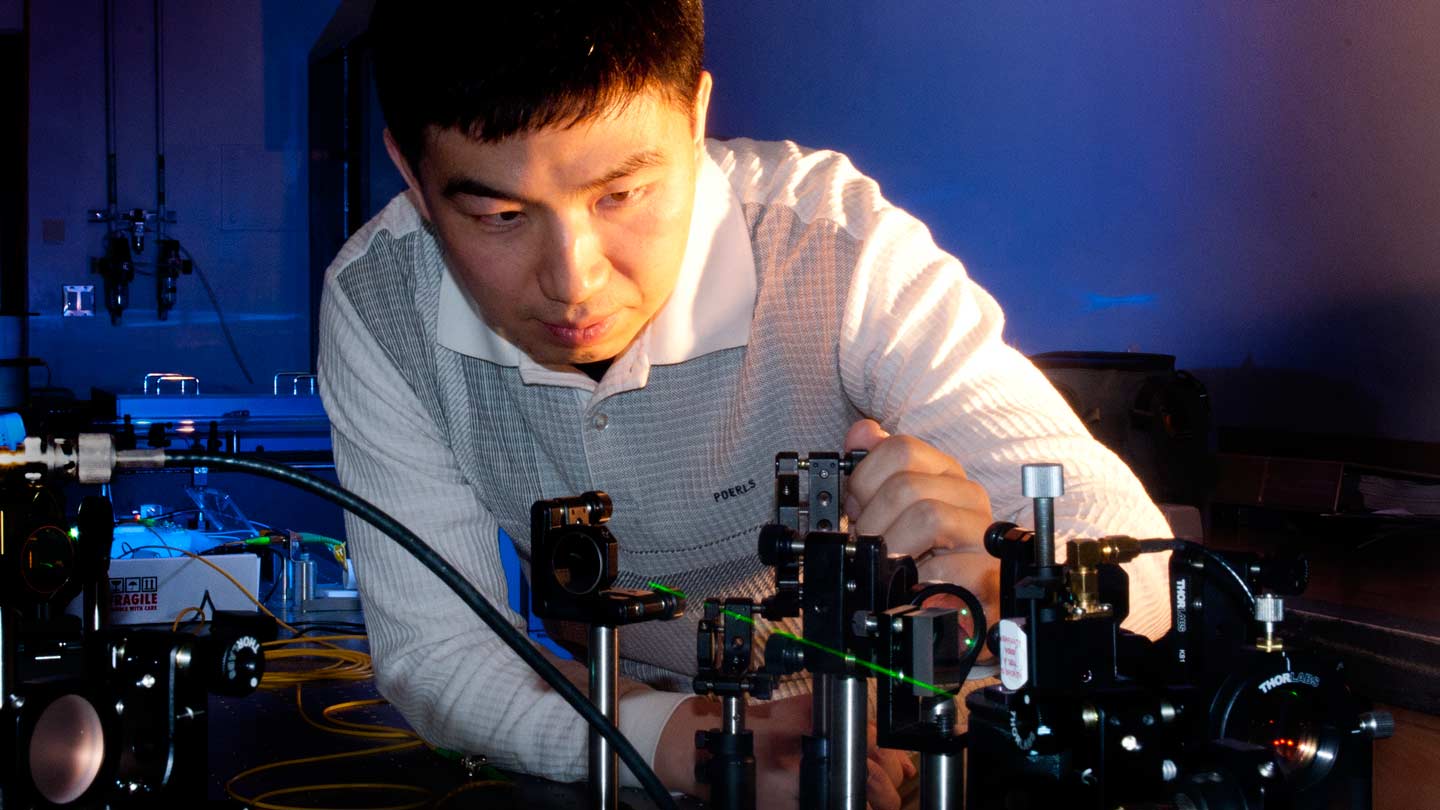 Dr. Lingze Duan, associate professor of physics at The University of Alabama in Huntsville (UAH), has been named a senior member of the Institute of Electrical and Electronic Engineers (IEEE).

"Typically, by the time a member is eligible for the senior membership, he or she most likely has already played key roles in IEEE-designated fields or in the IEEE organization," says Dr. Duan. "In my particular case, I have been a regular reviewer for several IEEE journals for more than 10 years, I contribute papers to IEEE published journals and IEEE organized conferences, and I also participate in activities organized by the IEEE Huntsville Section."

In addition, Dr. Duan has served on the committee of the local optics professional society, the Huntsville Electro-Optical Society, where he was in charge of organizing monthly seminars and the yearly local conference. He thinks his senior membership will serve to strengthen the presence of IEEE at UAH.

"In the long run, developing close ties with major professional societies such as IEEE is always beneficial for the university in terms of gaining resources, opening up networking channels and raising university reputations," he says.