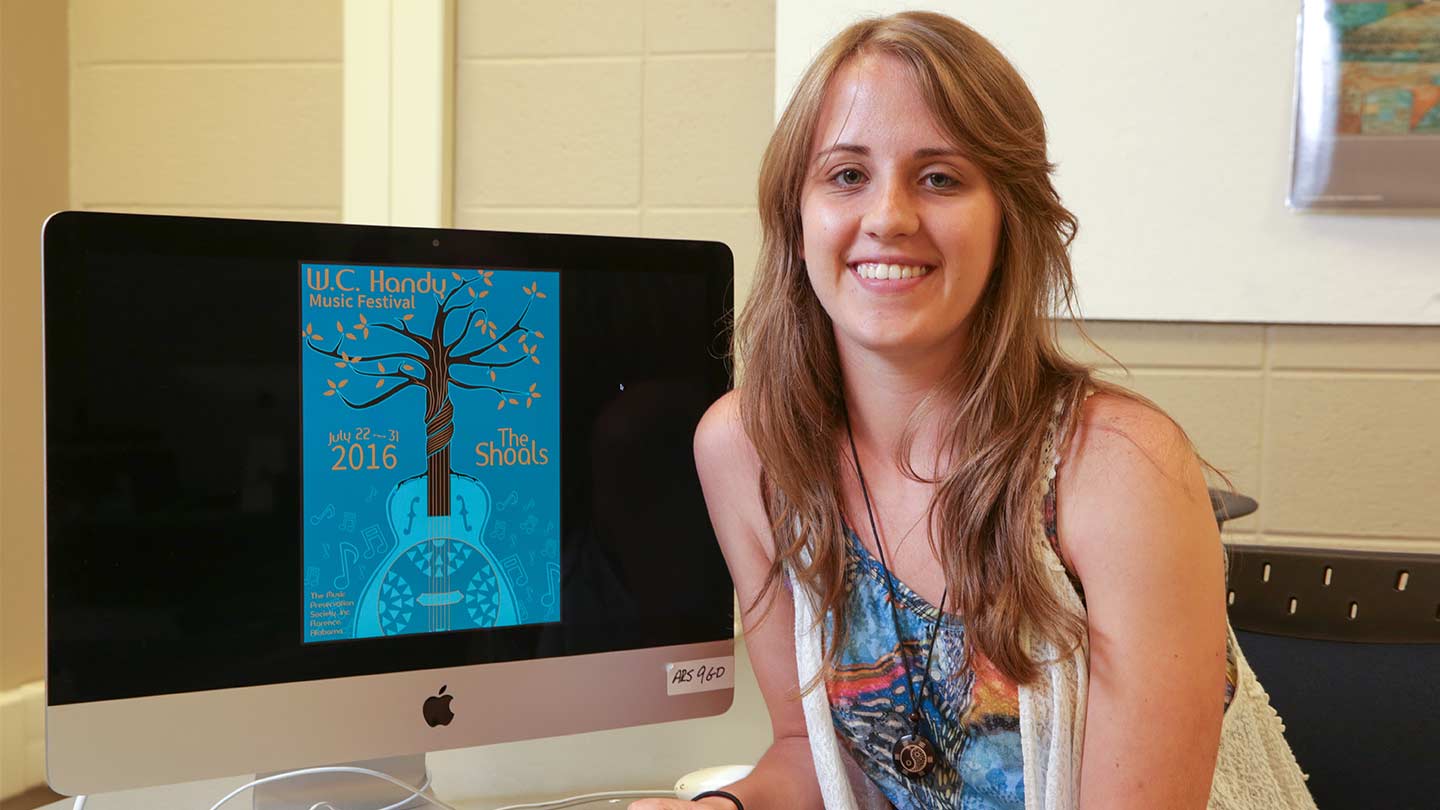 Jessica Layne hadn’t even heard of the W.C. Handy Music Festival – let alone the Festival’s annual logo competition – when her graphic design class was assigned to come up with a poster for the ten-day celebratory event. So it came as something of a surprise when she learned that her design had been selected as the judges’ favorite from among over two-dozen entries. I thought I would enter the competition for the experience, but I didn’t think I had a chance to win, says the senior electrical engineering and graphic design double major at The University of Alabama in Huntsville (UAH). I was shocked and thankful!

Layne began with four designs before narrowing them down to the one she ended up submitting, a tree whose roots form the strings of a guitar. Some of them included images of W.C. Handy, mason jars, and other musical instruments, she says. It took a couple of days to decide on the final version and colors. Even then, she had seen the other designs that were done by her classmates and was doubtful that hers would be chosen. I was afraid that it was too different, she says. But it seems like that was a good thing. I believe that I won because my design was different from the rest.

The same could be said of Layne, who joins an exclusive few at UAH who have chosen to major in both science and the arts. I chose my engineering major because of my family history and because I had always planned on being an engineer, she says. And I chose my graphic design major because I have always had an interest in art, and I found an interest in graphic design here at UAH. As for what she plans to do when she graduates, Layne has yet to decide. I will have to choose one or the other most likely, she says, though I could work as an engineer but freelance as a graphic designer.

For now, however, the Harvest, Ala., native is just focused on finishing up her education. I am in my fifth year here at UAH due to my double major, a co-op position, and my part-time schedule, she says. In fact she was in the middle of a meeting at work when she got the call about winning the competition from a member of the Music Preservation Society. I’m sure it was very entertaining when I listened to that voicemail and got all excited in the office, she laughs. And while it didn’t necessarily advance her career, the cash prize has come in handy as she looks to her future. I used it to buy a few things for our new house that we will be moving into this summer!