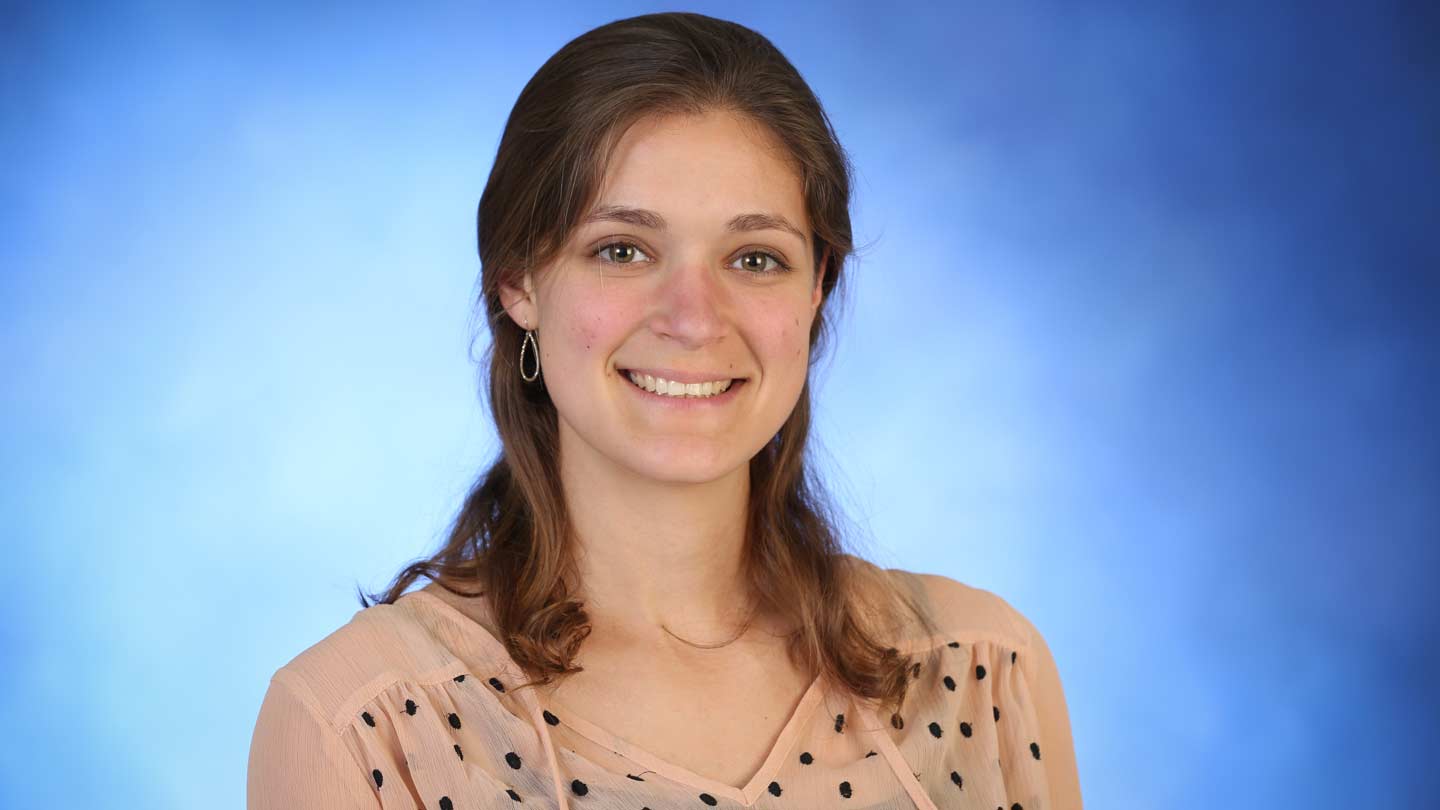 UAH senior Erin Looney, a double major in history and mechanical engineering, will be recognized with the Highest Academic Achievement Award from both the College of Engineering and the College of Liberal Arts at May’s commencement ceremony.

Rare is the student who chooses two majors that combine science and the arts. Rarer still is the one who succeeds equally at both. That's why senior Erin Looney, an Honors student double majoring in history and mechanical engineering at The University of Alabama in Huntsville (UAH), is being recognized at next month's commencement with the Highest Academic Achievement Award from both the College of Engineering and the College of Liberal Arts.

"My dad's family is humble, so when I told my mom, she said I shouldn't be another bashful Looney," says the Huntsville, Ala., native who maintains a 4.0 GPA. "She said, 'This isn't just for you, but it's for all your professors and friends and family. It's an award that a lot of people have contributed to.' So that made me feel a lot better!"

Looney was nominated for each award at the departmental level. "We start with GPA, examine the difficulty of courses taken, outstanding works or papers, quality of participation in class, and that kind of thing," says Dr. Stephen Waring, Chair of the History Department. A vote by the departmental chairs then determines the winner at the college level. "We think Erin's achievements in history and mechanical engineering are unprecedented."

I fully exerted myself and got a heck of an education – and it’s gotten me into some of the best institutions in the country.

Needless to say, the faculty of the Department of Mechanical and Aerospace Engineering is in agreement. "I found the combination of her intelligence and her breadth of academic interest to be unique in my 25 years of teaching," says chair Dr. Keith Hollingsworth, who also presented Looney with the department's award for Outstanding Mechanical Engineering Student. Adds Dr. George Nelson, who serves as Looney's advisor, "She is self-directed, has a great attitude, and does not back down from challenging material - I don't think there's too much more to look for in a student."

At first glance, mechanical engineering seems like the more obvious choice. Looney, after all, is the daughter of two engineers and the granddaughter of one. But upon arriving at UAH, she decided to focus instead on history - specifically, the history of science. "I love that people were more free with what they could study as a scientist than they are now," she says. "They were so passionate about knowledge."

It was at her parents' suggestion that she decided to add another major in engineering two years later. "I picked mechanical engineering because it's the most broad and I could figure out what I wanted to do," she says. And eventually, she learned to love it just as much. "To get passionate about engineering you need all the tools first, so there's a higher price of admission than history. But I decided while I was doing it that it was really interesting."

Looney drew from both fields for her senior capstone project on Climategate for the College of Liberal Arts and her thesis on enzymatic fuel cells for the Honors College. While working on the latter, she accompanied Dr. George Nelson, assistant professor of mechanical and aerospace engineering, to Oak Ridge National Laboratory. "It's way cooler than you think shooting invisible beams of neutrons through something!" she says with a laugh.

Now she plans to further that research by pursuing a graduate degree in sustainable energy systems, a decision she says was influenced by her experience as a cryogenics intern at Ball Aerospace & Technologies her junior year. "I enjoyed working there but I also realized I would not have the freedom I want with just a bachelor's degree." The only question is where - Georgia Tech, MIT, and Carnegie Mellon have all offered her funding to attend.

Fortunately, the pressure to decide is offset by Looney's knowledge that academic success often has much less to do with what school you attend than with how hard you're willing to work. After all, she was initially reluctant to enroll in UAH. "A 'hometown school' is not what I saw for myself in high school, but I came here because I live here," she says. "So I might not have come in with the best attitude!"

But four and a half years later, she feels the opposite. "I saw the real potential you could get out of this school if you put your mind to it," she says. "I fully exerted myself and got a heck of an education - and it's gotten me into some of the best institutions in the country." It's also earned her well-deserved recognition as the top student in two colleges, a fact that only further proves Looney's point. "What you get out," she says, "is what you put in."