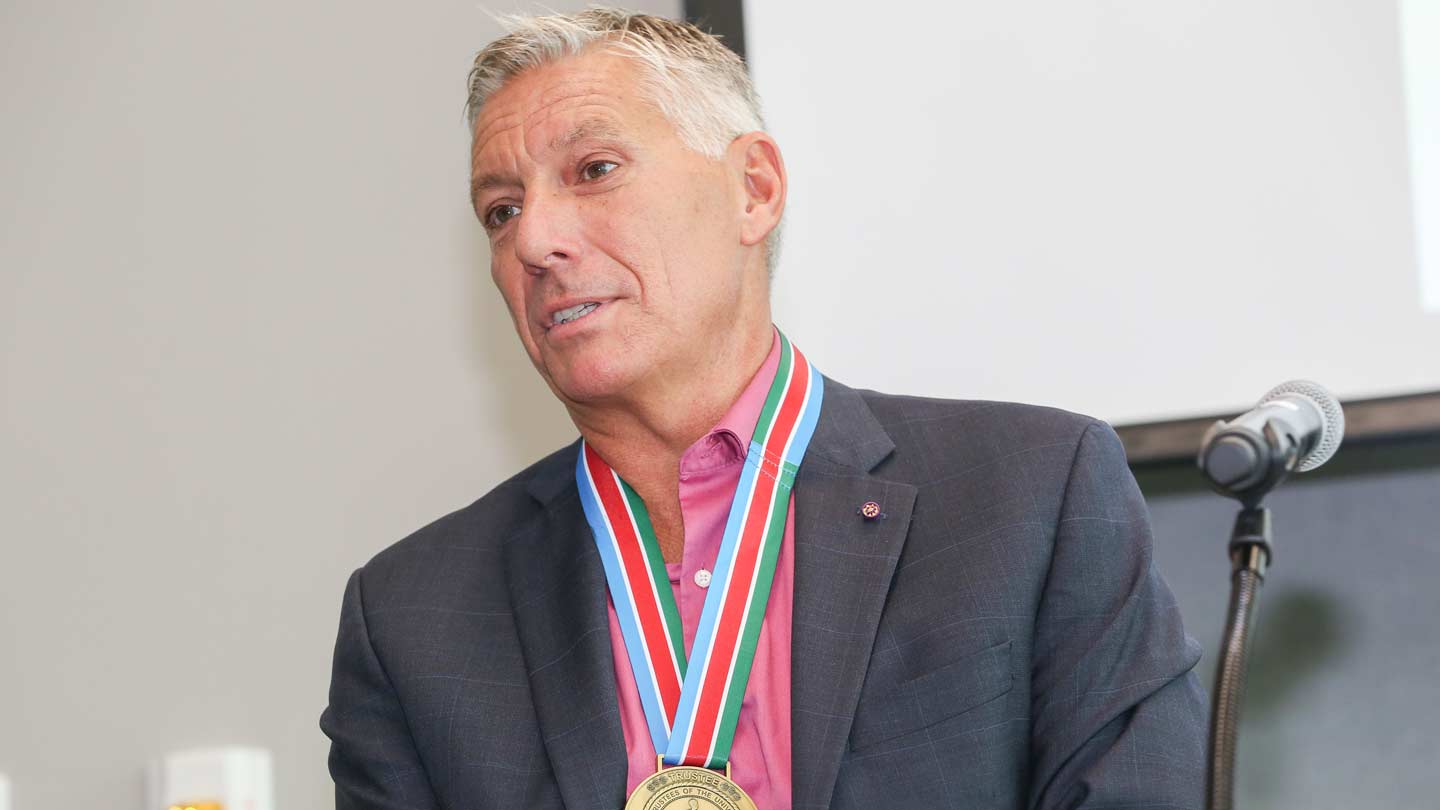 Dr. Gary Zank shortly after being named the University of Alabama Board of Trustees trustee professor.

Dr. Gary Zank, director of the Center for Space Plasma and Aeronomic Research (CSPAR) and chair of the Department of Space Science at The University of Alabama in Huntsville (UAH), will speak on three current space missions of scientific discovery as a distinguished speaker at the National Science Foundation's (NSF) Distinguished Lecture Series in Mathematical and Physical Sciences.

The speaking invitation spans the realm of the physical and mathematical sciences. Nobel Prize winners have been featured among the speakers in the past two years. A program of NSF’s Directorate for Mathematical and Physical Sciences (MPS), the Distinguished Lecture Series in Mathematical and Physical Sciences brings together media and members of the public to a series of lectures intended to promote discussion of issues that scientists expect to shape their research in the coming years. The lectures attract an audience of scientists and engineers from across the NSF.

"My presentation is quite general since the audience will not be specialists in plasma physics, other than a few, and I thought that people might like to hear a little about two or three of the most exciting missions of discovery that we have happening today," says Dr. Zank, who is the University of Alabama Board of Trustees trustee professor and the Aerojet Rocketdyne chair in Space Science.

"One is of course the venerable Voyager Interstellar Mission, with Voyager 1 now in the interstellar medium (ISM) exploring a plasma environment that we never expected to explore in situ, and Voyager 2 is poised to enter the ISM, too," he says. "At the other end of the scale is the exploration of the sun's atmosphere, which will cap a 50-plus-year quest to understand why we have a solar wind at all."

A member of the National Academy of Sciences, Dr. Zank is leading a partnership comprising nine universities in Alabama in a $20 million, five-year EPSCoR effort to develop new predictive plasma-surface interaction technologies for the nation’s aerospace, manufacturing, energy, environment and agricultural sectors.

Dr. Zank is also a recipient of the AOGS Axford Medal, the highest honor given by the Asia Oceania Geosciences Society (AOGS), an organization equivalent to the American Geophysical Union (AGU). The medal acknowledges an individual for outstanding achievements in geosciences, including planetary and solar system science, as well as unselfish cooperation and leadership in Asia and Oceania. Oceania refers to the broader Pacific Ocean region excluding the Asian region.

"In heliophysics, we are in something of a golden age scientifically," he says, "in that we're trying to answer fundamental questions that were asked at the dawn of the space age."