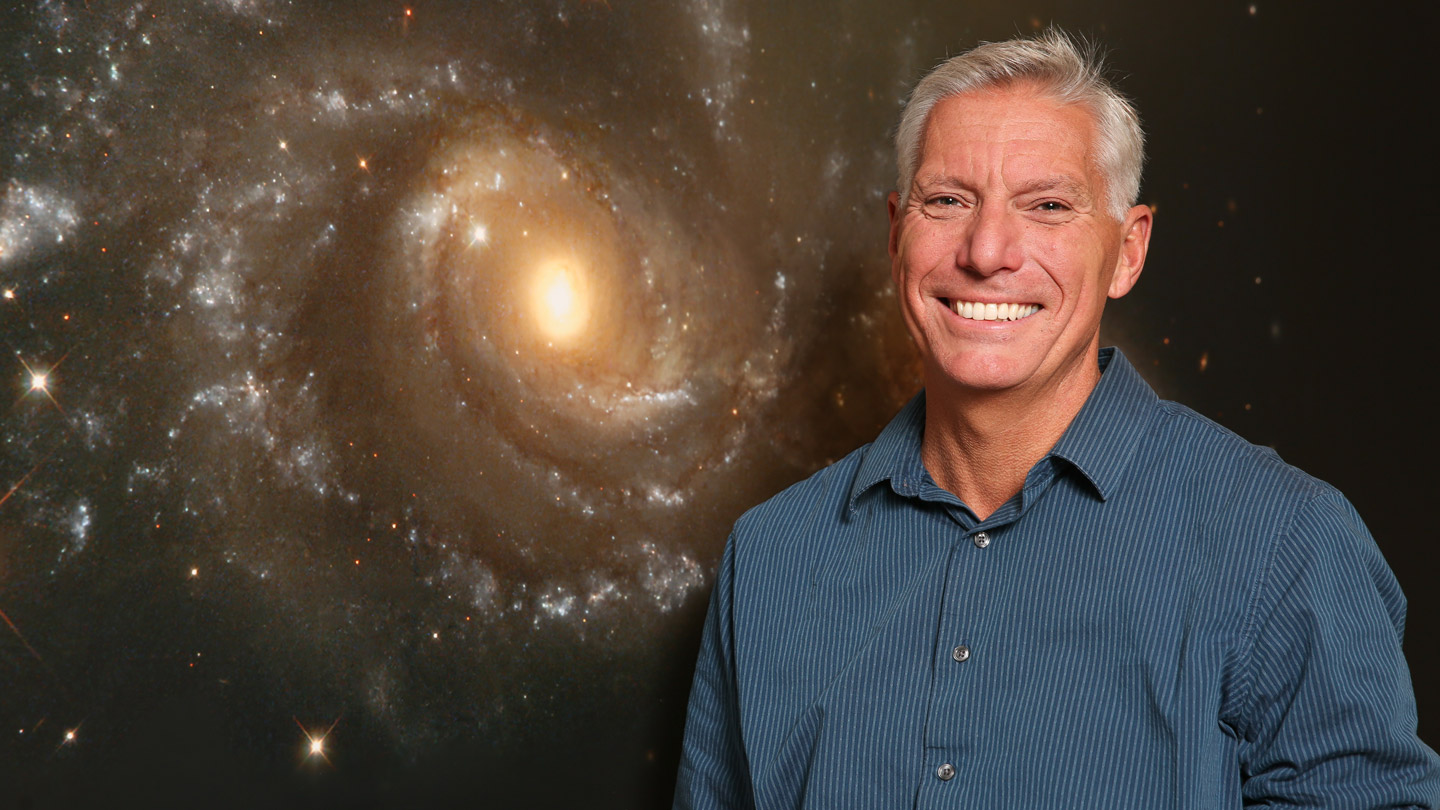 Dr. Gary Zank says the success of the SWEAP instrument "has been one of the great satisfactions of my research life."

The Parker Solar Probe (PSP) Solar Wind Electrons Alphas and Protons (SWEAP) team at The University of Alabama in Huntsville (UAH) is part of the entire PSP team that will receive the NASA Silver Achievement Medal on Nov. 12 in Parsons Auditorium of the Johns Hopkins University Applied Physics Laboratory (APL).

Leadership from NASA and the APL will present the award to the Parker Solar Probe team.

The medal is awarded to government and nongovernment individuals or teams by NASA Center directors for a stellar achievement that supports one or more of NASA’s core values, when it is deemed to be extraordinarily important and appropriate to recognize such achievement in a timely and personalized manner.

"This is wonderful recognition of our efforts," says Dr. Gary Zank, director of UAH’s Center for Space Plasma and Aeronomic Research (CSPAR) and the Aerojet Rocketdyne chair of the university’s Department of Space Science. "The NASA Silver Achievement Award to the team is recognition of countless hours and late nights by all involved."

The PSP is streaming data from the SWEAP instrument suite to NASA and then to UAH, where the SWEAP team is analyzing it.

A Faraday cup that is part of PSP’s SWEAP array was designed, created and tested by a partnership between UAH, MSFC and the SAO to sample the solar wind while exposed directly and traveling closer to the sun than spacecraft from Earth have ever been.

Aboard as part of SWEAP are two Solar Probe Analyzer instruments known as SPAN-A and SPAN-B. With a wider area of coverage, the SPAN devices collect particles and sort them through a series of deflectors and voltages based on their mass and charge. SPAN-A measures electrons and ions. SPAN-B is dedicated to electrons only.

"With a team from UAH's Department of Space Science and the MSFC, I was fortunate to help lead a joint effort with Justin Kasper at SAO in proposing for the SWEAP instrument on the then Solar Probe Plus mission," says Dr. Zank, who is also a University of Alabama Board of Trustees trustee professor and an eminent scholar and distinguished professor.

"After winning the proposal and then the lengthy development and its many ups and downs, the fantastic success of the instrument and the data returned has been one of the great satisfactions of my research life."

"Parker Solar Probe is fulfilling its promise of being one of the great defining missions of this generation," Dr. Zank says. "It’s shedding light on numerous questions that have gone unanswered for over 50 years."