Are we alone in the universe? UAH’s Dr. Gary Zank doesn’t think so 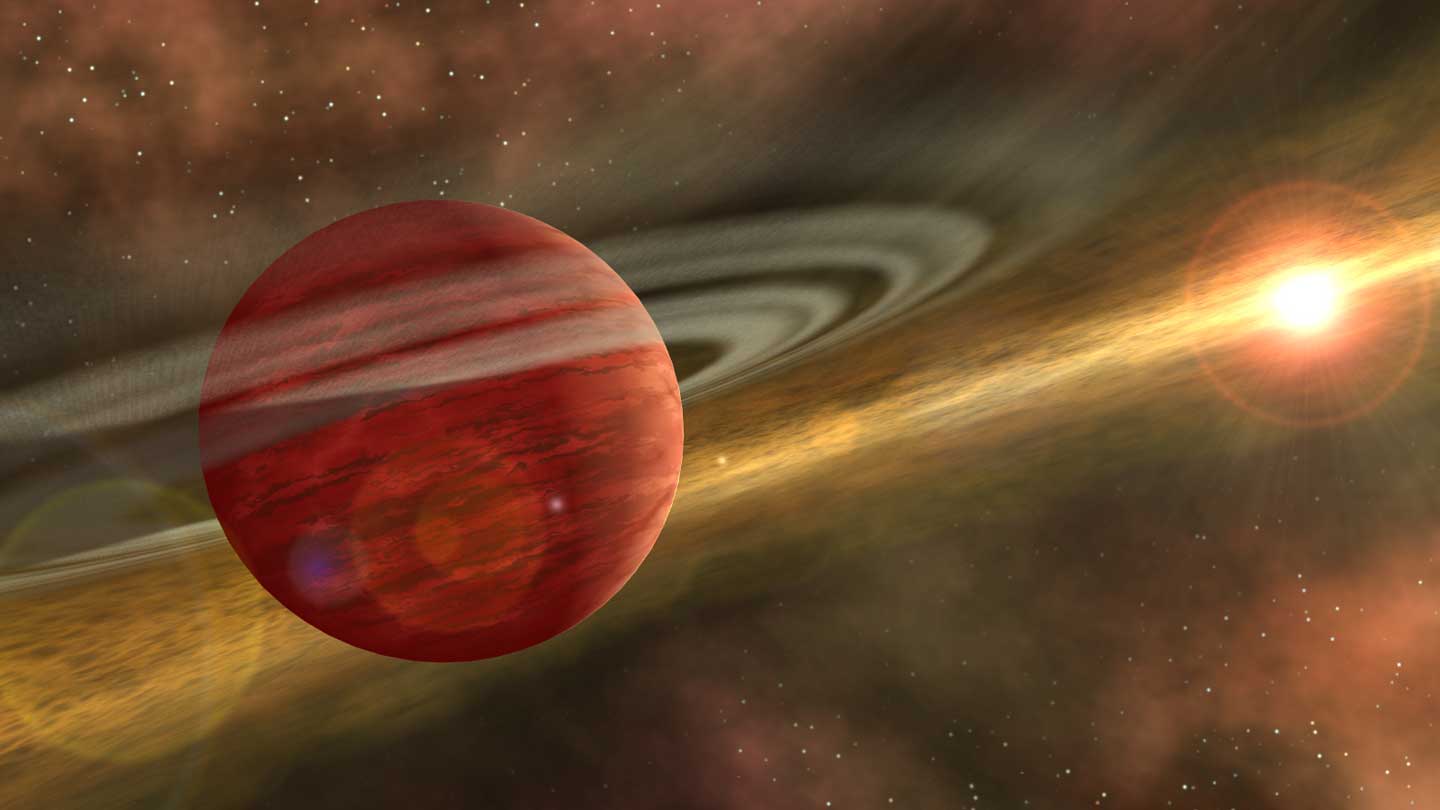 An artist's concept of the co-rotating disk of gas and dust that scientists think forms exoplanets through centrifugal action.

Hello? Is there anybody out there? 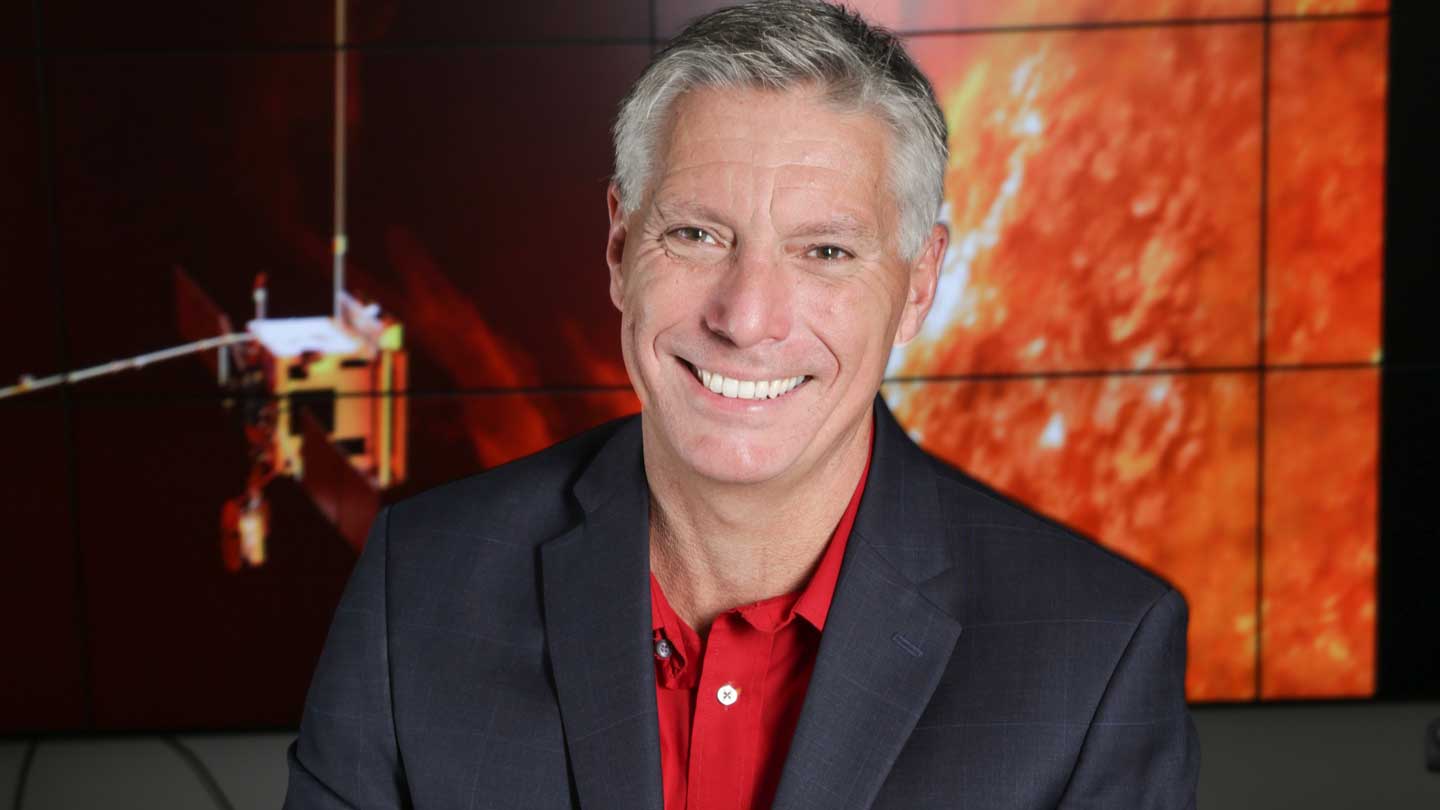 The continuing search for extraterrestrial life will transform the nature of our understanding of humanity, says Dr. Gary Zank.

It's one of humankind's most interesting questions. Are we alone in the universe? Is Earth the singular planet supporting life among the billions and billions of planets circling stars light years away?

With his collaborators, Dr. Zank, director of the UAH Center for Space Plasma and Aeronomic Research (CSPAR) and the Aerojet Rocketdyne chair of the Department of Space Science, has examined the effect of space weather in early planetary systems. That research probed how shock waves are driven from the sun and how it generates very energetic particles.

"This is important because energetic interplanetary particles can drive interesting and important chemistry in an atmosphere," says Dr. Zank, who is a member of the National Academy of Sciences.

"One idea that's also applicable to exoplanets is that the less hospitable early atmosphere of the Earth was changed by numerous shock waves driven off a sun that was more active than it is now, accelerating copious amounts of energetic particles that then helped modify the atmosphere creating more oxygen, perhaps water, etc."

UAH researchers and their collaborators also used the Hubble Space Telescope to examine nearby stars at different stages in their stellar lives to determine how their winds changed over billions of years.

"This effectively provided a history of the solar wind, and helped us explain why Mars lost its atmosphere," Dr. Zank says. "The solar wind was much stronger in the days when the sun was young, and without a Martian magnetic field, the solar wind can simply erode the atmosphere away."

It's almost inevitable that virtually every star possesses its own solar-like exoplanet system, based on how we think stars form from the coagulation of interstellar gas, he says. An exoplanet, or extra-solar planet, is one outside our solar system.

"This gravitational collapse of a cloud of gas to form a star typically creates some form of co-rotating disk made of the remnants of the gas cloud that produced the star and so the heavier material tends to collect closer to the star and lighter material further from the star, like a centrifuge," says Dr. Zank.

"Further coagulation of the disk material leads eventually to planets and the like, and their composition will depend on where they were located relative to the star – rocky planets are likely closer in and gaseous planets are likely further away."

The challenge is to observe exoplanets and confirm the expectation that they exist.

"Observational techniques have become ever more sensitive, allowing for the detection of progressively smaller planets and ones orbiting quite close to the star," he says.

Dr. Zank and his UAH colleagues, Department of Space Science professor Dr. Gang Li and CSPAR post-doctoral research assistant Dr. Junxiang Hu, are among the scientists looking for the factors that make conditions correct for exoplanets to fall into the so-called Goldilocks Zone – they're not too hot and not too cold, but just right to possibly nurture life.

Like our sun, the so-called G-type or G-class stars radiate more light toward the infrared end of the spectrum and look promising for exoplanetary life. And there are lots of them, including our nearest neighbors, Alpha Centauri A and B, a binary system composed of two G-class stars.

"If nothing else then, I would expect that a sizable fraction of these solar-like stars would possess some planets that resemble the Earth, Mars and Venus, as well as some of the gas giant planets like Jupiter and Saturn," Dr. Zank says. "It is so hard to argue that the Goldilocks Zone has to resemble the Venus-Earth-Mars regions, since our experience of what life is and how it forms and evolves is based on a single sample" – our own.

"Based on a single sample, I think it's presumptuous to suppose that life forms have to be carbon-based," he says. "To be honest, I'm not even sure that we understand fully what life is or can define it, and I suspect that with the development of increasingly sophisticated artificial intelligence, we blur our understanding of life even more."

While science works toward an encompassing definition of life, the planetary conditions under which carbon-based life may arise have been pretty well defined by our own experience.

"The key is that there is energy available to convert, whether it is stellar warmth or thermal activity or something else," Dr. Zank says. "That may require an evolving, tectonically active planet."

Because long-term stability of conditions is critical to ensuring the slow process of evolution of life, it's probably important that some form of planetary shield such as a planetary magnetic field is present, Dr. Zank says, to preserve an atmosphere or other conducive conditions.

"It doesn't have to be a magnetic field to preserve an atmosphere," he says. "It may be an ice covering, as on Europa, that maintains a perhaps stable liquid ocean for eons."

Dr. Zank says that if nearly every star has a planetary system and there are a huge number of G-class stars like the sun with planetary systems like our own, future research into extraterrestrial life could prove to be quite revealing.

"I think that the search for life in this and the next few decades will transform, not just our science, but the very nature of our understanding of humanity."