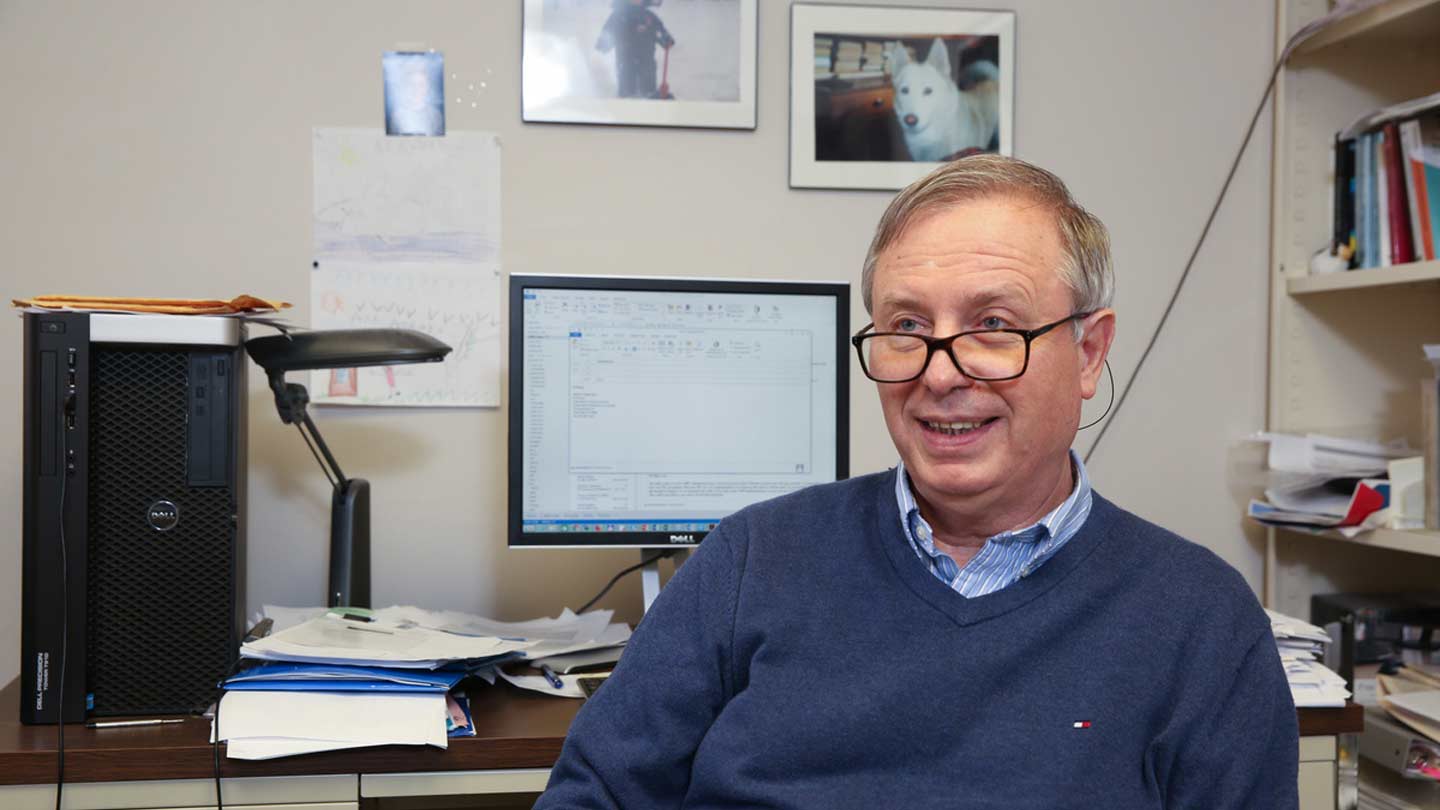 The National Science Foundation (NSF) and NASA have awarded $3.2 million over three years to development of open-source solar atmosphere and inner heliosphere software models useful to predict space weather, a project led by The University of Alabama in Huntsville (UAH), a part of the University of Alabama System, with a UAH professor as principal investigator.

“We will develop an innovative, publicly available software that would make it possible to perform space weather simulations starting from the sun’s photosphere and extending to Earth orbit,” says Dr. Nikolai Pogorelov, a distinguished professor in UAH’s Department of Space Science and the UAH Center for Space Plasma and Aeronomic Research (CSPAR).

“This project is aimed to develop a new data-driven, time-dependent model of the solar corona and inner heliosphere to predict the solar wind’s properties at Earth's orbit,” he says.

“This software will have a modular structure, which will make it possible for its users to modify the individual components when new observational data sets become available from emerging space missions and our knowledge of the physical processes governing solar wind acceleration and propagation improves.”

In addition to the inner heliosphere model, the team will develop a new solar surface transport and potential field models to describe the solar atmosphere. That work will be done at Predictive Science Inc. and Space Systems Research Corp.

“All our codes will be easily extensible for further development,” Dr. Pogorelov says. “We expect that our software will serve the heliospheric and space weather research communities for many years.”

The effort focuses on the physical and computational aspects of software development but the team will use MSFC’s expertise to develop operational codes and add some features designed to simplify space weather community efforts to create new operational tools to improve space weather predictions.

“The development of successful numerical models and their application to space weather modeling strongly depends on the observational data used to run the codes,” says Dr. Pogorelov. “The expertise of GSFC and MSFC in data assimilation and analysis, and operational software design, will be of major importance for this project.”

Dr. Pogorelov is the leading developer of the Multi-Scale Fluid-Kinetic Simulation Suite (MS-FLUKSS), which will be used as a basis of the new software. He will coordinate software development and ensure a proper level of synergy. He will also promote the inclusion of the codes in students’ class projects.

Together with Dr. Pogorelov and a to-be-hired postdoctoral researcher, CSPAR researchers and co-investigators Dr. Tae Kim and Dr. Mehmet Yalim will supervise simulations in the inner heliosphere and perform quantitative evaluation of the simulation results.

“The solar wind emerging from the sun is the main driving mechanism of solar events, which may lead to geomagnetic storms that are the primary causes of space weather disturbances that affect the magnetic environment of Earth and may have hazardous effects on space-borne and ground-based technological systems, as well as human health,” he says. “For this reason, accurate modeling of the solar wind is a necessary part of space weather forecasting.”

Structuring of the solar wind into fast and slow streams is the source of recurrent geomagnetic activity, Dr. Pogorelov says. The largest geomagnetic storms are caused by solar coronal disturbances called coronal mass ejections (CMEs) that propagate through and interact with the solar wind.

“The connection of the interplanetary magnetic field to CME-related shocks and impulsive solar flares determines where solar energetic particles propagate,” he says. “Data-driven modeling of stream interactions in the background solar wind and CMEs propagating through it are necessary parts of space weather forecasting.”

“The new models will provide more accurate solutions and will all be scalable on massively parallel systems, including Graphics Processor Units,” he says.

“In addition to improving space weather predictions at Earth, our developed models and software will be data driven. They will be based on the observational data and shed light onto physical processes occurring on the sun and in interplanetary space.”

The research efforts will include conferences and training programs targeted to increase diversity and inclusion of under-represented groups, both inside the participating institutions and in the entire heliophysics community. Two users’ meetings will be organized at UAH, with up to 40 participants across the country.

The developed software will be promoted in classes and also through the US-Germany-South Africa Space Weather Summer Camp and NSF Research Experiences for Undergraduates (REU) activity at UAH. Its advances will also be shared with the Alabama plasma physics community through the NSF Established Program to Stimulate Competitive Research (EPSCoR) led by Dr. Gary Zank, chair of UAH’s Department of Space Science and CSPAR director.

“The project led by Dr. Pogorelov is the culmination of more than a decade of extraordinarily wide-ranging research activities that CSPAR and the Department of Space Science researchers have been engaged in, ranging from the physics of the large-scale heliosphere to particle acceleration models for solar energetic particles, heating of the solar corona and detailed solar wind models,” Dr. Zank says.

“Dr. Pogorelov’s project combines all these elements and takes the research to a new level of predictive capability,” Dr. Zank says. “This is a remarkably exciting decade for heliophysics research and it's very exciting that CSPAR and UAH are very much at the center of it."