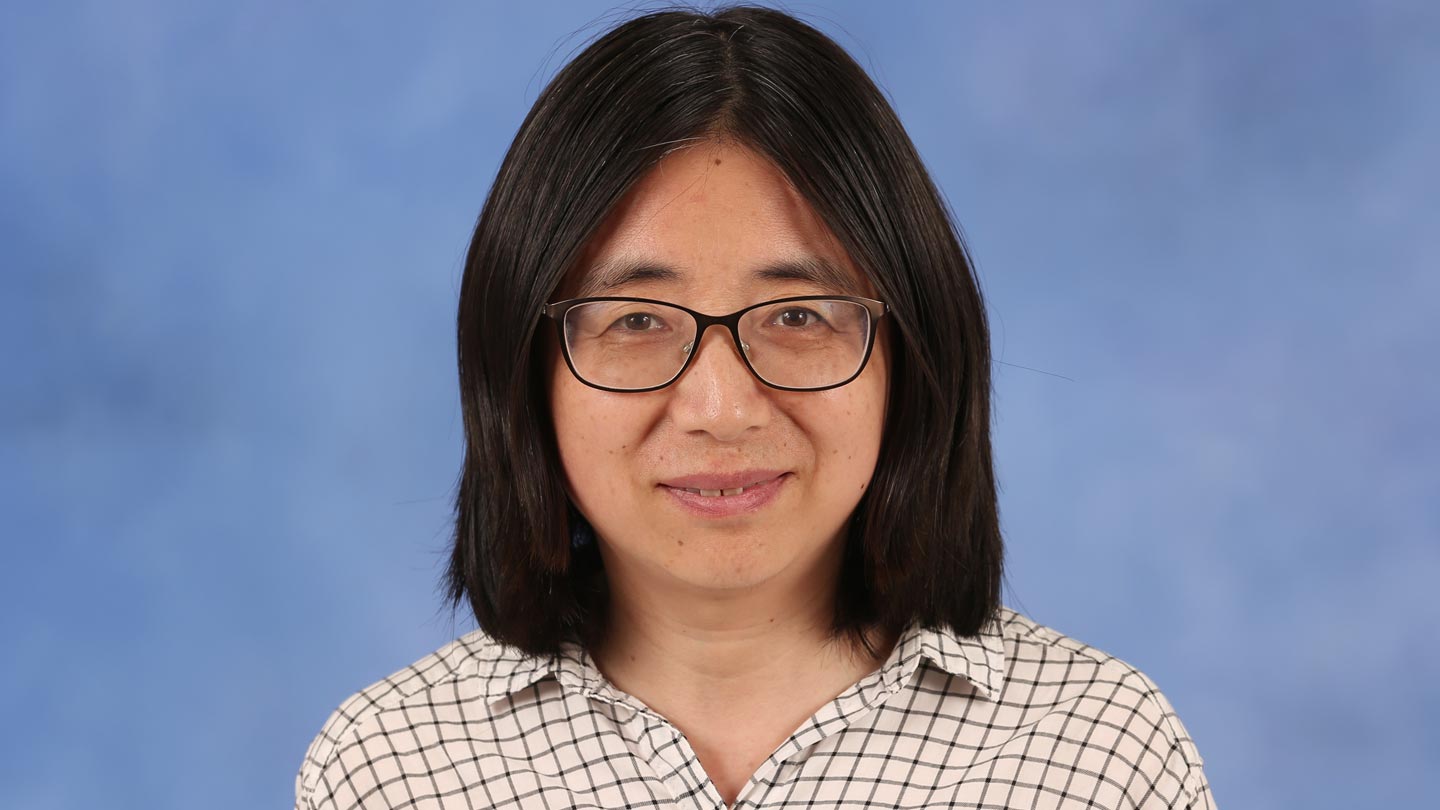 A new mechanism to explain how electrons work in solar flares has been proposed by a University of Alabama in Huntsville (UAH) solar physicist using a theoretical model of particle acceleration.

Dr. Haihong Che is a new assistant professor in the Department of Space Science at UAH, a part of the University of Alabama System, and at UAH’s Center for Space Plasma and Aeronomic Research. She has written a paper on her findings on the origin of power-law energetic electron energy distribution in solar flares, and another is forthcoming.

"For the first time, we predict a two-stage evolution of the acceleration process which is supported by the x-ray observations of solar flares," she says. "We reveal how the power-law energy distribution is determined by the turbulent process."

A solar flare occurs when magnetic energy that has built up in the sun’s magnetic loops is suddenly released, and it’s a big event. Typically, the energy released is the equivalent of millions of 100-megaton hydrogen bombs exploding at the same time.

"As the magnetic energy is being released, particles including electrons and ions are heated and accelerated, and plasma turbulence is generated in the solar corona," Dr. Che says.

"My research focuses on the mechanism of how and why the magnetic energy stored in the magnetic loops becomes unstable and is suddenly released, how the released energy drives instabilities and turbulence, and how the turbulence accelerates and transports particles in the solar corona."

Knowing about that process can help scientists understand what physical mechanism governs solar flares, and it is one of the most important and long-standing problems in solar physics.

"The model observations have discovered that nearly half of the released energy during solar flares is carried by energetic electrons," Dr. Che says. "Compared to ions which are heavy, the electrons are very light and they can be easily accelerated to a velocity close to the speed of the light."

The highly energetic electrons produce intense radiation, from short wavelength x-rays to long wavelength radio waves, that can inform scientists about what is happening in the solar corona.

"We are planning to use the data from NASA’s Parker Solar Probe (PSP), and the newly launched NASA-ESA spacecraft Solar Orbiter to test our model in the near future," says Dr. Che.

New knowledge from Dr. Che’s research on the nonlinear dynamics related to solar flares can contribute to efforts to better predict space weather, and she says study of the sun is essential because of its dynamic and life-giving effects on Earth.

"The sun is the closest star to the Earth," Dr. Che says. "Solar activities directly impact on the magnetic field and plasma environment of the Earth and affect radio communications at the Earth."

The sun is also a self-supported clean energy generator, she points out.

"To understand how the sun works may inspire us to make clean energy one day. Moreover, the sun provides a perfect astrophysical lab for us to understand how other distant stars in the universe work and evolve."