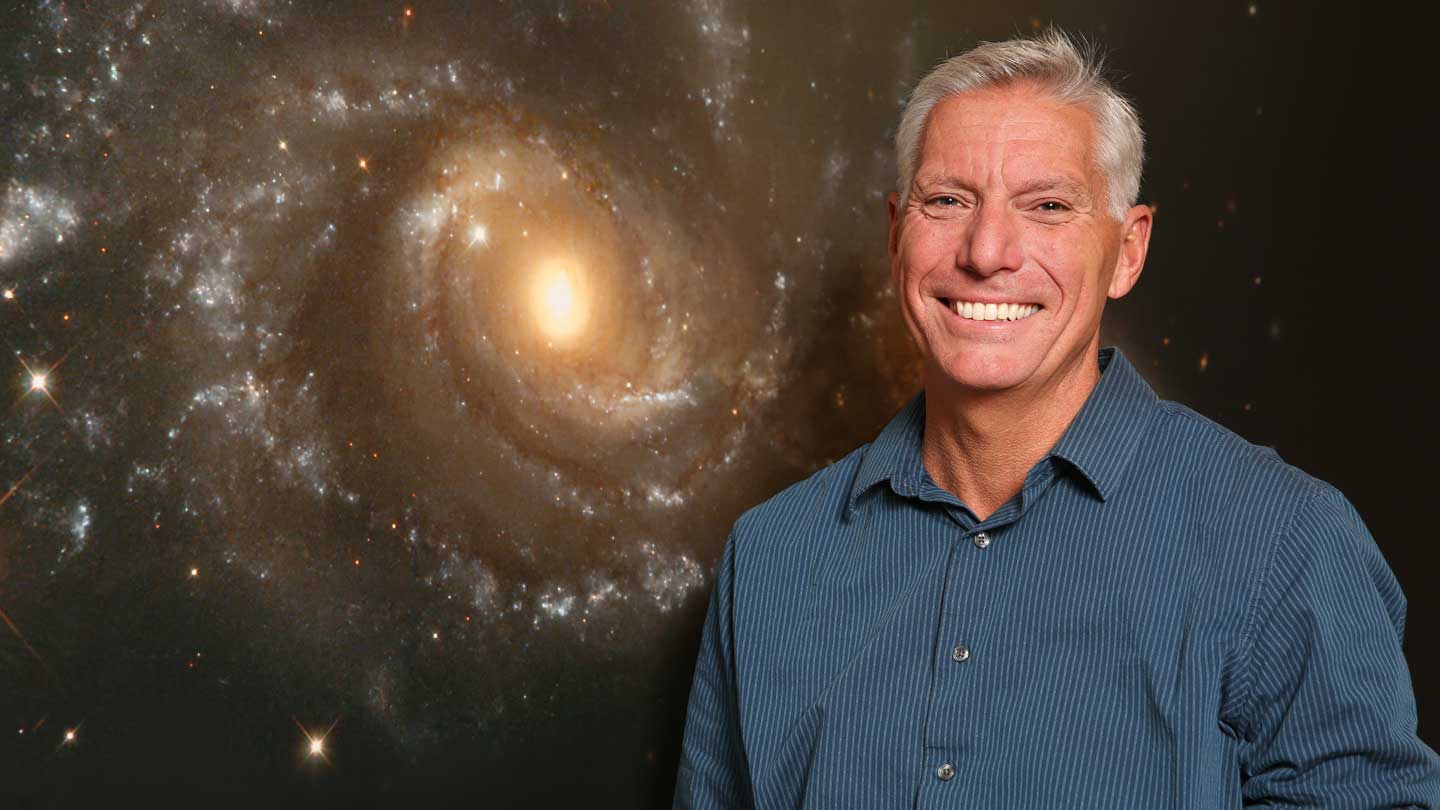 Federal agencies should better coordinate their activities in plasma science and engineering (PSE) and jointly support new funding opportunities that take advantage of PSE’s overlaps with different science disciplines to maintain U.S. leadership in the field, according to a decadal report by the National Academy of Sciences (NAS) that was co-chaired by an astrophysicist at The University of Alabama in Huntsville (UAH).

Dr. Gary Zank, director of the UAH Center for Space Plasma and Aeronomic Research (CSPAR) and chair of the Department of Space Science, co-chaired the NAS committee that wrote the report, “Plasma Science: Enabling Technology, Sustainability, Security, and Exploration,” with Dr. Mark Kushner, director of the Michigan Institute for Plasma Science and Engineering (MIPSE) and of the DOE Plasma Science Center at the University of Michigan. Dr. Zank’s selection was the first time a member of the UAH faculty has chaired a national effort of this type.

Plasma science is the study of ionized gases, which includes their interaction with materials. The discipline is far-reaching and its applications are critical to many aspects of the U.S. economy and national security, including information technology, health care and sustainable energy.

“In terms of science, there is great work being done across the board with exciting breakthroughs in all of the plasma sub-disciplines,” says Dr. Zank. “The report tries to identify important opportunities to expand the purview of plasma science and engineering and from those opportunities, if they are realized, funding will flow.”

A goal set in the report is to attempt to improve translational funding in order to take basic research into a product of societal benefit, he says.

“This is a very hard problem and no agency manages it very well. The report identifies ways that may help make this transition easier.”

PSE research has seen advances over the past decade in a diverse range of areas, such as semiconductor processing and new particle accelerator technology. However, the report found that there has been increased competition in international investments in PSE research that challenge and may potentially usurp U.S. leadership.

“What was perhaps more eye-opening, relatively speaking, was how little cross-agency and even cross-disciplinary interaction there was,” Dr. Zank says. “I think most of us recognized that there was quite a significant level of ‘stove piping’ of subfields and agencies, but it appears to be at a point where it is having an adverse effect on plasma physics as a whole.”

Part of the reason for that is the multidisciplinary breadth of plasma physics, he says. That breadth can create situations where agencies focus only on areas deemed important to them and the importance of broader aggregate discoveries could be lost.

The report found that narrowly defined, mission-driven federal support can limit interagency and inter-program collaborations, which in turn can constrain science advancements and their application to technologies.

The committee recommended that the federal agencies that are focused on plasma research should jointly develop new engagement and funding models that support the application of fundamental research to industry. A plasma-focused program more broadly advancing engineering priorities at the National Science Foundation (NSF) should also be established, it found.

Suggested means of increased coordination include the creation of an Interagency Working Group with representatives from agencies that work with PSE, including but not limited to the NSF, NASA, the U.S. Department of Energy (DOE), the National Oceanic and Atmospheric Administration (NOAA) and the Department of Defense (DoD).

Universities are providing leadership and driving innovation as well as training the workforce, the report says, and those functions require a robust PSE faculty. Yet because PSE is a minority discipline in most academic departments that contain plasma-focused faculty, it is difficult to maintain critical mass in PSE faculty and that can lead to an erosion of U.S. capabilities, the report warned.

Federal agencies can structure funding programs that provide leadership opportunities to university researchers in PSE while also directly stimulating the hiring of university faculty, the report says. Funding programs, particularly at undergraduate institutions, can encourage and enable access to PSE education and training from a diverse population, including women and underrepresented minorities.

Academia would benefit from increasing the number and variety of midscale research facilities which typically cost in the $1 million to $40 million range, the report found.

“We make a strong argument for augmenting and strengthening plasma physics in university and national lab settings,” Dr. Zank says.

“This in part is due to its basic and fundamental importance. Plasma physics underpins almost all of space science, astrophysics and numerous other disciplines and it has an incredible range of practical and societal benefits, so plasma science is finding its way into engineering, medicine, agriculture and more,” he says. “The challenge for agencies is to keep pace of a field that is reinventing itself on a short time scale.”

The DOE Office of Fusion Energy Science (FES) broadened the scope of its programs to better serve the PSE community after a recommendation in the National Academies’ 2010 Plasma Science Decadal report. The 2020 report recommends that FES rename itself to more accurately reflect its broader mission in order to maximize its ability to collaborate with other agencies. A possible name could be the Office of Fusion Energy and Plasma Sciences.

The study – carried out by the Committee on A Decadal Assessment of Plasma Science – was sponsored by the National Science Foundation, U.S. Department of Energy, Office of Naval Research, and Air Force Office of Scientific Research.

The National Academies of Sciences, Engineering, and Medicine are private, nonprofit institutions that provide independent, objective analysis and advice to the nation to solve complex problems and inform public policy decisions related to science, technology, and medicine. They operate under an 1863 congressional charter to the National Academy of Sciences, signed by President Lincoln.