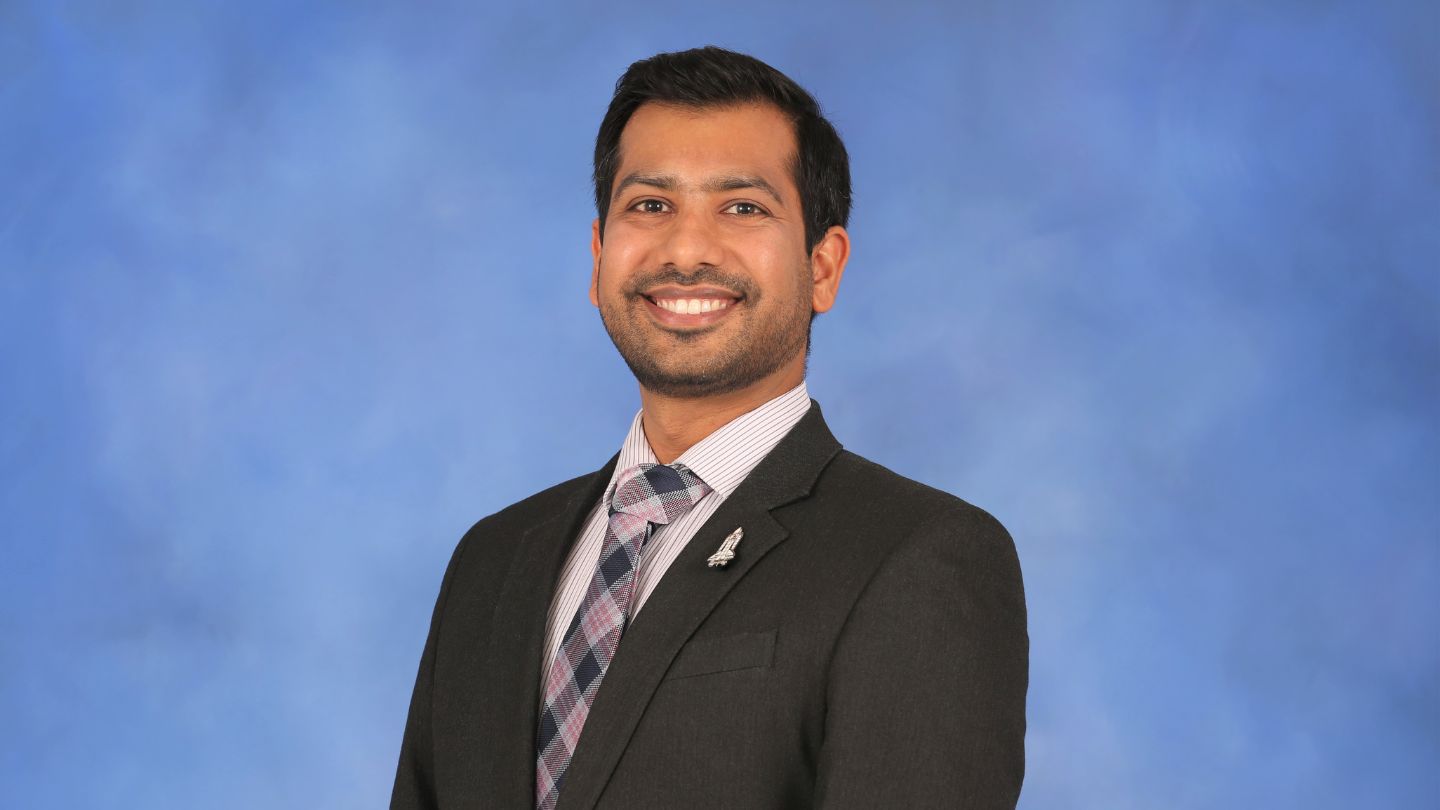 The awards just keep coming for the nuclear thermal propulsion (NTP) research being done at The University of Alabama in Huntsville (UAH) by Saroj Kumar.

Kumar is a doctoral candidate in the Department of Mechanical and Aerospace Engineering and mission designer for advanced propulsion systems in the Propulsion Research Center (PRC) at UAH, a part of the University of Alabama System, and his latest accolade comes from the International Astronautical Federation’s 73rd International Astronautical Congress (IAC) Interactive Presentation (IP) Competition in Paris, France.

His interactive presentation “Spacecraft Integrated System Model for NTP Powered Planetary Science Missions” was selected by judges as the best IP in Category C, which is dedicated to Space Technology.

Overall, Kumar was one of just five total winners globally in the IAC 2022 IP Competition, and the honor comes with a grant of 500 Euros (about $495 U.S.).

“The space technology track, in which I was the winner, included papers from a wide range of topics such as astrodynamics, materials and structures, space power and space systems,” Kumar says.

“I am really happy to have won many awards in recent times, with the total being five throughout my doctoral research,” he says. “This clearly indicates the cutting-edge research we are doing in the development of the nuclear thermal propulsion system at the Complex Systems Integration Laboratory (CSIL) and the Propulsion Research Center.”

The recent award adds to others Kumar has received that include being named to the global top 20 outstanding young space and satellite professionals under the age of 35 by the Space and Satellite Professionals International this year, the best paper award at the Nuclear and Emerging Technologies for Space Conference in 2021 and being named graduate student of the year by the American Institute of Aeronautics and Astronautics Greater Huntsville Section in 2021.

The award from the IAF conference – which was hosted this year by the French space agency, Centre national d'études spatiale – was unique, Kumar says.

“Winning the best IP award among more than 800 presentations at the conference was a really special feeling,” he says.

“There was enormous interest in my research, with many conference attendees asking me more about the work we are doing and how they can implement the same on their projects. I was glad to have had the opportunity to present my research at the world's biggest conference on the space sector with more than 9,000 attendees from all over the world.”

Unfortunately due to a delay in processing his visa, Kumar was not able to personally attend.

“My co-author Dr. Dale Thomas and lab-mate Samantha Rawlins, who attended the conference, helped me with presenting my research to the judges,” he says. “I am happy that my work was appreciated by the judges.”

The presentation was based on a research paper of the same title and discussed implementation of model-based systems engineering for the NTP mission model currently in development at the CSIL.

“Through this paper, we were able to demonstrate that the implementation of MBSE can enable rapid high-fidelity mission analysis with capability to determine the solution space for NTP-powered missions for planetary science missions,” Kumar says. “The model also demonstrated a realistic mission scenario for an NTP-powered lunar rendezvous mission concept using the described modeling approach.”

Founded in 1951, the IAF is the world’s leading space advocacy body with 468 members in 75 countries, including all leading space agencies, companies, research institutions, universities, societies, associations, institutes and museums worldwide.

Following its motto “Connecting @ll Space People” and its theme “A space-faring world cooperating for the benefit of humanity,” the IAF advances knowledge about space, supporting the development and application of space assets by promoting global cooperation.

The IAF actively encourages the development of astronautics for peaceful purposes and supports the dissemination of scientific and technical information related to space.