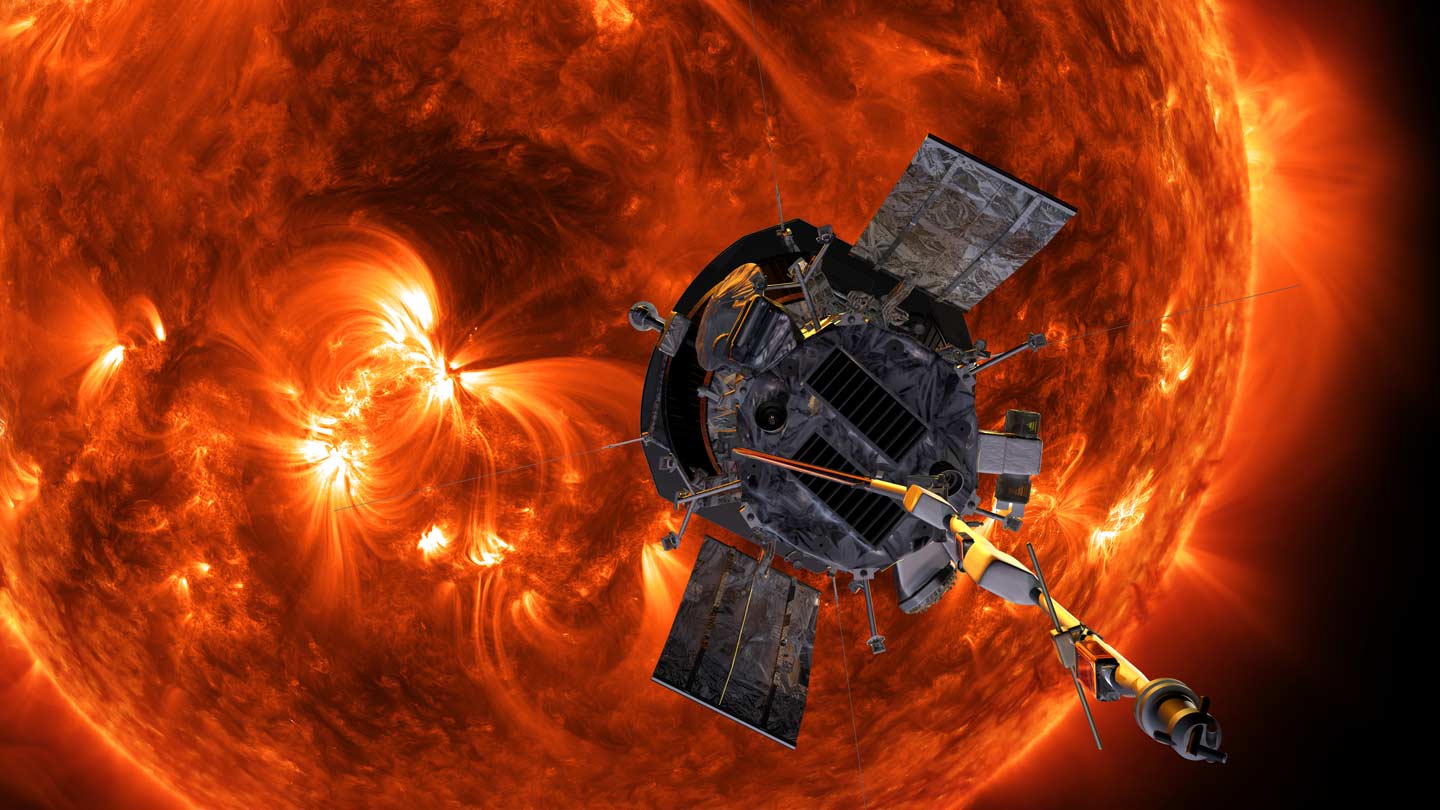 Four research papers based on Parker Solar Probe data have been published in the journal Nature.

The first published science from the Solar Wind Electrons Alphas and Protons (SWEAP) instruments aboard NASA’s Parker Solar Probe (PSP) poses "a major challenge to our understanding of the dynamics of the near-sun solar wind," according to a leading scientist at The University of Alabama in Huntsville (UAH).

The SWEAP paper is among four PSP papers published in the journal Nature on Wednesday, Dec. 4.

"The first surprise is related to the co-rotation of the coronal plasma as the sun rotates," says the paper’s coauthor, Dr. Gary Zank, director of UAH’s Center for Space Plasma and Aeronomic Research (CSPAR) and the Aerojet Rocketdyne chair of the university’s Department of Space Science.

Dr. Zank’s team is analyzing massive data flows from SWEAP in order to understand how actual solar wind observations by the instruments correlate to solar models and theories previously developed.

"The sun emits a supersonic wind and so some level of rotational flow has always been expected in the solar wind near the sun," says Dr. Zank. "This is because the magnetic tension in the corona should force the plasma to rotate as the sun spins."

The large rotational velocities measured by PSP greatly exceed the value expected from models of the solar wind, he says.

"The importance of trying to determine the origin of these tangential flows will be essential for understanding how the sun loses angular momentum and spins down as it ages," Dr. Zank says.

A second surprise is that long-duration and isolated velocity spikes with large rotations in magnetic field were seen in the first perihelion, the point at which PSP was closest to the sun. The craft is making daisy petal-like orbits in which it dips into the solar corona during the closest portion.

"What the origin of these very large and unexpected structures might be is a complete puzzle, and just what they are – waves or structures – is unknown," Dr. Zank says.

UAH has been involved with SWEAP since the PSP mission formed. The new paper is one of four published by Nature. All describe science from PSP instrument clusters, including the first PSP magnetic field measurements (FIELDS), the first PSP energetic particle measurements (ISIOS) and the first PSP white light imaging (WISPR).

The Faraday cup for the SWEAP instrument suite was designed, created and tested by a partnership between UAH, NASA’s Marshall Space Flight Center (MSFC) and the Smithsonian Astrophysical Observatory (SAO) to sample solar wind while directly exposed and traveling closer to the sun than spacecraft have ever been.

"Now with the results being returned, we are working on the elucidation of that data and understanding it theoretically," says Dr. Zank, who is also a University of Alabama Board of Trustees trustee professor, an eminent scholar and distinguished professor, and a member of the National Academy of Sciences (NAS). 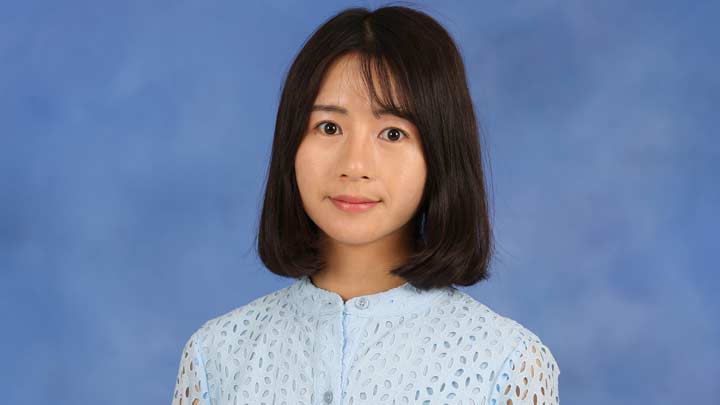 Dr. Lingling Zhao will publish research on establishing the nature of the sun’s magnetic field and velocity field fluctuations and what kind of turbulence they represent.

"Besides being important in presenting the first PSP results, these results are also – for now – a report of in situ plasma, magnetic and electric fields, dust, and radio burst measurements made during the closest excursion to the sun ever."

In addition, two papers by the UAH team that Dr. Zank calls "deeper dives" into the data are accepted for publication in a special issue of the Astrophysical Journal Supplement Series. One is led by Dr. Lingling Zhao, a UAH space science research scientist, and the other is by Dr. Laxman Adhikari, a UAH postdoctoral research assistant.

Dr. Zhao's paper focuses on establishing the nature of the sun’s magnetic field and velocity field fluctuations and what kind of turbulence they represent. She has established that there are two classes of turbulence, one associated with the so-called slow solar wind and comprised primarily of small-scale flux rope structures, whereas fluctuations in the so-called fast solar wind are comprised mainly of outwardly propagating Alfven waves.

"These results are very important since it indicates that different kinds of turbulence exist in the solar wind and that different heating processes may be responsible for the heating of the solar corona, which is one of the primary questions that PSP is trying to answer," says Dr. Zank.

Dr. Adhikari’s paper involves using a turbulence transport model theorized to be able to account for the heating of the solar corona to compare its predicted results to observations.

"His results describe how the various turbulence energy moments evolve with distance from the surface of the sun," Dr. Zank says. "The agreement between the model and observations is extremely promising, but of course we're still looking at data that is some distance from the lower corona, so this is a project that will continue to evolve."

The UAH team is one of the elite space plasma theory, modeling and data groups in the world, Dr. Zank says. 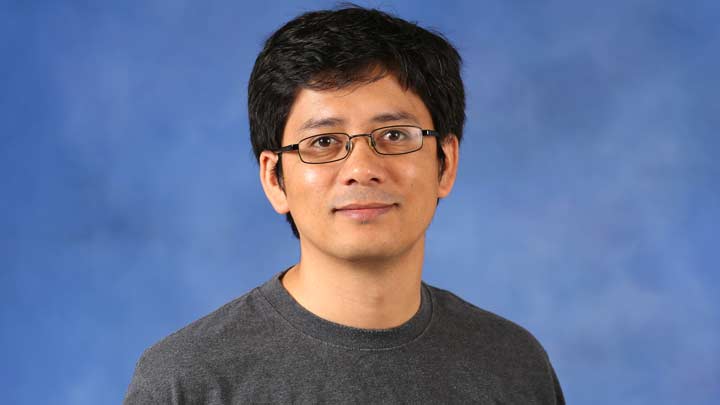 Dr. Laxman Adhikari will publish research that compares results from a turbulence transport model theorized to be able to account for the heating of the solar corona to observations.

"Many of our ideas for explaining the primary science goals of PSP are the currently leading theories, and so PSP gives us an unparalleled opportunity for possibly confirming or extending these ideas and models," he says.

"It is exciting that in this field, as well as others, we're one of the leading institutions to do science that will hopefully solve several of the most outstanding unanswered questions that have puzzled us for the last 50 years."

Researchers from around the world want to collaborate with UAH so that they can engage in the excitement of the PSP research that will be undertaken for the next 5-6 years, Dr. Zank says. Students and postdoctoral fellows are exhilarated by the program, he says.

"I was in at inception, spent a lot of time trying to win the instrument and am now enjoying the fruits of the data that we're harvesting. I'm hoping that our theories and ideas will be at least partially correct or in the right direction," Dr. Zank says. "This kind of discovery science is extraordinarily exciting and satisfying and PSP is definitely one of the highlights of my professional career."