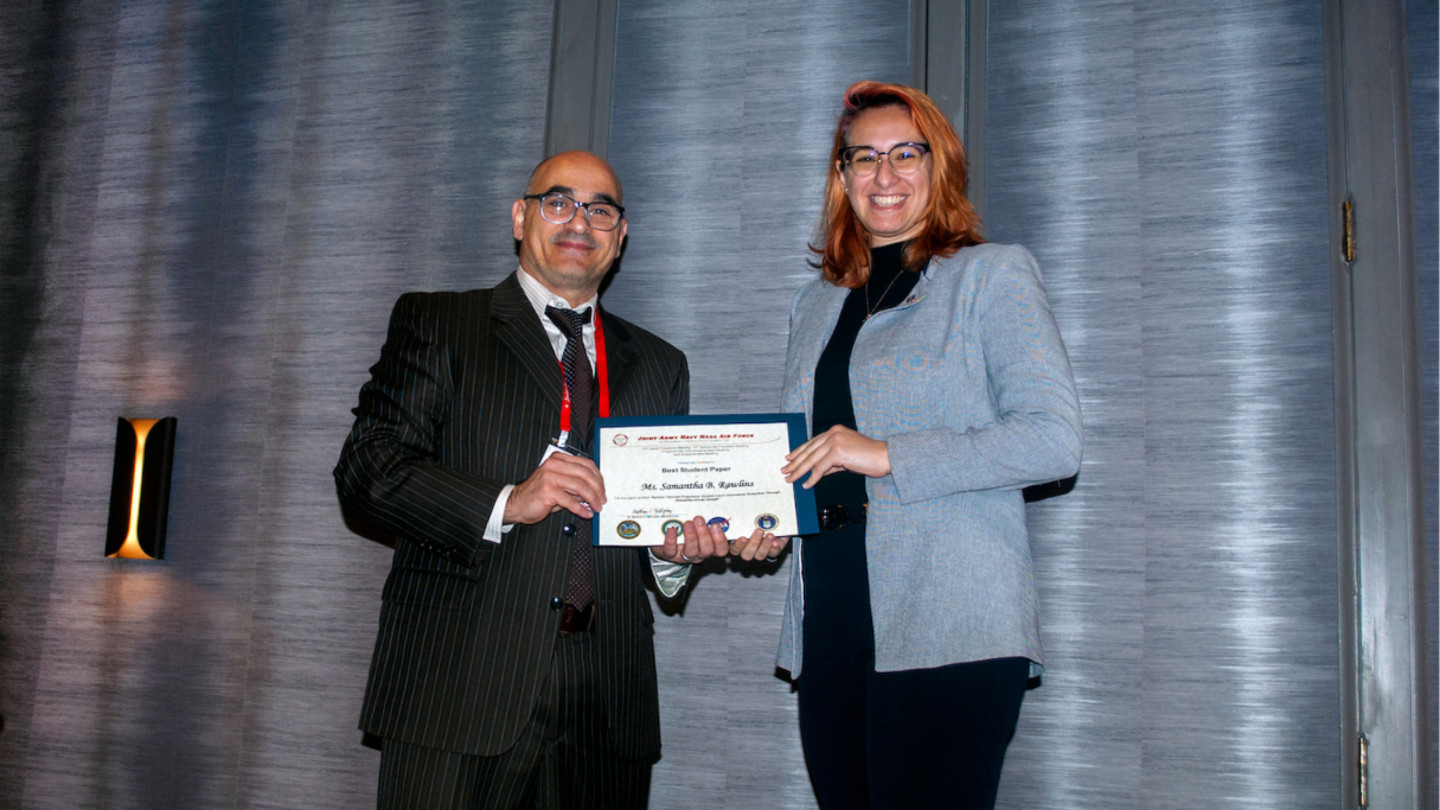 Rawlins’ paper investigated various ways that considering reliability early in the engineering process can immediately impact a nuclear thermal propulsion engine's design and test program to improve confidence that the engine will operate successfully in space.

“It was very rewarding to receive confirmation that the JANNAF community found my research was as impactful as I believe it to be,” says Rawlins, who is from Los Angeles, Calif., and is advised by Dr. Dale Thomas, a professor and eminent scholar in the Department of Industrial and Systems Engineering and Engineering Management.

She made her presentation to a standing-room-only crowd.

“There were probably around 60 attendees for my presentation,” Rawlins says. “The vast majority of the attendees had some connection to the space nuclear industry, either through NASA, the Department of Energy, the Department of Defense, or as a contractor, and it was encouraging to see how much the community has grown. I received a great deal of enthusiastic questions, comments and feedback afterward my presentation.”

Dr. Thomas says that Rawlins has won several awards since arriving at UAH for her doctoral studies and this best student paper award at the JANNAF Committee Meeting is just the most recent.

Rawlins says that after graduation her goal is to find a company that will allow her to keep doing what she’s been doing.

“This award has helped affirm the importance of including reliability early in the design and test process, especially for space nuclear systems,” she says. “As I am one of – if not the only – person with direct experience in aerospace engineering, nuclear engineering and reliability engineering, I hope to find a company or organization that also appreciates the value of my work.”

The community dedicated to nuclear thermal propulsion in space is growing, “and I'm going to need help!” Rawlins says.

“This general topic of reliability engineering applied to space nuclear systems is vastly underexplored, and there are plenty of opportunities for those interested to get involved, she says. “If anyone reading this article is interested in my work, I am happy to connect.”