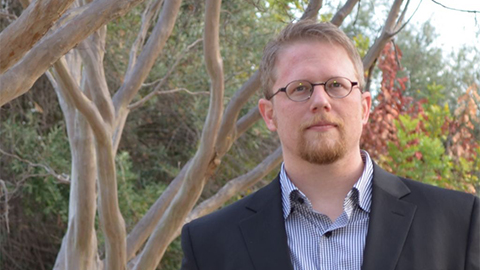 Grammy® nominated pianist and composer Dr. Aron Kallay will perform on Monday, April 6, at 7:30 p.m. in Roberts Recital Hall on the UAH campus.

As the grand finale to its inaugural Constellation Concert Series, the Department of Music at The University of Alabama in Huntsville (UAH) will host "AmericanaFest - Looking at America(n) Within and Beyond Its Borders." This free, weeklong celebration of American music will take place in the newly renovated Roberts Recital Hall on the UAH campus from Monday, April 6, to Sunday, April 12.

A concert by Grammy® nominated pianist and composer Dr. Aron Kallay at 7:30 p.m. on Monday evening will mark the start of the event. The program will feature new compositions for remapped, retuned, reimagined piano that will follow and extend explorations by American iconoclasts such as Charles Ives and John Cage. These include "Paths of the Wind," by Bill Alves, "A History of Elevators in Film," by Holland Hopson, and "The Blur of Time and Memory," by Alexander Elliot Miller, among several others.

Dr. Kallay's performance will be followed by two concerts from the students and faculty in the Department of Music: "The More Things Change…" and "Exploring Borders in American Music." The first, a jazz concert from UAH's jazz ensembles and the Department's faculty jazz combo, will take place on Wednesday at 7:30 p.m. The second will take place on Thursday at 7:30 p.m. 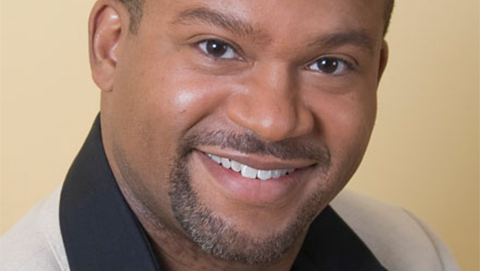 Baritone James Martin will present a program of African-American artsong on Friday, April 10, at 7:30 p.m.

On Friday, critically acclaimed baritone James Martin and Dr. Lynn Raley, associate professor of music history at Millsaps College, will present "The Black Diaspora," a program of African-American artsong. By highlighting the work of some of the most significant composers and arrangers of the black diaspora, the program will trace the artform from the present day back to the concert spiritual.

"It includes very modern art music, neo-romantic song, theater music from black Broadway, popular song from the Harlem Renaissance, Jazz, Blues, and favorite spiritual arrangements, the original American folk music," says Martin, whose own artistic repertoire spans from Bach to be-bop, Busoni to Burleigh, and Berg to Bernstein. "There's a lot of history and plenty for the academics to chew on, but mostly it's just great American music!"

Saturday will feature three performances in addition to Martin's morning vocal master class. The first, by Dr. Raley, explores "Musical Borders in an Age of Globalization" and draws from his year spent as a Fulbright fellow in Taiwan. The second is trio of presentations by UAH faculty: Dr. Rolf Goebel's "Crossing Borders: Music and Sound Studies," Dr. Melody Ng's "Works for Piano Pedagogy by American Composers," and Drs. D. Royce Boyer and Carolyn Sanders' "American Military Music - A Casual Survey with Personal Anecdotes and Music Examples."

There are so many influences coming from so many traditions, countries and cultures, and they all combine to make something entirely new. This festival is an attempt to both identify and transcend these borders that separate an art form from its influences.

The latter will be presented in conjunction with students and community musicians from the Old Town Brass, says Dr. Boyer, UAH professor emeritus. "We will identify the use of military music before an America, and illustrate English and French practices that were highly influential on our military bands from the Revolutionary War through the Civil War and World Wars and up to recent experiences in Afghanistan."

Saturday final performance, Dr. Raley's "American Piano," will take place at 7:30 p.m. "It will run the gamut from blatantly shallow Romanticism to crunchy atonality and minimalism," he says. And while none of the composers on the program are African-American, each piece - from Louis Moreau Gottschalk's "Bamboula" to Eric Moe's "Dance of the Honey Monkey" and Frederic Rzewski's "Winnsboro Cotton Mill Blues" - will draw heavily on African-American influences.

AmericanaFest will close on Sunday afternoon with FinaleFest, featuring an eclectic recital by members of the UAH music faculty at 3 p.m. and capped off by a champagne reception on the Roberts Recital Hall stage.

AmericanaFest is made possible in part by a grant from the Alabama State Council for the Arts. All events are free and open to the public; donations in support of the Department of Music, however, are welcome.