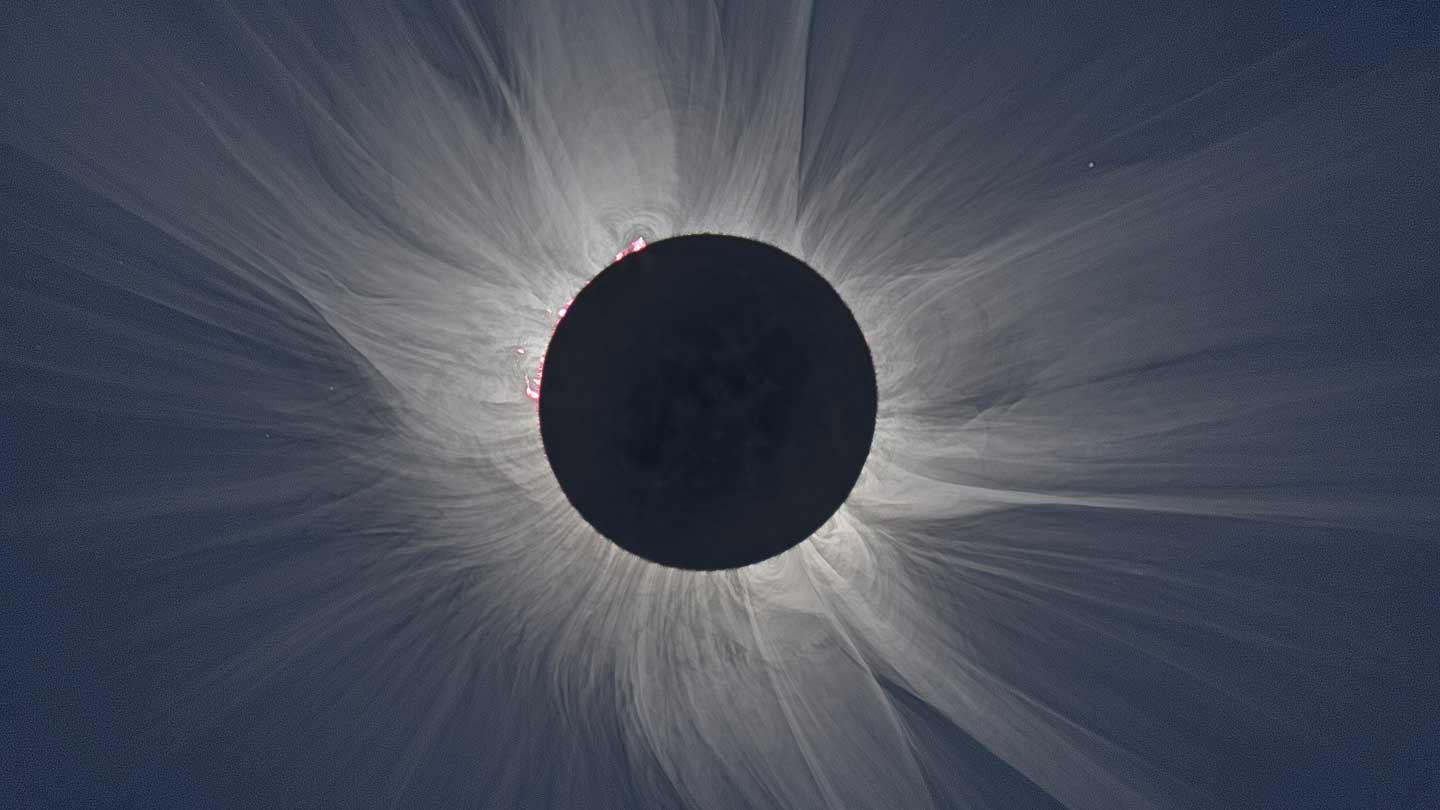 The UAH Solar Eclipse Project website is a one-stop source for solar eclipse happenings on campus.

Your one-stop location for solar eclipse happenings at The University of Alabama in Huntsville (UAH) is a website called The UAH Solar Eclipse Project.

The website can also be found on the rotating window of the main UAH website. It provides a wide variety of resources and information about eclipse-related events happening on campus leading up to the 2017 Great American Solar Eclipse.

On the site are a running countdown clock, a map of the path of totality, an eclipse simulator, links to safety information, NASA's eclipse website and more. Also, included are all events taking place on campus leading up to the big day on Aug. 21, including a viewing event put on by UAH’s Salmon Library, and NASA's live megacast of the eclipse in the Charger Union Theater, hosted by the UAH Space Hardware Club.

“The eclipse itself is an exciting event, and having the band of totality so close to us is really a great opportunity,” says Dave Cook, coordinator of student research programs for the Office of Academic Affairs. “Students have really shown a lot of enthusiasm and interest in the events surrounding the eclipse.”

The website is the idea of UAH President Robert Altenkirch and Provost Christine Curtis, says Cook.

“At the end of last year, the president and provost knew that the 2017 Great American Solar Eclipse would be a once-in-a-lifetime event for many of our students and the local community, and wanted to showcase the many facets of information that surround a solar eclipse with activities for everyone,” Cook says.

“So, the website was a way to create a clearinghouse of activities and information about the solar eclipse,” he says. “The website is a way to highlight the eclipse itself, and also UAH’s role as a leader in astronomy, astrophysics, heliophysics and space science. Most events are open to the public and will serve as outreach to the local community, as well as to our students.”

On campus, Cook says that in addition to the current displays on scientific, historic, cultural and artistic aspects of solar eclipses at the UAH Salmon Library, eclipse events kick into high gear as UAH’s Week of Welcome for new and returning students starts to wind down.

“Starting on Thursday, Aug. 17, we have lectures about the eclipse at the library and an outdoor movie about John Dobson, who was a pioneer in promoting amateur astronomy,” Cook says. “On Friday, we have a guest speaker sponsored by the Honors College, Dr. Gordon Emslie, from Western Kentucky University.”

A native of Scotland and the former chair of the Department of Physics and dean of the Graduate School at UAH, Dr. Emslie will speak to high school students at Mae Jemison High School and will speak twice to UAH faculty, research staff and students about the solar eclipse.

UAH has also partnered with Middle Tennessee State University (MTSU) so that 135 UAH students who pre-registered for the trip will travel to MTSU on three buses to observe totality there. Registration for that event is closed.

“I encourage people to head to the path of totality. It’s only there that – weather permitting – you can see the incredible solar corona and experience seeing stars and planets in the daytime,” he says. “But plan for horrendous traffic.

“You can assume that many people from cities within a several-hour drive of the 70-mile-wide path segment north of us – including Birmingham, Louisville, Indianapolis, Cincinnati and Columbus – will be on the roads in that area Sunday through Tuesday,” he says. “The website greatamericaneclipse.com indicates that the totality destination closest to Huntsville is also in the ‘driveshed’ of 27.1 million people. Plan on having a good supply of water and food, since restaurants will likely be stressed beyond their limits. And be aware of your car’s fuel level.”

Total eclipses are very difficult to witness, since while they happen on average every year and a half, most of Earth’s surface is water and not accessible to the vast majority of people, Dr. Miller says.

“There are special eclipse cruises, but these are quite expensive,” he says. “They can also occur in difficult locations, such as near the poles. So, for us to be close to the path of totality is a very rare opportunity.”

In preparation for the coming event, Dr. Miller has given several talks to teacher groups in grades 5-8 during Alabama Math Science and Technology Initiative (AMSTI) professional development training over the summer at UAH’s Institute for Science Education (ISEd).

“These talks focused on eclipse viewing with their classes in the northern Alabama area,” he says, “where we’ll have 97 percent coverage at most.”