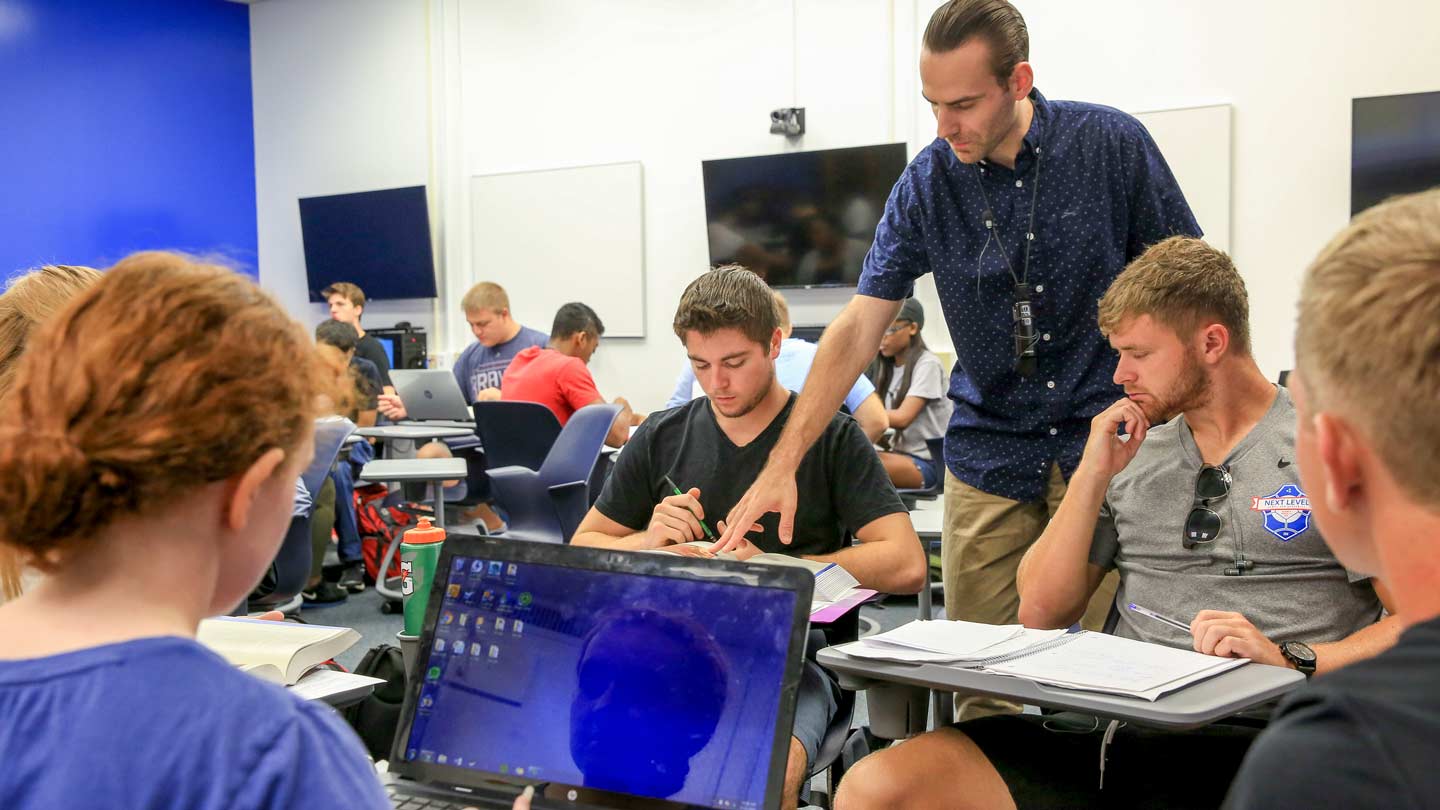 Faculty members of the Department of History were ahead of the curve when The University of Alabama in Huntsville (UAH) introduced a campus-wide initiative to incorporate collaborative learning techniques into its curriculum. "Many of us had already been using these techniques before the university encouraged the practice," says chair Dr. Stephen Waring.

What they needed help with instead was improving the facilities that would allow them to do so more effectively. "Traditional classrooms are not suited to group work," he says. "They have combination chair-desks that are uncomfortable for some students and inaccessible for students with disabilities. They’re also unwieldy to move, which makes reorganizing the classroom for active learning and group activities difficult."

To that end, Dr. Waring applied for and received funding to upgrade one of the department’s classrooms to make it more adaptable, accessible, and high-tech. He began with mobile desks that would permit the students to more easily reconfigure into small working groups and, he says, "accommodate diverse instructional approaches." He then added a handful of dry-erase boards that the students could use to illustrate and present their ideas.

He also enlisted UAH’s Office of Information Technology to create networked collaboration stations that would enable faculty members to better integrate technology into their curriculum. "John Thygerson and his team did a great job – they selected the equipment and set it up themselves," he says. "Smart collaborative classrooms can cost hundreds of thousands of dollars, but they were able to come in under budget, which will let us to upgrade some of our other classrooms in the future."

Being able to move the desks was a big game changer.

With the work completed over the summer, it wasn’t until the fall semester that the faculty members were able to introduce their students to the new classroom. But once they did, the advantages were immediately apparent. "Being able to move the desks was a big game changer," says associate professor of history Dr. Christine Sears, who teaches a freshman-level world history course in the revamped classroom. "It’s now a physical space that supports what we have already been teaching."

By way of example, Dr. Sears describes how she’s now able to have her students break into groups, compare note-taking techniques using the dry-erase boards, and then share them with the rest of the class. "I think if they learn from each other it has more power than if I teach it to them," she says. She’s also replaced the typical independent research paper with a group research project – a short video on a historical topic that’s screened for the class at the end of the semester. "If I say tell them about something, they’re skeptical. But if they figure it out themselves, they’re more willing to believe it."

With the first classroom a success, the plan going forward is to slowly convert the department’s other classrooms in a similar fashion. "We are working on designs for this year and hope to implement a more complex and expensive upgrade next year," says Dr. Waring. That said, however, there’s a good chance you may not be able to tell when it happens, at least from the outside. According to Dr. Sears, the more high-tech the classrooms get, the less they look like classrooms. "Since we all use it in all different ways, it often looks like a mess!" she says with a laugh. "But I like it, because the students are putting things where they want and anything can happen."