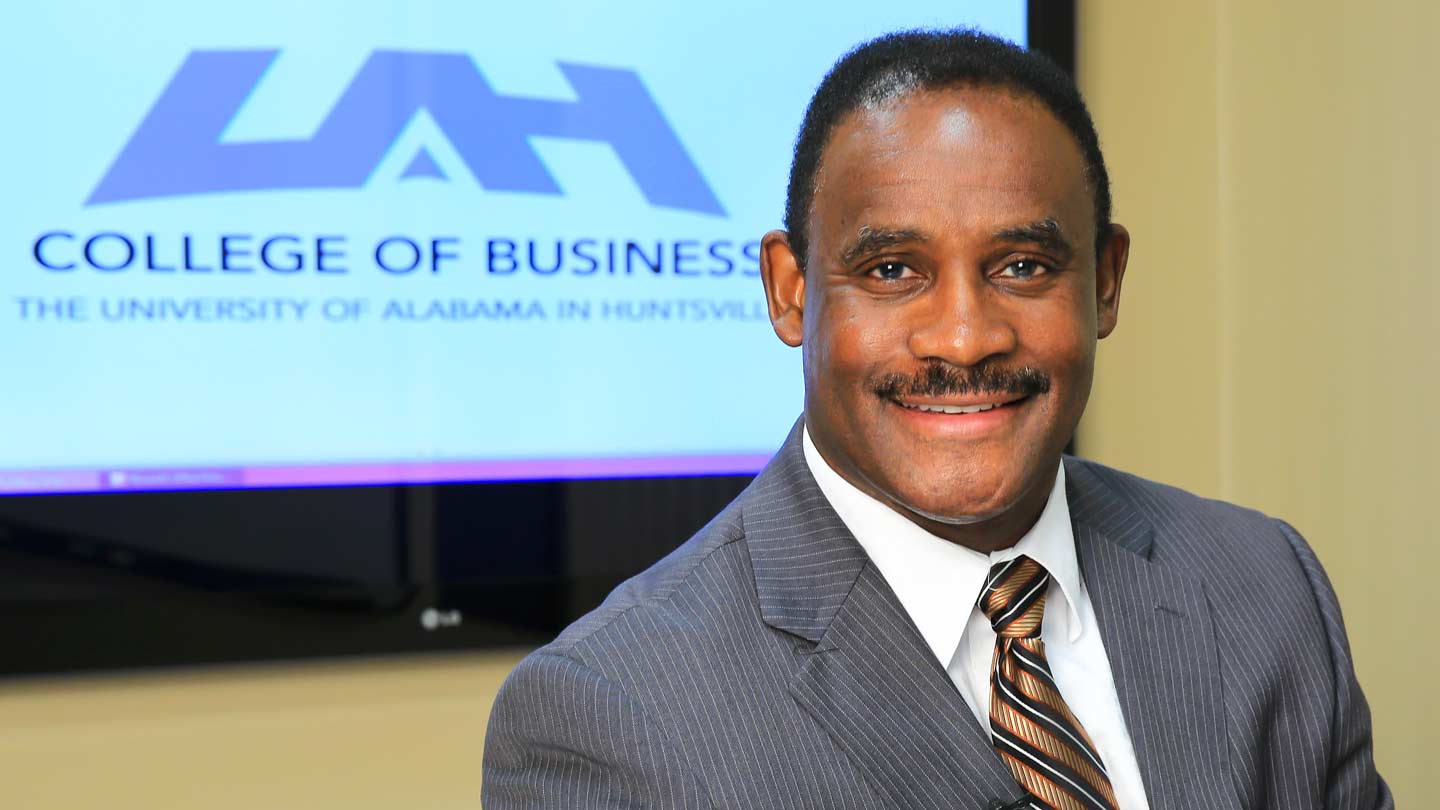 Frederiek Toney ('76 BSBA Management), is scheduled to deliver The University of Alabama in Huntsville (UAH) commencement address on Sunday, May 3. The ceremony begins at 2 p.m., and will be held in the Von Braun Center Propst Arena in downtown Huntsville.

UAH is expected to award more than 950 diplomas at its spring graduation ceremony - 527 bachelor's degrees, 90 master's degrees, and 17 doctoral degrees. About 630 students will actively participate in the ceremony. The university will also award two honorary doctorate degrees during the ceremony. Frederiek Toney will be awarded an Honorary Doctorate of Humane Letters degree, and Dorothy S. Davidson will be awarded an Honorary Doctorate of Science degree.

He joined Ford Motor Company in 2000 and has held numerous leadership positions in logistics, operations, and parts and service. Most recently he served as executive director of Global Material Planning and Logistics, Ford's highest-ranking logistics executive. Prior to joining Ford, he spent 16 years with Caterpillar Inc., in a variety of managerial assignments. He then served for seven years at American Honda Motor Company, rising to the position of assistant vice president, Parts Division.

Toney received a Bachelor of Science degree in Business Administration from UAH, and was named an Alumni of Achievement Honoree in 2006. While attending UAH, he played on the Charger basketball team from 1973 to 1975.

In 2007, World Trade 100 Magazine named Toney as a "Fabulous 50+1" decision maker in the global logistics field. In 2012, Black Enterprise named him as one of the "100 Most Powerful Executives in Corporate America." Toney has been featured in several national publications including Bloomberg Businessweek, Automotive LOGISTICS, and Producer 10.

Dorothy S. Davidson is chairman and CEO of Davidson Technologies Inc. She is a native of Northern Virginia and has been a resident of Huntsville for the past 23 years. She earned a bachelor's degree in mathematics, and took a position as a research mathematician with the U.S. Air Force Air Staff at the Pentagon. She received advanced education in mathematics, business administration and systems engineering.

In 1965, Davidson began her work in industry as a systems engineer. Her employment took her to Europe where she worked with several U.S. and German companies. Davidson returned to the United States after 17 years abroad and consulted for companies who interfaced with NATO. In 1981, she married Julian Davidson. In 1992 they moved from Virginia to Huntsville, where Davidson managed the Davidson Family trusts and ran several companies, including Davidson Properties.

After the death of her husband in early 2013, Dorothy Davidson assumed the role of chairman of the board and chief executive officer of Davidson Technologies, Inc. The Huntsville-based company employs more than 230 technical and administrative professionals with personnel in Huntsville, Colorado Springs, and Washington D.C. Davidson Technologies' core competencies include: Information Assurance, Systems Engineering and Analysis, Modeling and Simulation, Software Development IV and V, Test and Evaluation, C2BMC/WCS, and Aerospace.

Immediately following commencement, a reception will be held in the East Hall of the Von Braun Center.