Science of Music explored during Biomusicology presentation at UAH 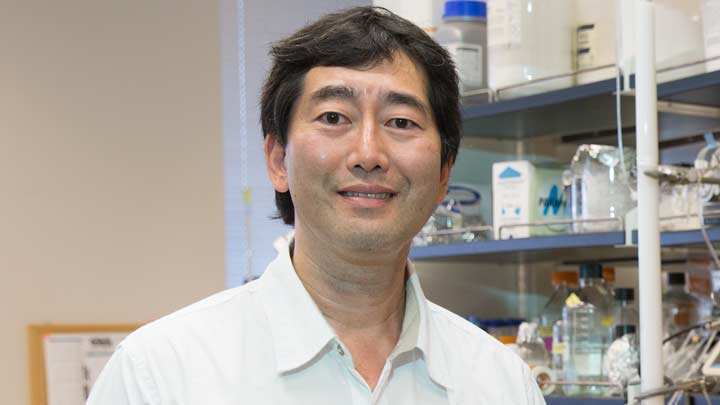 It was Albert Einstein who said "If I were not a physicist, I would probably be a musician. I often think in music. I live my daydreams in music. I see my life in terms of music."

On Thursday, March 9, Dr. Joseph D. Ng, Professor in The University of Alabama in Huntsville (UAH) Department of Biological Sciences will partner with the Department of Music to give the presentation "Music in Biology and Human Health." Ng's talk will begin at 9:35 a.m., in the Frances Roberts Recital Hall. The presentation is free and open to the public.

Ng also serves as the Director of the Biotechnology Science and Engineering Program at UAH, and is a co-founder and President of iXpress Genes Inc.

During the talk, the relevance of music in biology will be discussed in terms of its importance in research and educational collaborations between the Departments of Music and Biological Sciences. Ng will also share some preliminary work that shows musical associations with patterns of protein folding. "In addition, I will show other people's work in the past that have derived melodic tunes from DNA and protein sequences (letter codes)."

Ng is in the process of writing computer algorithms to transpose three-dimensional protein structure folds to music. "While there has not been any significant work done in transposing three-dimensional protein sequences to music, much work has been done in transposing the letter code sequences of DNA and protein to musical melody." Some biomusical examples put forth by others can be seen and heard at: tokenrock.com.

He noted that the length of time for a composition can vary from several minutes to a full score concert depending on the extent of the transposition. "For example, in our human body, there are over three billion unique letter codes of DNA given to us each by our father and mother. If we transpose everything, I am sure it would be a very lengthy piece."

The fundamental principles of music are observed in many biological systems revealing beauty in symmetry and at regular intervals. "Musical patterns are found everywhere from the atomic to comprehensive levels such as those revealed in DNA, proteins, biological crystals, viruses, insects, trees and animals," Ng explained. "In particular, the coding sequences in our genetic code and proteins can be transformed into musical melodies that remarkably give rise to exquisite and expressive tunes," he added.

Biomusicology, Ng said, is important to the human psyche and health. "Humans are hard-wired to music and as a result it can affect human health in a major way." Currently, Ng said, there is growing evidence that music can treat neurological and mental ailments such as Parkinson’s and Alzheimer’s diseases, pain, anxiety and stress.

Ng earned undergraduate and graduate degrees in Biochemistry from The University of California, Los Angeles.