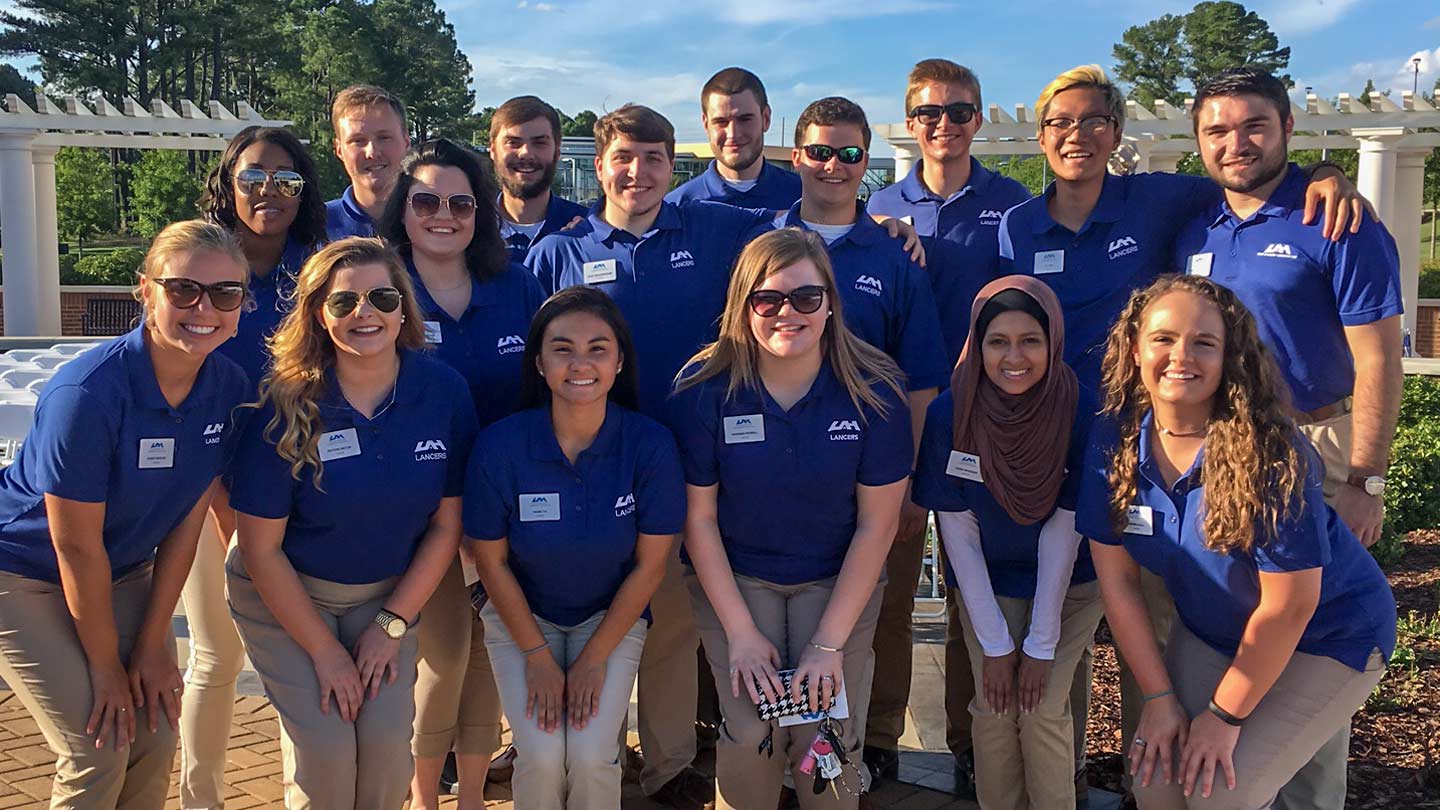 Lancers are UAH students who serve as ambassadors for the university and assist at formal functions throughout the academic year.

For the 16 students selected to serve as Lancers at The University of Alabama in Huntsville (UAH) for the 2016-2017 academic year, the mandate is twofold. The first is to serve as the university’s official ambassadors at formal functions throughout the fall and spring, among them Convocation, Peace on Earth, Commencement, and the Board of Trustees Meeting. The second is to burnish the Lancers’ 43-year reputation as one of the most prestigious organizations on campus.

“Being a Lancer is a really big deal,” says junior accounting major Jamie Furlong, who serves as the organization’s public relations office. “We are the student face of the university and the embodiment of the passion, professionalism, and hospitality of the Charger community.”

Students interested in joining the Lancers – originally called the university’s “Hosts and Hostesses” – must meet the organization’s membership criteria, including maintaining an undergraduate GPA of 2.5 or a graduate GPA of 3.0 and successfully completing an in-person interview. Once selected, they are required to donate a minimum of 15 hours of their time fulfilling their role as ambassadors, in addition to participating in at least one philanthropic event.

Over its nearly half-century in existence, the Lancers have faced several ups and downs. In 1979, the organization came close to folding before Margaret Wright, wife of then-president Dr. John Wright, stepped in to help renew enthusiasm. In 1993, the Lancers began inducting new members with a fall pinning ceremony at the Lowe House, a tradition that continues to this day. And since celebrating their 40th anniversary, the organization has experienced a resurgence in popularity, with students eager to join the more than 300 alumni who served as Lancers before them.

“We encourage anyone who shares our love for UAH and our dedication to serving the university and President Altenkirch to apply for membership to the Lancers,” says Furlong. “It’s a great way to get involved on campus, to sharpen your communication and presentation skills, and to network with community members, business leaders, donors, and alumni – people you might otherwise not have a chance to meet as a regular student!”