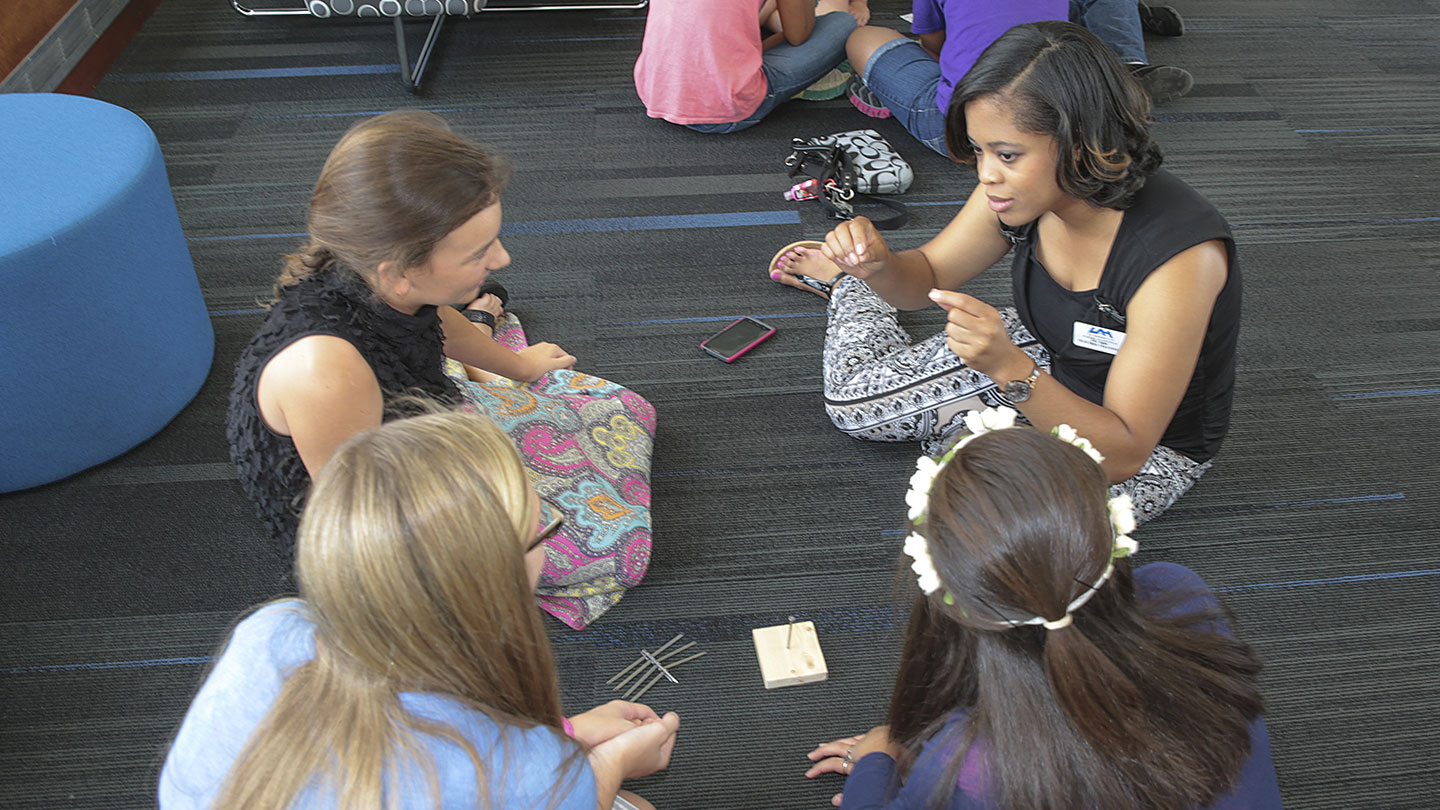 Girls entering eighth grade in the fall from around the state of Alabama who will be attending the Tech Trek residential STEM summer camp at The University of Alabama in Huntsville (UAH) will have the opportunity to build a mobile app through a course designed by MIT.

The App Inventor curriculum, which is supported by an $84,000 grant from Verizon, will be offered as part of Alabama's first Tech Trek camp to be held at UAH from July 20-25, 2014. The Tech Trek camps are a program of the American Association of University Women (AAUW), with a team of individuals from the AAUW-Huntsville Branch and UAH planning and running the UAH camp.

We are thrilled that the girls will have the opportunity to solve real problems in their community using mobile technology.

The four camps that will pilot the App Inventor course were announced at the White House Science Fair in May, which focused on getting underrepresented groups excited about STEM. The four camps include the one at UAH, one at Southwestern Oklahoma State University and two camps at the University of California, Santa Barbara.

"Females are underrepresented in all areas of STEM, none more acutely than the area of computing," says Dr. Rhonda Gaede, UAH's Tech Trek camp director and Associate Professor of Electrical and Computer Engineering. "Our teacher for this course, a high school computer science teacher, is looking forward to working with a large group of girls, something she normally doesn't get to do."

Furthermore, adds Dr. Gaede, "we want the girls to get the message that they can have a bright future in STEM. The theme of our camp is 'Changing the World for Good' and we are thrilled that the girls will have the opportunity to solve real problems in their community using mobile technology."

The Tech Trek campers at UAH will learn app design, basic programming skills, and the App Inventor tool. MIT will train Tech Trek instructors to teach the course and provide assistance during the camps to ensure flawless implementation.

Tech Trek got its start 15 years ago at Stanford University in California. The program grew to multiple sites in California, and in 2013, AAUW expanded the program's reach to four additional states. UAH, in partnership with the Huntsville branch of the AAUW, was chosen as one of three new sites to host a Tech Trek camp in 2014.