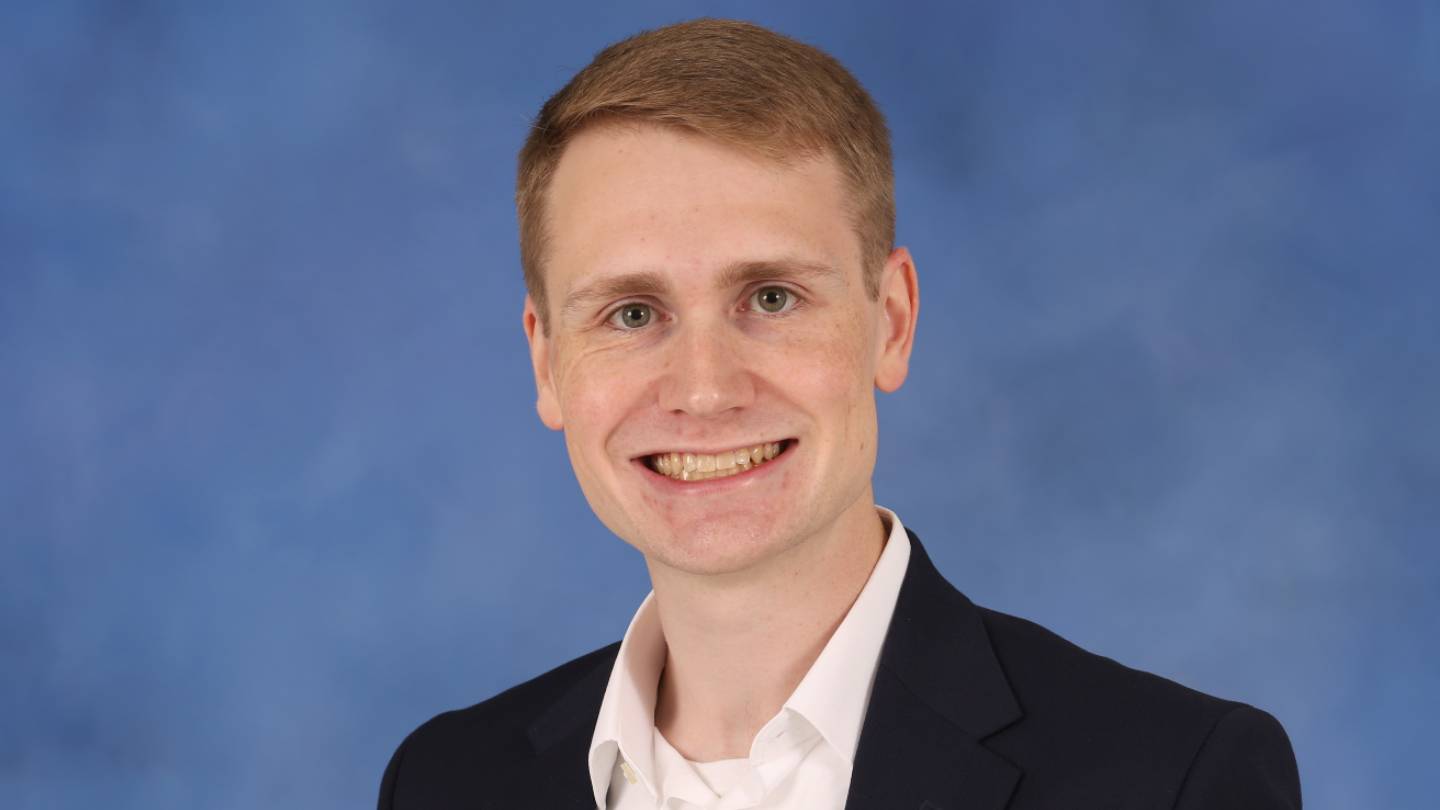 A research paper about heat transfer inside the reactor of a conceptual liquid-fueled nuclear rocket engine by a University of Alabama in Huntsville (UAH) graduate student was hot stuff at the American Nuclear Society’s recent Nuclear and Emerging Technologies for Space (NETS) conference, winning best student paper at the Cleveland event.

Winner Jacob Keese, a native of Valley Center, Kan., is a second-year master’s student in mechanical engineering at UAH, a part of the University of Alabama System. Keese is advised by Dr. Keith Hollingsworth, chair of the UAH Department of Mechanical and Aerospace Engineering. It was the second consecutive year a UAH student won best student paper at NETS.

Keese’s research was done as part of UAH investigations into a novel concept of nuclear thermal spacecraft propulsion called Centrifugal Nuclear Thermal Propulsion (CNTP), where uranium fuel is spun in a combustion chamber so the centrifugal force holds it to the walls. The fuel heats to the point of liquefaction at temperatures not far from those found on the sun, and then hydrogen gas is bubbled through it. The expansion of the hydrogen propels the spacecraft.

With UAH eminent scholar in systems engineering Dr. Dale Thomas as the principal investigator, UAH is leading a collaboration of universities across the nation to investigate the feasibility of such an engine under a research contract for the Space Nuclear Propulsion Project Office at NASA’s Marshall Space Flight Center.

“My research has been to create a numerical model of the heat transfer and thermodynamic processes within the liquid-fueled reactor," Keese says. "This is an advanced nuclear rocket concept that promises much greater performance than current rocket engines. "  Keese's modeling provides insight into what temperatures can be attained within the reactor."

“That, in turn, will help us understand the performance potential of the rocket,” he says.

“My research has application primarily to advanced space missions that require very high-performance rocket engines,” Keese says. “The CNTP concept promises an enhanced specific impulse, which is basically the efficiency of a rocket engine, like miles per gallon in a car.”

“This enhanced efficiency could be achieved without sacrificing a high thrust, which could open the door for much more ambitious missions,” he says. “Some of the missions which have been proposed are human missions to Mars with significantly reduced trip times, and robotic scientific missions to the far reaches of our solar system.”

“Jacob’s model allows us to examine the influence of such parameters as cylinder size, rotation rate, hydrogen flow rate and the level of controlled nuclear decay of the uranium,” says Dr. Hollingsworth, who is a co-author of the paper entitled "One-Dimensional Steady-State Thermal Model of CNTP Reactor."

“The right balance of these variables will keep the cylinder walls cooled down to a survivable temperature while giving us the desired level of thrust from the motor,” Dr. Hollingsworth says. “Jacob’s best paper award recognizes both his extraordinary talent as a graduate student presenter and the quality of his contribution to the field.”

Intriguing conceptually, the CNTP idea has been around since the 1960s, but the engineering challenges involved have kept it from getting off the drawing board, Dr. Thomas says.

Uranium has a high melting point, so it’s a fine line between an ultra-high performance rocket engine and a radioactive hot mess, according to Dr. Thomas.

The UAH team is attempting to walk that line and Keese’s research has contributed to the effort, he says.

“Jacob’s work on the heat transfer between the cold gaseous hydrogen and the very hot liquid uranium is foundational to establishing the engineering viability of this high-performance rocket engine concept,” Dr. Thomas says.

Keese says he was deeply honored when his name was announced for the award at the conference.

“I had been blown away by the presentations at the conference, and I was not at all expecting to receive the best student paper award,” he says. “I also felt thankful for being given the opportunity to work on such an ambitious and interesting project.”