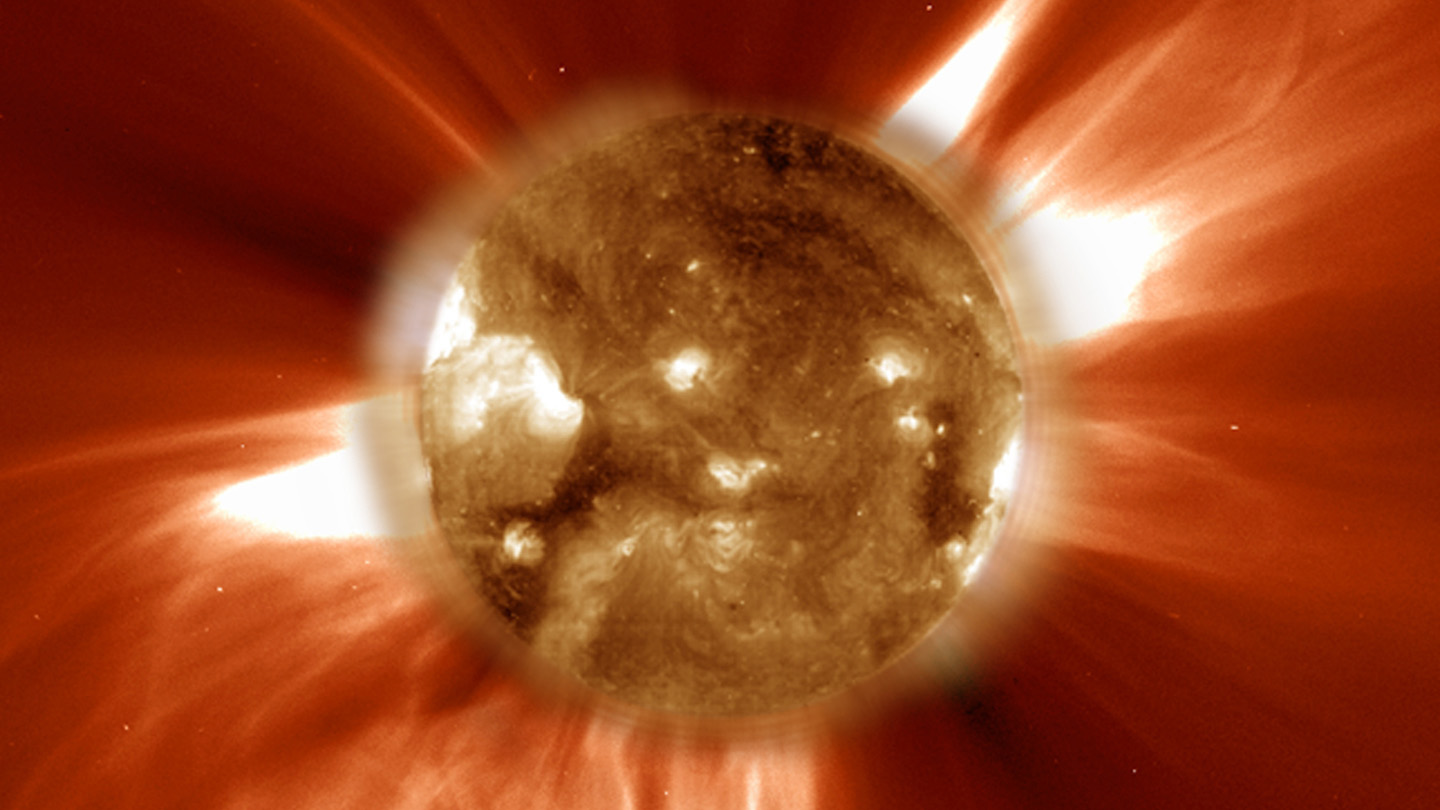 Enormous bubbles of magnetic plasma blast off the sun in a coronal mass ejection captured by the SOHO spacecraft.

When big blasts of energy from the sun envelop the Earth, they can be so strong that a 2015 event so weakened Earth’s protective magnetic field that it penetrated to the atmosphere, posing a threat to everything from circling space station astronauts to delicate electronics and communication systems.

They’re called coronal mass ejections (CMEs) and in 1989 they caused a nine-hour, systemwide electrical blackout in Canada, resulting in the loss of some 19,400 milliwatts in Quebec. A similar event today could lead to a multi-million-dollar economic loss. That’s why space scientists have been working to develop accurate space weather forecasting models to predict and track CME storms.

Now, a professor of space science at The University of Alabama in Huntsville (UAH) has received a four-year, $2.301 million grant from the National Science Foundation (NSF) to develop a comprehensive scientific model to understand and predict how CMEs influence the energetic particle radiation environment in the inner solar system and Earth's magnetosphere, and compare those results with measurements at the Earth's surface. 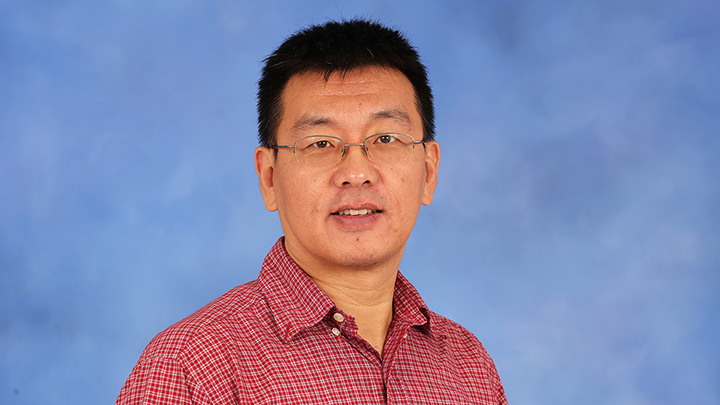 The effort is expected to supply scientists with a new open-source tool that will forecast space weather, says principal investigator (PI) Dr. Gang Li, who is also a researcher at the Center for Space Plasma and Aeronomic Research (CSPAR) at UAH, a part of the University of Alabama System.

“Existing gaps in SWMF and iPATH will be bridged by developing two new models – a machine learning-assisted CME model for the lower solar corona, and a particle tracing model for transport from the Lagrange L1 point into the magnetosphere,” he says.

Co-PI Dr. Ying Zou, an assistant professor of space science at UAH and CSPAR researcher, will play a major role in helping researchers understand how energetic particles in the solar wind penetrate into the Earth's magnetosphere and further precipitate down to the Earth's surface, as well as developing a graduate level course on magnetospheric physics.

Two other co-PIs at the University of Michigan, including 2015 UAH alumnus Dr. Lulu Zhao who was Dr. Li’s first doctoral student, will use the SWMF developed there to provide the background solar wind and CME propagation that will then be coupled to the iPATH model developed at UAH by Dr. Li and his student, Dr. Junxiang Hu.

Using the proposed unified model, scientists will gain the ability to simulate the propagation of solar energy particles (SEPs) from their launch during a CME to the time their signals are detected by ground-based neutron monitors, and account for their effects on galactic cosmic rays.

Neutron monitor data from a number of ground level enhancements and large SEP events during solar cycles 23 and 24 will be used to validate the modeling.

“An integrated SEP/ground coverage ratio (SEP/GCR) forecasting tool will be made openly accessible to the space weather community through a web interface,” Dr. Li says. Daily forecasts will be provided at eight-hour intervals.

Standard computers arrayed to increase their computational power that are called Beowulf clusters will be used at UAH and at the University of Michigan for the heavily numerical simulations and observational comparisons required to develop the new model.

The grant also will support an incoming UAH graduate student, and an early-career postdoctoral scholar will be fully involved in the research and outreach efforts.

The research has scientific implications that go far beyond predicting the timing of solar CMEs arriving at Earth.

“This research concerns particle acceleration and transport, which is not unique to our solar system,” Dr. Li says. “We believe similar processes occur in other solar systems, as well. Indeed, life on the Earth may originate due to collisions of energetic protons with Earth's atmosphere.”

Besides being of great practical and financial importance on Earth, space weather offers scientists a testbed for new ideas and models, Dr. Li says.

“The space weather is there all the time and is waiting for scientists to find some underlying mechanisms,” he says. “Modifying your model by adding new modules and new considerations, and then witnessing its successes can bring one the ultimate joy. That is what I found the most fascinating part of this research.”

The research funding comes via an NSF program with the acronym ANSWERS that is a real mouthful – the Advancing National Space Weather Expertise and Research toward Societal resilience program. It has the goal of bringing together collaborative teams of solar and geospace observers, theorists, modelers, experimenters, educators and computational experts to address some of the most challenging problems in solar and space physics and space weather.

ANSWERS aims to enable deep and transformative understanding of the dynamic, integrated sun-Earth system and the solar and terrestrial drivers of space weather and their effects. In combination with forward-looking educational endeavors, ANSWERS also aims to advance the nation’s science, technology, engineering, and mathematics (STEM) expertise and build societal resilience against space weather hazards.