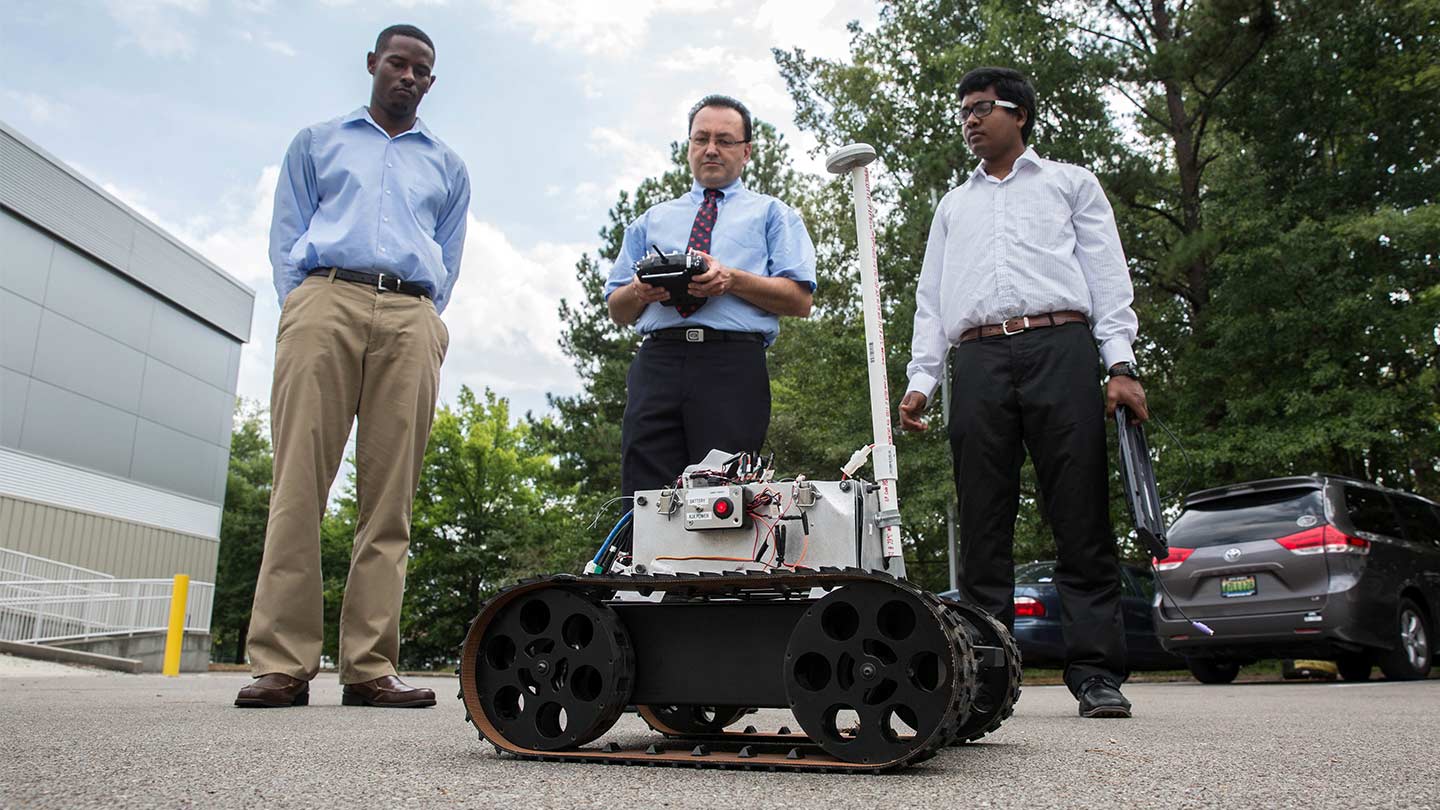 An autonomous robot being developed by two UAH students and their adviser attracted the attention of WHNT News 19 recently.

The trio is exploring ways to create an electronic "neural network" between the robot and the operator that will help empower both by releasing the robot to perform autonomous tasks assigned by the controller within certain parameters. The robot would be able to detect and act on anomalies between what the operator has told it is the path to its destination and the actual conditions it finds. It would relay that information to the operations base via the network and adjust to complete its mission. That goal is still on the research horizon.