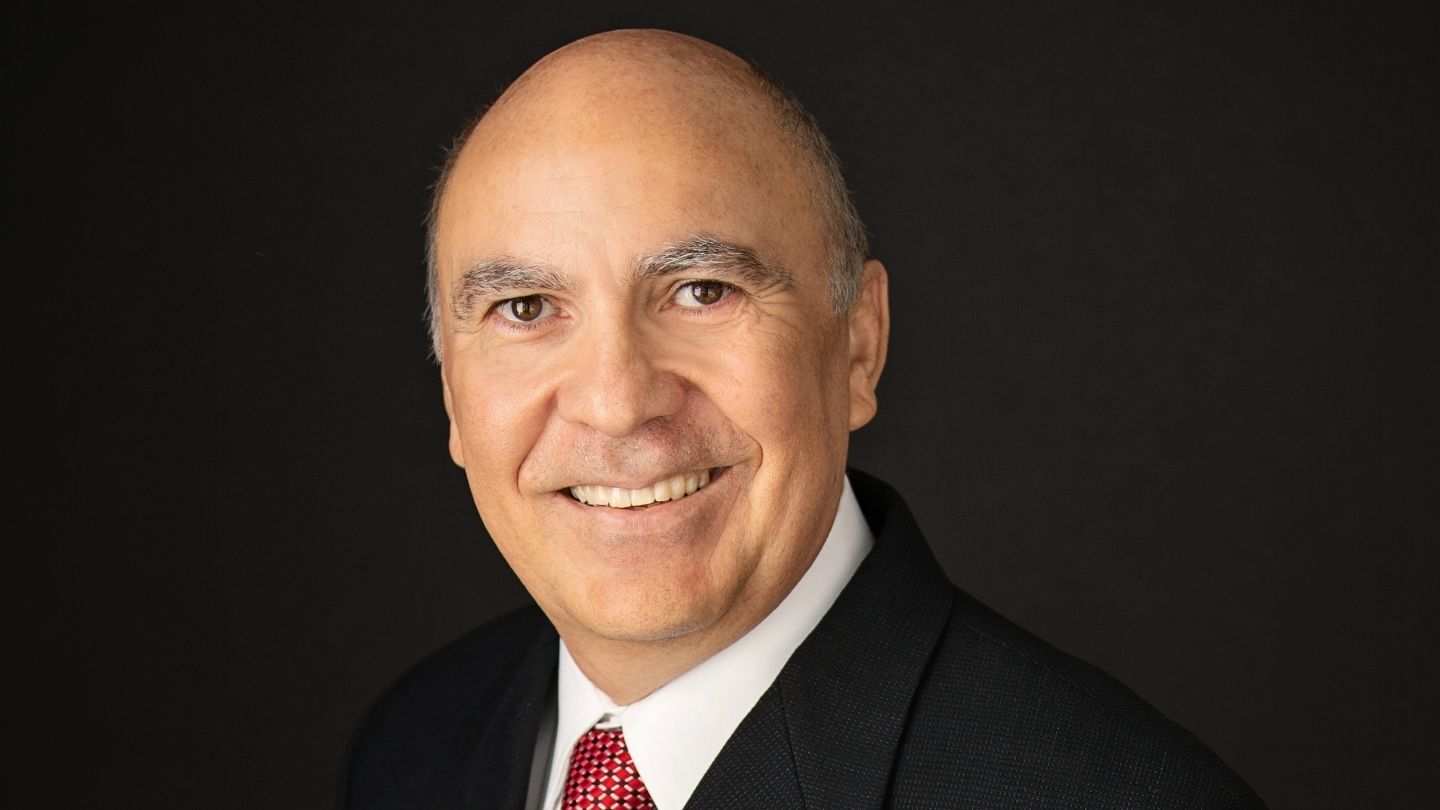 The University of Alabama in Huntsville (UAH), a part of the University of Alabama System, announced that Eric Grigorian has won the 2020 Alumni of Achievement Award for the College of Engineering. The selection was made by the Board of Directors of The UAH Alumni Association to recognize alumni for their outstanding accomplishments in their career and community.

Grigorian earned his bachelor’s and master’s degrees in Electrical Engineering from UAH in 1983 and 1987, respectively, and completed all but his dissertation for his PhD. He is a registered Professional Engineer with the state of Alabama, a registered Project Manager Professional and possesses over 36 years’ experience in the military and commercial industries.

His professional background is peppered with leadership positions, including the Director of Engineering and Manufacturing for Yulista Aviation; Vice President of Engineering and Manufacturing for AAR Integrated Technologies; Chief Engineer and Vice President of Applied Data Trends; Director of Computational Competency Center for Z/I Imaging; Executive Manager for Intergraph Corporation; and Vice President and Chief Operating Officer for Q-PC, Inc. As a Principal Research Engineer, he is currently the Chief Engineer and Chief of Aviation Systems Division for the Georgia Tech Research Institute’s (GTRI) Applied Systems Lab. He has served on the Board of Directors for several non-profits, including UAH Alumni Association, RocketHatch and BizTech as well.

When most people hear the words “Georgia Tech,” they likely think “Atlanta,” but Grigorian landed his position with GTRI in a roundabout manner that found him in a familiar place.

“I’ve been working with GTRI for five years and five months,” he says. “I saw they had a Director’s position open up in Atlanta, and since I have relatives that live in Atlanta, it seemed to be a good opportunity to move there so my wife could be closer to both her parents and I to my brother. When I applied, they indicated that they had an office in Huntsville and passed my information to the local office. Soon thereafter, I was hired out of the Huntsville office! Local people don’t realize it, but the Lab has close to 80-85 researchers in the Huntsville area.”

On a day-to-day basis, Grigorian is responsible for supporting PEO Aviation at Redstone Arsenal in developing advanced technologies to be integrated into various Enduring and Future vertical lift aircraft. Much of his time is spent participating in technical meetings and managing a division that has grown to more than 30 people. “A majority of my work ends up being technical interaction with my sponsors,” he says.

As you might imagine, Grigorian is no stranger to award recognitions. He received the GTRI’s Outstanding Performance in Program Development honor in 2017 and has been chosen Outstanding Engineer by the Institute of Electrical and Electronic Engineers (IEEE), Region 3. He was the recipient of the Huntsville Area Technical Societies (HATS) Moquin Award in 2015, as well as the HATS Professional of the Year Award. Grigorian also achieved the UAH Engineering Department’s Distinguished Young Engineering Professional Award and Intergraph’s Presidential Quality Award, to name a few.

When looking for the origins of all this energy and accomplishment, it’s easy to see why UAH and the College of Engineering, and Electrical Engineering in particular, proved to be a natural choice.

“When I was young, and before coming to Huntsville, I used to tinker a lot,” Grigorian says. “I had a radio, and I always tinkered with it, trying to fix it. The few other things I had to work with around the house were things like electrical outlets and appliances, so I got my apprenticeship in electric shock. My father would go to the bazars and would get me electronic kits that I would solder and assemble. On the Grigorian side of family, my dad was an architect and worked in building science as well as my mother. My uncles and my cousins were all engineers. So, I was kind of destined to go the technical route also.”

Grigorian has always been fascinated by the concept behind what makes actions happen in the physical world, especially when those forces are invisible: one reason why he chose electrical engineering over, say, mechanical.

Coming from Iran as a teenager, Grigorian had to acclimate quickly to his new home. While some things felt familiar, others were strikingly different and took time to get used to.

“So, I am Armenian by descent; born in Tehran, Iran,” he says. “I came from Iran during the revolution and right before getting my high school diploma. I was in Huntsville for about eight months, just in time to finish up the required classes to get an Alabama High School Diploma. When I arrived I was 17, and I told myself, you have to get to know this new place. During my upbringing, we were blessed with my dad’s work success, because we were able to travel quite a bit to Europe. In Iran, we saw the same TV shows as in the states, so that also provided some familiarity. We also learned to speak English at a very early age in school. But I came from a very large city, a real city boy; I was used to a population of almost 4.5 million at the time! So, that was the big difference.”

Always interested in helping others, Grigorian is committed to professional development and has volunteered through the IEEE since 1982. He has acted in numerous leadership roles within the Huntsville Section, including the IEEE Region 3 Area 6 Chair, general chair and co-chair for the IEEE SoutheastCon, STEM Activity Chair, and Region 3 Conference Committee Chair, among others. He has also served as the IEEE Huntsville Section’s Aerospace & Electronic Systems Society (AESS) and JCAM Society Chair. JCAM is an organization that brings together three technical societies for related technologies that are in high demand in the Huntsville area: the Joint Communications Society, the Antennas and Propagation Society (APS) and the Microwave Theory and Techniques Society (MITTS).

“I started really early on with IEEE as a student at UAH,” he notes. “In 1981, they had a membership drive in the old engineering building, what is now the Von Braun Research Hall. I walked in there for a class and joined as a student member. That got me involved. I was still an undergraduate at the time. At one of the student chapter meetings they said they needed a treasurer, so I said, ‘I’ll volunteer.’ I saw it as a good way to network and get to know people.”

Grigorian soon found his personality was a perfect fit for working within the organization and building leadership skills. “Soon thereafter they wanted a vice chair, then the chair left, and that position opened up. They couldn’t find anyone willing to take it, so I did. Then I got involved with the Honor Societies. Toward the end of my undergraduate year, the Dean of Engineering had established an Engineering Students Counsel, and that brought together the chair and vice chair of all the engineering technical organizations. Since then I have stayed engaged with technical activities with the Huntsville chapter and served in several positions. Now I’m on the ballot for IEEE Region 3’s Director-Elect position, which is an initial step prior to becoming the Region Director. It may be unusual for an engineer, but I am an extrovert and I like to engage and associate with others.”

As for what gives him the most satisfaction in his professional career? It’s difficult for this UAH alumnus to target one area in particular.

“It’s a group of things,” Grigorian says. “I enjoy working on new opportunities and concepts and seeing them through to becoming a reality. I get a great sense of satisfaction from that. Even with the volunteer stuff, I sometimes go overboard. I’m a double Type A!” he notes with a smile in his voice. “I enjoy raising the bar in terms of how everybody else has to catch up to what we did. A sense of accomplishment comes from that. Conceiving it and going through the process and seeing the final result, particularly when it was not done before, or when challenged that we would not be able to accomplish it, gives the greatest satisfaction.”