Marc Gethers, an undergraduate alumnus of the Department of Industrial & Systems Engineering and Engineering Management (ISEEM) at The University of Alabama in Huntsville (UAH), is currently pursuing his master’s degree in the same field under the guidance of Dr. L. Dale Thomas, eminent scholar and ISEEM professor. In addition to conducting research for his master’s thesis, entitled “Goal Function Tree (GFT) for an Unmanned Aerial Vehicle in a Systems-Modeling Language Environment,” Gethers also serves as a research assistant in UAH’s Complex Systems Integration Lab, where he performs model-based systems engineering for a Boeing Defense, Space & Security program and supports a NASA X-ray telescope program called Lynx. 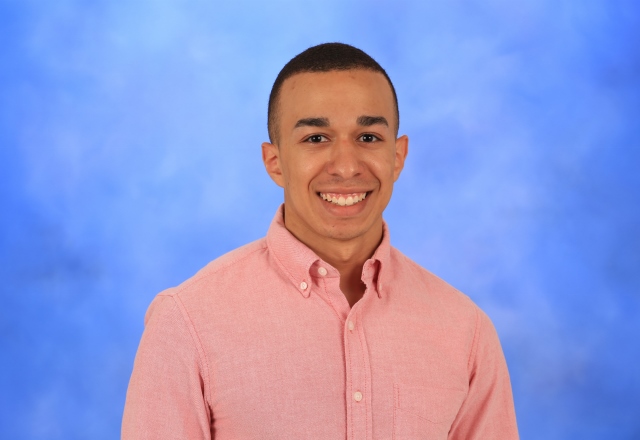 “Marc is researching how to adapt an abort-management technique – known as goal function trees – used on NASA’s Space Launch System to develop more robust systems in general,” says Dr. Thomas. “As systems become ever more complex, particularly owing to the growing use of embedded software and the Internet of Things, system robustness has become ever more critical to the successful development and operation of future systems.”

According to Gethers, the traditional requirement development process often focuses on how the system operates in the nominal environment, but it lacks rigor for off-nominal system definition. “Defining the off-nominal state is critical,” he says, “because all failures of a system represent the transition to the off-nominal state that are defined by a failure effect.” That transition is the failure, fault, or error of a system, which causes a failure effect of less than optimum operational capability. “Such degradation in performance can cause loss of mission, or worse, loss of life,” he says. “Without the realization of the off-nominal space, mission risk is increased due to unaccounted-for conditions that send the system outside of the nominal bounds.”

Gethers, who presented this past summer in Washington, D.C., and later at the Huntsville chapter meeting of the International Council on Systems Engineering, says that he is hopeful that his research improves system engineers’ ability to define system failures and effects earlier in the system-development process so that requirements can be developed to handle such cases. “The systems-modeling language environment will facilitate a more collaborative effort between the traditional failure modes and effects analysis teams and the integrated product teams to develop solutions earlier in the system lifecycle.”