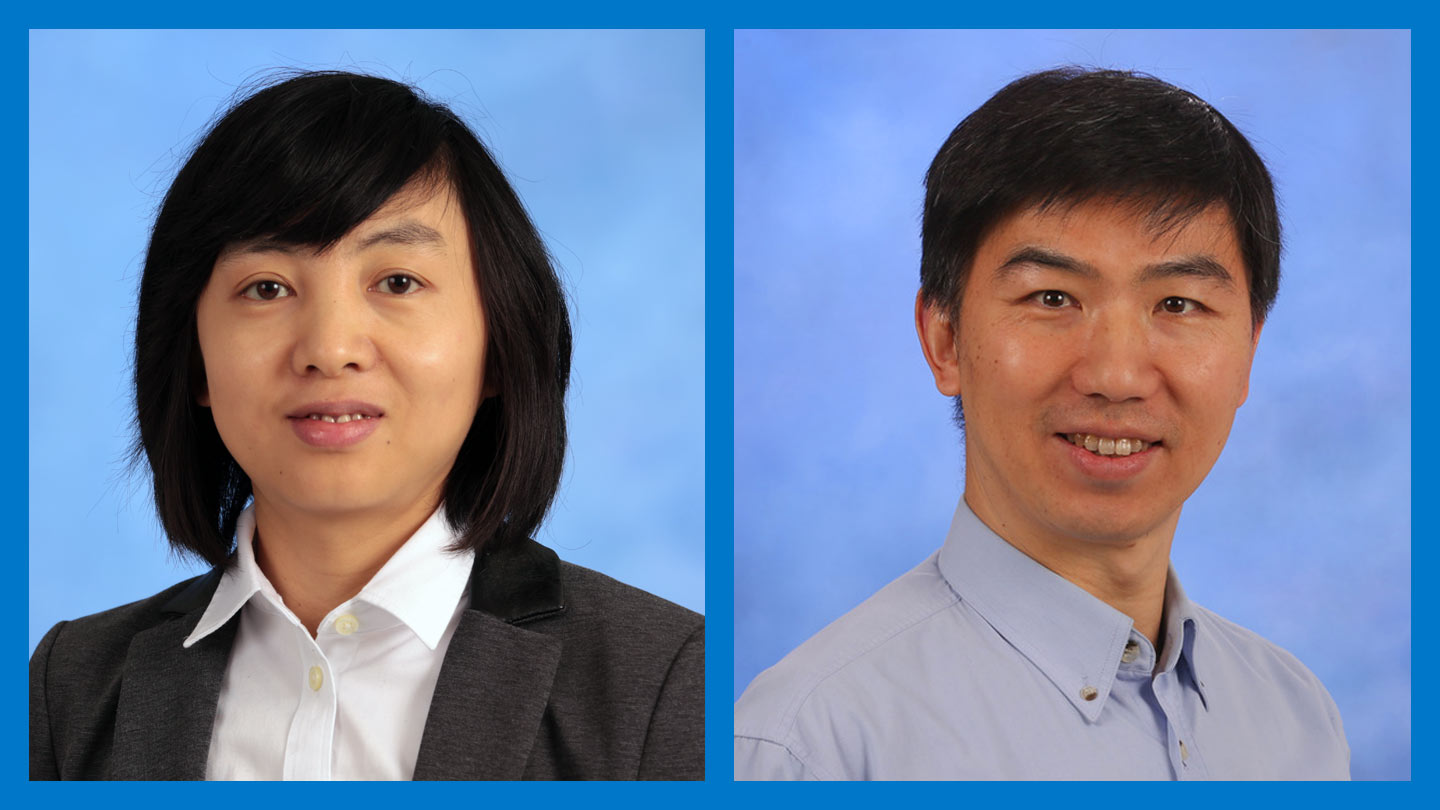 The grant is through the EPA's P3 Awards: A National Student Design Competition Focusing on People, Prosperity and the Planet.

Led by Dr. Tingting Wu, an associate professor in the Department of Civil and Environmental Engineering, and Dr. Lingze Duan, a professor in the Department of Physics and Astronomy, the research team will include students and will utilize glass fibers to develop a novel sensor network with distributed fiber probes and a centralized interrogation-detection-data processing system for real-time water quality monitoring.

"Turbidity is caused by the existence of suspended particles, organic matter and chemicals, and is widely measured in natural resources, irrigation water, the food and beverage industry, and drinking water," says Dr. Wu. "As an important water quality parameter, turbidity not only indicates the efficiency of some treatment processes but also reflects water quality changes in the distribution systems."

Increased turbidity has been correlated with contamination with Giardia and Cryptosporidium and it is used as a surrogate measure for risk of contamination by those pathogens. Studies also revealed a strong temporal relationship between turbidity and gastrointestinal events during and preceding the major waterborne disease outbreak in Milwaukee in 1993.

"All these findings emphasize the importance and necessity of turbidity monitoring in a contamination warning system," she says.

Current turbidity measuring systems are lab-based or are bulky and expensive. The high costs and limited timeframe for measurements can prohibit their application in drinking water distribution systems. A limited lifetime and higher maintenance are also prohibitive.

In Phase 1, the team is focusing on developing and evaluating the glass fiber-based optical system under drinking water relevant conditions. Later, it will build the architecture of the hub-spoke monitoring system from scratch.

"In a hub-spoke sensing network, a large number of sensor stations are linked together via a small group of central hubs, much like the nation's airline system, where a handful of large airports connect flights from hundreds of smaller cities," Dr. Duan says.

The advantage of the network topology is its efficiency in lowering the cost of interrogation-detection systems, as many sensor stations can share the service of one central hub.