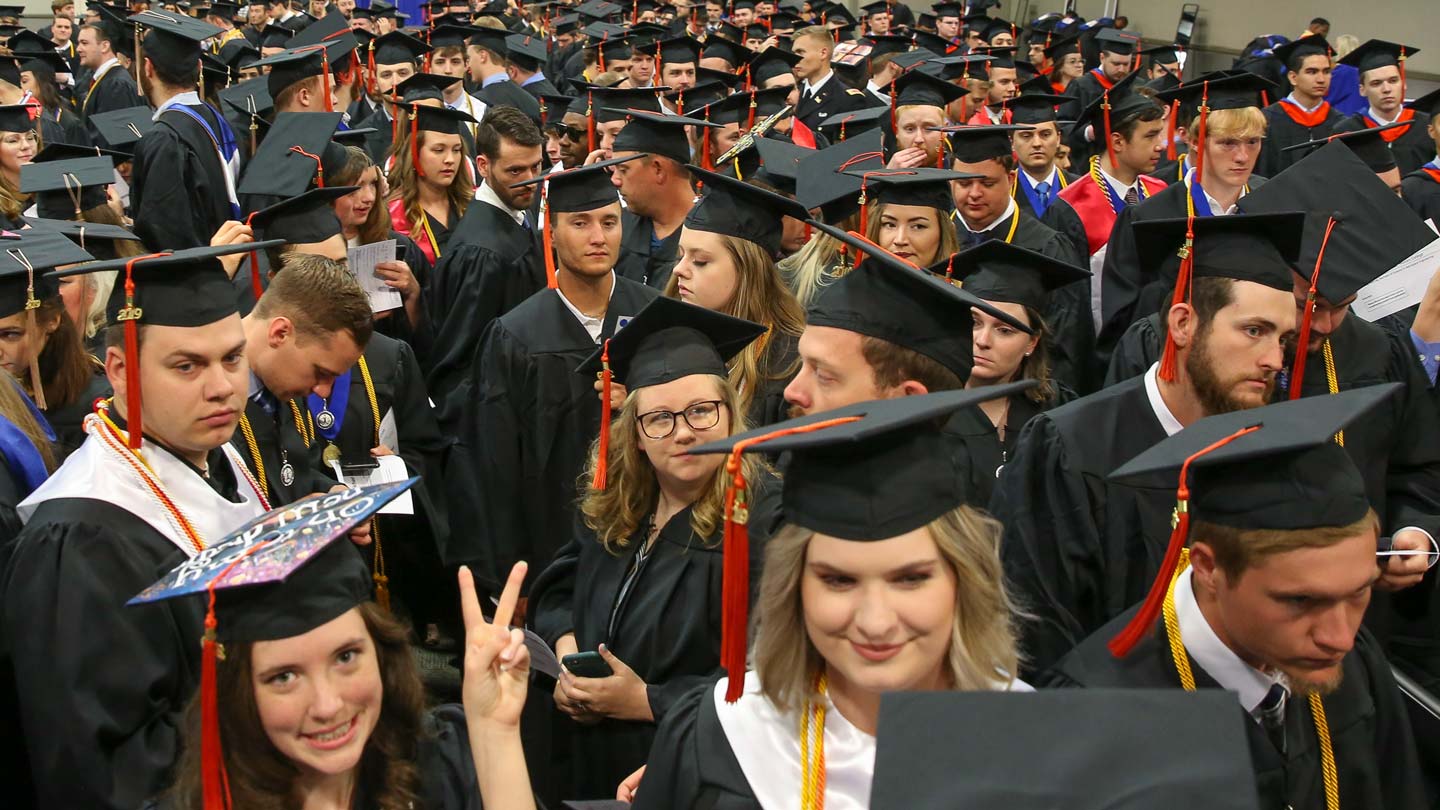 The University of Alabama in Huntsville will hold its fall commencement ceremonies on Monday, Dec. 16, at the Von Braun Center in downtown Huntsville.

The two ceremonies will include students who have completed degree requirements in the summer and fall semesters. Doctoral, master’s, and bachelor’s degrees will be presented at this event.

UAH is expected to confer more than 1,100 diplomas at its spring graduation ceremonies — 656 bachelor's degrees, 409 master's degrees and 57 Ph.D.s and Doctor of Nursing Practice degrees.

The first ceremony is December 16, 2019, at 10 a.m. for the Colleges of Engineering and Nursing. Graduates from the Colleges of Arts, Humanities, and Social Sciences, Business, Education, Professional Studies, and Science will take place at 2:30.

Dr. L. Dale Thomas will address the 10 a.m. graduates. He joined UAH in Fall 2015 as a full professor and was board-appointed as the Eminent Scholar in Systems Engineering. Within a year, he established the UAH Complex Systems Integration Laboratory, UAH's advanced systems engineering research facility focusing on Model-Based Systems Engineering. Among several projects, the lab is assisting the NASA Marshall Space Flight Center (MSFC) with cube satellites to be deployed during the first Space Launch System in 2019. In July 2017, he was appointed as the Deputy Director of the UAH Propulsion Research Center. In July 2017, Dr. Thomas was appointed Director of the Alabama Space Grant Consortium, the congress-created body that implements a portfolio of programs in research, education and public service projects in science and engineering. Dr. Thomas’ core objective in assuming the role is to strengthen ties between academic researchers and industry.

Dr. Gary Zank will address the 2:30 p.m. commencement ceremony. He is an Eminent Scholar and Distinguished Professor, Director of Center for Space Plasma and Aeronomic Research (CSPAR), and Chair of the Department of Space Science at UAH. Gary has been recognized in his field through the receipt of numerous honors and awards throughout his career. In 2017, he was named the University of Alabama Board of Trustees Trustee Professor, the first and only University of Alabama System faculty member to achieve this position. In part, this was in recognition of Dr. Zank being elected in 2016 as a member of the U.S. National Academy of Sciences, the only person in Alabama to be a member of this august body.