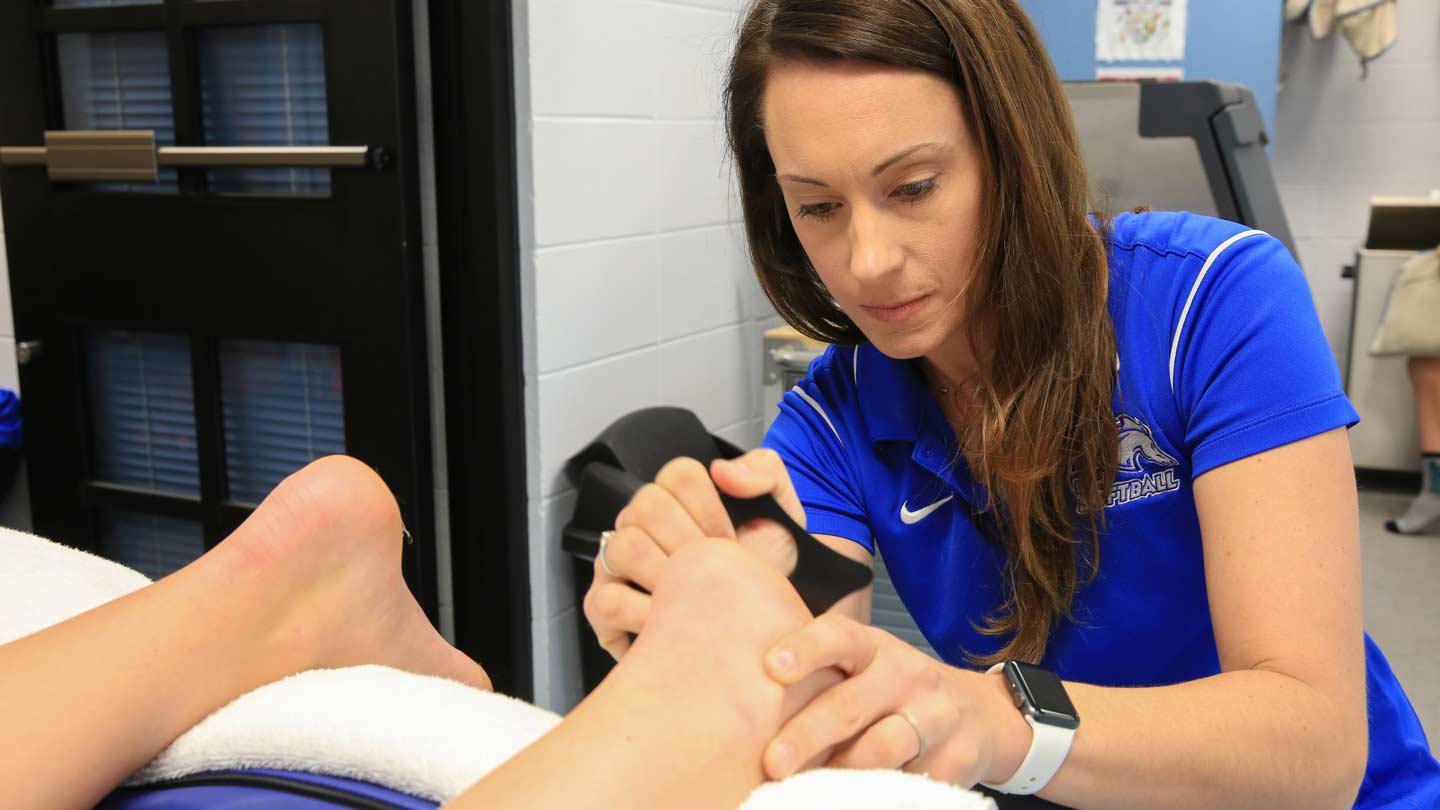 The Athletic Department’s sports performance team at The University of Alabama in Huntsville (UAH) comprises seven professionals who are tasked with ensuring the physiological well-being and successful performance of the 380 student athletes who make up UAH’s NCAA 18 athletic teams.

"There’s no one outside of the players and the coach who is as invested in the team as we are, because we are that close to the action in that we attend every practice and game," says Jeff Kinard, head athletic trainer at UAH and the director of sports medicine at SportsMED Orthopedic Surgery & Spine Center. "We are a cog in the wheel of a team’s success, and because of that, there is a recognition that what we do is important. We’re helping the athletes do their best and compete at their highest possible levels."

UAH’s sports performance team is made up of athletic trainers and strength coaches who work both independently and in tandem with each other. The former includes assistant athletic trainers Jen Cole, Sean Venckus, Sara Breslin, and Cameron Street, while the latter includes head strength coach Tyler Shimizu and graduate assistant Matthew Aldred. Like Kinard, both Cole and Venckus are employed directly by SportsMED, who for the past 10 years has not only "donated" athletic trainers to UAH but also funded a preponderance of the supplies used by the sports performance team.

"Our athletic trainers’ primary role is as health-care providers," says Kinard, who holds both an undergraduate degree in athletic training and a master’s degree in public health. "They evaluate and manage injuries and illnesses, and they help maximize performance by working with the athletes on things like nutrition and time management." Strength coaches, meanwhile, write and supervise the athletes’ workouts, providing both motivation and accountability.

It’s when an athlete is injured, however, that the two work together. "The trainers will do things specifically to help the injured part," he says, "while the coaches will keep the whole athlete healthy until the injury heals."

Cole, who not only has her bachelor’s and master’s degrees in exercise science, but is also currently pursuing her Ph.D. in kinesiology, describes the process as one of "constant communication" that ensures an athlete’s training load is appropriate given the injury sustained. In addition, she says, "one of us is always there during clinic hours throughout the week so athletes can come by and do their rehabilitation exercises or have an injury evaluated." 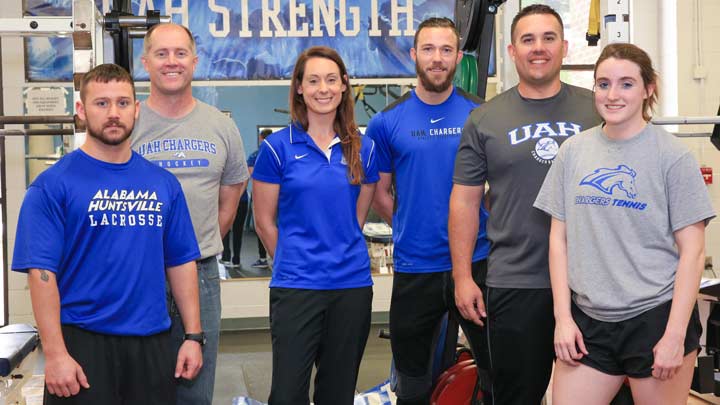 It’s a comprehensive approach that hasn’t gone unnoticed by the athlete’s coaches, who are quick to acknowledge the benefits. "Our sports performance professionals play a vital role in our athletic department, and I am so grateful for them and what they do for our athletes," says Dr. Cade Smith, Head Volleyball Coach. "They go above and beyond to make sure that our athletes achieve their maximum level of performance, and their expertise is invaluable."

That’s particularly true when an athlete suffers a grave injury, something Kinard has dealt with more than once over the course of his nearly 25-year career. "Saving lives is part of the job," he says. "I’ve seen sliced jugulars, heat stroke, cardiac arrest, head trauma – you name it. When something happens, we’re the go-to person on the scene." That said, the majority of injuries tend to be more run of the mill: sprains, tendonitis, and in the case of hockey, a plethora of lacerations. "Hockey has more cuts than probably all of our other sports combined," he says with a laugh. "I would say my wound-management skills are now top notch."

As for those interested in going into the field, the path is straightforward and usually begins with a kinesiology degree. Students must successfully complete a four-year program that has been certified by either the National Athletics Trainers Association or the Collegiate Strength & Conditioning Coaches Association. Often, these programs include an internship component to give them hands-on experience before graduation. After that, says Kinard, they need to be ready and willing to travel – a lot. "It’s a pro and a con, but if you’re an adventurous spirit and like to see new places, it’s a good choice for a career!"