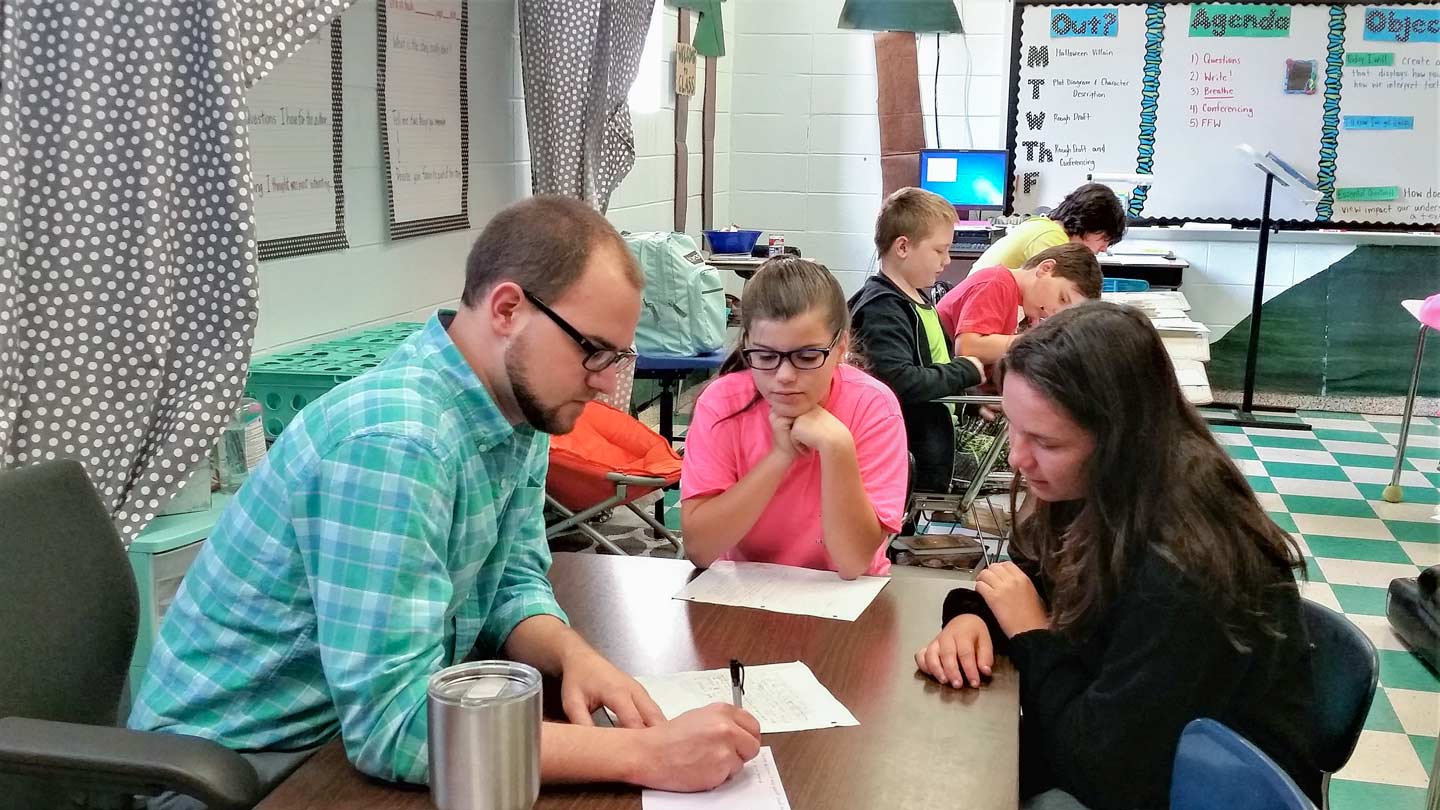 "The Liberal Arts encourages risk-taking, especially when students venture into a new or unknown topic. Pushing students outside their comfort zones is one of the reasons why I want to be a teacher," said Dylan Stewart, a graduating senior in the College of Arts, Humanities, and Social Sciences at The University of Alabama in Huntsville (UAH).

"I believe the number one benefit of earning a degree in the Liberal Arts is learning how to think outside the box. Any area of study in Liberal Arts pushes people and challenges them to question what they see, hear, and read," Stewart pointed out.

Originally from Huntsville, Stewart graduated with an advanced diploma from KDS DAR High School in Grant, AL. Stewart knew he wanted to attend UAH during his senior year of high school. "The university recruited me to play baseball. I had intentions of signing a partial scholarship to play for UAH, but suffered a career ending injury while playing in a fall recruiting camp." Stewart chose to attend Snead State Community College (SSCC— Boaz, AL) since baseball was out of the equation.

"At SSCC I majored in English with the intent of minoring in technical writing once I transferred to UAH, but my mentality changed during my sophomore year at the university. I changed my concentration to secondary education so I could become an English teacher. Although my major is technically English, I consider myself an educator first and literary student/critic second."

Stewart's UAH professors prepared him well — not only for a career in education, but ensured he got a jump-start as an academic writer. "I could not ask for better professors at UAH, especially in the English and Education departments," he said. "The English professors are not only phenomenal at their craft, but are also excellent mentors and always willing to help. They also genuinely care about their students' success and well-being. For instance, Dr. Alanna Frost, Chair of the English Department, after reading about an empirical study I conducted, encouraged me to seek publication for the paper in hopes of me gaining credibility and recognition early in my writing career." And, I cannot thank Mrs. Sue Verlaan, my supervisor during student-teaching and English Methods instructor, enough for all the guidance she has given me over the past year. She is the epitome of what it means to be a great educator."

Stewart's answer to high school students considering a profession in STEM fields rather than Liberal Arts, is swift and genuine. "The study of Liberal Arts is fundamentally misunderstood. Although a career in the STEM fields typically pays more than a career in Liberal Arts, this area of study has countless 'untold' benefits. For instance, imagine reading novels like Elie Wiesel's Night or Harper Lee's To Kill a Mockingbird without contemplating how powerful hatred, racism, ethnocentrism, and other such views affect the world in which we live. The Liberal Arts encourage us to think critically about the world we live in and forces us to reconsider how we perceive certain systems. Never stop questioning preconceived notions and ideals, and be prepared to think critically about everything you come across."

Stewart recently accepted a teaching position at Mae Jemison High School. He will teach ninth grade English classes beginning in January. In addition, Stewart is engaged to Morgan Kirkland and the two will marry next fall. He also starts graduate studies in English next year at the University of West Alabama (Livingston, AL).