NASA Selects Investigations for First Mission to Encounter the Sun

NASA Selects Investigations for First Mission to Encounter the Sun

The University of Alabama in Huntsville has been awarded one of the five instrument suites on a new NASA mission called SOLAR PROBE PLUS.  The instrument suite is called SWEAP and is designed to measure protons and electrons in one of the most challenging environments imaginable. The project is a close collaboration between NASA’s Marshall Space Flight Center and The UAHuntsville Center for Space Plasma and Aeronomic Research (CSPAR).  The UAHuntsville team lead is Prof. Gary Zank (PI), who is both Director of CSPAR and Chair of the Physics Department. Dr Jonathan Certain is the NASA MSFC (PI) team lead. Other CSPAR members engaged in the SOLAR PROBE PLUS mission are Dr Qiang Hu, and Ken Wright (Instrument Scientist); and Prof.’s Nick Pogorelov, Gang Li, Vladimir Florinski, and Jacob Heerikhuisen, all in the Physics Department as well. The SWEAP instrument suite is the result of a partnership between UAHuntsville, NASA MSFC, SAO, Los Alamos National Lab, SSL Berkeley, and MIT.

The SWEAP investigation for the Solar Probe Plus (SPP) mission consists of two types of instruments to measure protons, alpha particles, and electrons that are present in the solar wind.  One of the instruments is called a Faraday Cup (FC).  Dr. K. H. Wright of CSPAR at UAHuntsville will serve as the local Instrument Scientist for the FC.  To ensure that the FC can measure the solar wind particles at all different manifestations of its formation in the solar atmosphere, the FC will be placed alongside the satellite heat shield.  At this location the FC will bear the full brunt of heating from exposure to the Sun while performing the required particle measurements.   Dr. Wright’s responsibilities are to oversee the testing that will demonstrate the ability of the FC to perform in the harsh environment of the solar atmosphere at closest approach, oversee the production of a hardware component of the FC at UAH, and analyze data from the FC during the SPP mission.  Testing of the FC will be conducted in the Solar Wind Facility (SWF) located at MSFC and shown in Figure 1.  The SWF provides a test-bed for simultaneously exposing instrumentation to protons (or alphas), electrons, and ultra-violet light.  An upgrade to the facility must be performed to add capability for heating the FC to the expected temperatures that would be reached during the spacecraft’s closest approach to the Sun.  If the FC design is proved feasible during these environments tests and approved during reviews with Solar Probe Plus mission management, then flight models of the FC will be built.  The calibration of the flight models will be overseen by Dr. Wright and performed in the SWF.  The heating environment will not be used for the calibration activities.  In all of the activities involving the SWF, Dr. Wright will work closely with MSFC personnel to assure successful testing.  Dr. Wright currently maintains a working relationship with the same MSFC personnel on another project and this existing relationship will prove valuable in this technical challenge to provide a FC for SPP.

To determine the characteristics of the solar wind particles, voltages are applied to internal components of the FC in both static and varying fashion.  One of these components, called a grid, is to be fabricated at UAHuntsville from silicon carbide (SiC) material.  The highly specialized process was demonstrated by making a prototype SiC grid in the Nano- and Micro-Device Center at UAH (see Fig. 2).   Dr. Konstanty Mazuruk of UAH was responsible was producing this grid and will be performing this activity for SPP.   The Si-C grid produced by Dr. Mazuruk was successfully tested in a prototype FC and results from this test were used in the original SWEAP proposal to NASA.

Missions such as SOLAR PROBE PLUS, along with our other recent successes are helping propel CSPAR and UAHuntsville to considerable prominence in the space and solar physics community, allowing us to offer unparalleled opportunities to our students. 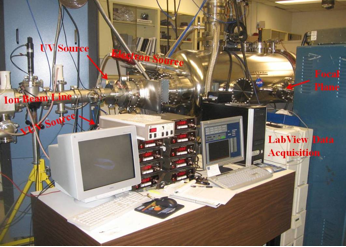 Figure 2.  A Silicon-Carbide grid produced at UAH in the Nano- and Micro-Device Center.