At the end of 2008 CSPAR purchased a 48 node “blade” cluster, called “bladerunner”, from Dell. This cluster incorporates the latest high density design philosophy, with each node incorporating two quad-core processors and 16 Gigabytes of RAM. Since we mainly use the cluster for large-scale simulations where hundreds of individual processes are used to solve a single physics problem, we require very fast, low latency, communication between nodes. The latter is achieved through the use of Infiniband interconnects that can transfer at up to 20 Gigabits per second between nodes. We ordered the cluster without hard-drives, and each node operates on a trimmed down version of Fedora 13 Linux loaded into RAM at boot time, making this a so-called “diskless” cluster. The master node includes 11TB of temporary storage, spread over 3 raid arrays.

Recently, we ordered a new rack and a fourth blade enclosure with 5 additional blades. These nodes incorporate the latest Nehalem CPU architecture and triple-channel memory, that provide a significant speed-up over the older Core-2 CPU's for some applications. The cluster now has a total of 53 nodes, 424 cores and 828 GB of RAM. We anticipate continuing to expand the cluster as funding allows. 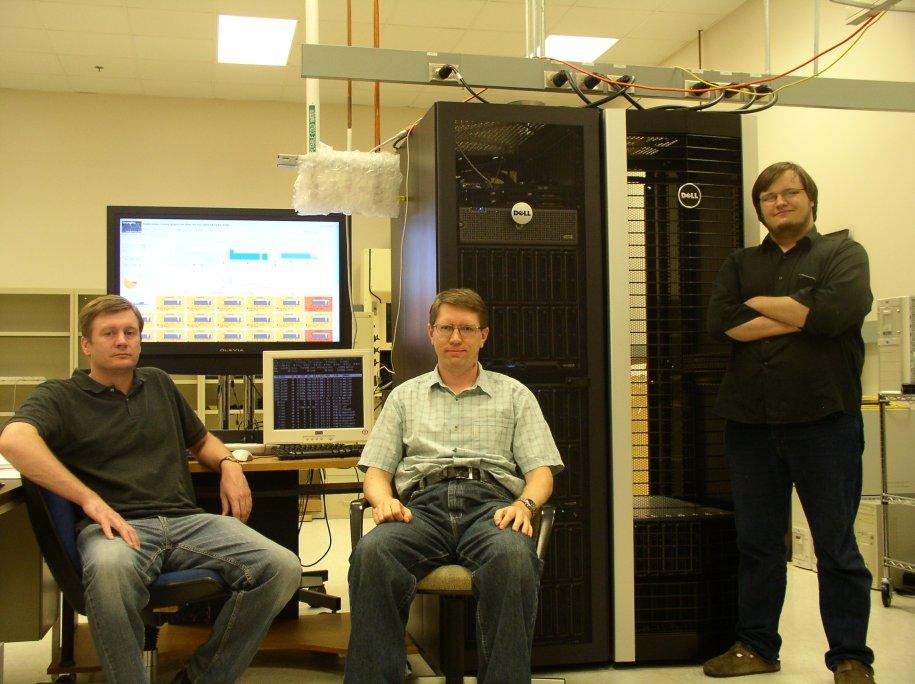 Dr Jacob Heerikhuisen (left) and Dr Vladimir Florinski (center) are CSPAR scientists and Assistant Professors in Physics, along with Chris King the CSPAR system administrator, in front of the two racks that make up the bladerunner cluster. 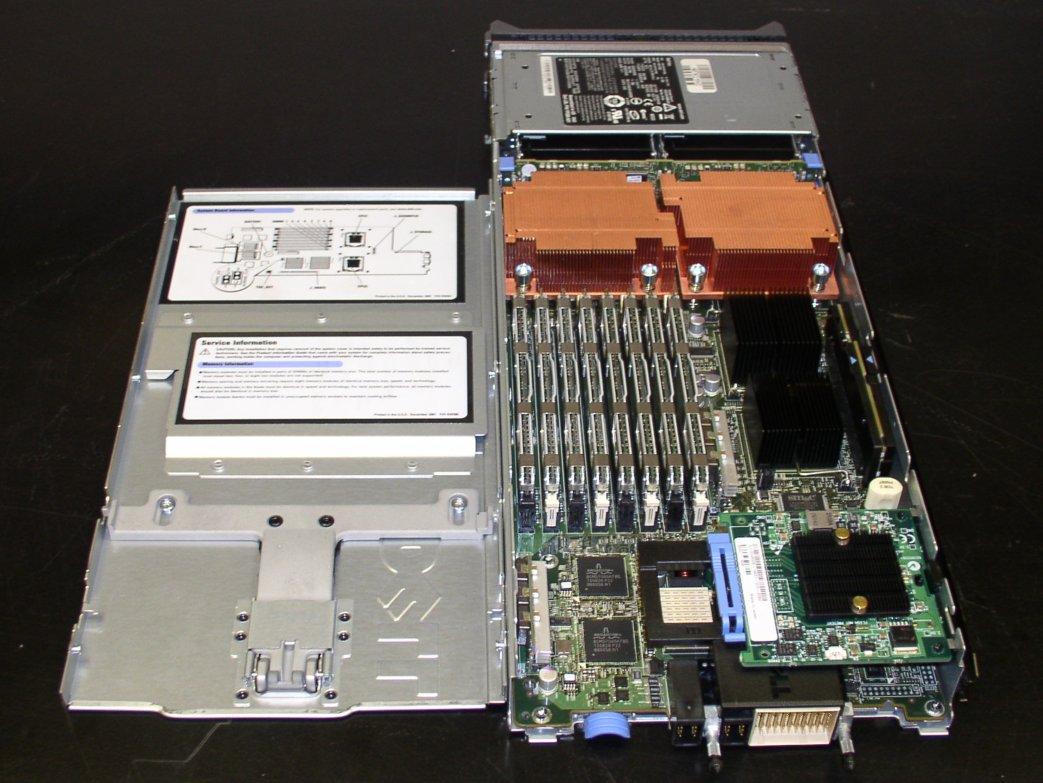 One of the blade-style nodes from the cluster. Note how the memory and cpu cooling fins (copper) are aligned with the front-to-back airflow through the node. Each node connects to the chassis via the pins at the rear of the node.