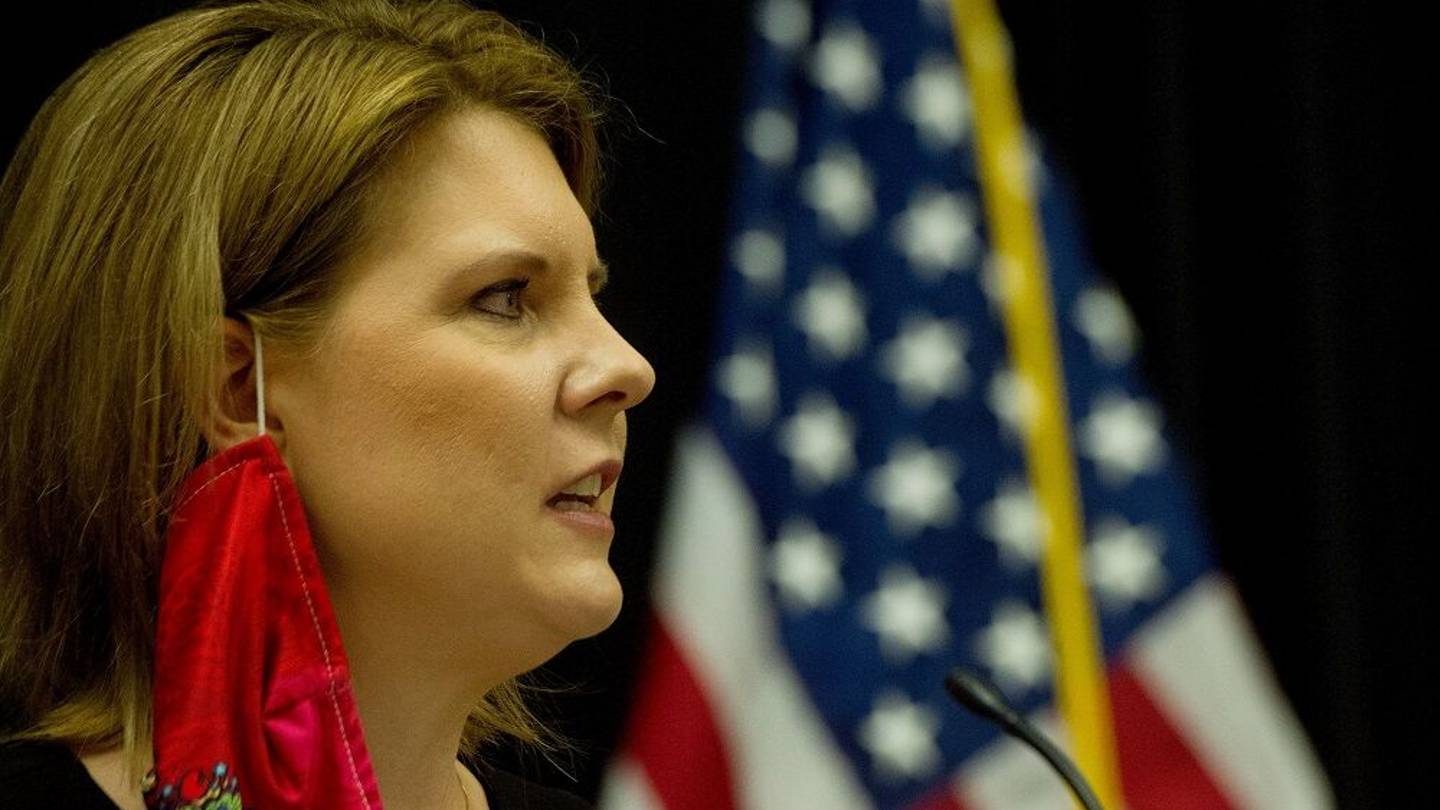 “Honestly, I was stunned and honored,” Dr. Reitmeier says, when reflecting on being named Civilian Employee of the Year. “The efforts in which I have been involved have absolutely been a team effort. I have a great deal in personal and professional pride in what those teams were able to accomplish, so it was an honor to be able to represent them specifically, and my organization globally, by receiving this award.”

Christi Dolbeer, director of the Technology Development Directorate at the DEVCOM Aviation & Missile Center, in her nomination of Dr. Reitmeier, stated the UAH alumna “consistently demonstrated superior achievement in leading people and producing results for the Army.”

Dr. Reitmeier obtained her undergraduate and master’s degrees in electrical engineering and her doctorate in industrial and systems engineering from UAH and began her career as a contractor working at what is now known as the U.S. Army Combat Capabilities Development Command Aviation & Missile Center (DEVCOM AvMC) in 1997.

“I transitioned into a government position in 2003 with the then-System Simulation Development Directorate,” she explains. “Both my paternal grandfather and father worked for AvMC as electrical engineers, so my experience both with the overarching mission of supporting the soldier through missile system development, as well as the organization itself, reaches back as far as I can remember. Some of my earliest memories were hearing stories my grandfather told about supporting the Patriot missile system and my father’s stories about supporting what was then the Precision Fires Project Office (Now Strategic and Operational Rockets and Missiles STORM).”

Dr. Reitmeier says she shares the award with her team and thanked the many people who helped her along her way, singling out her father, Mike Brown, as “my best mentor ever.” Brown worked for 25 years in the former AMRDEC’s Technical Management Directorate.

The alumna became the associate director in late February of last year and performs a number of vital duties on a daily basis to support the mission of the directorate.

The education I received through UAH’s electrical and industrial engineering programs has been pivotal in my ability to work through complex technical problems and ideas.

“Propulsion and Structures is at the forefront of developing the technologies related to missile propulsion systems, warheads, control systems, launchers and material technology, as well as analytical and testing activities, to ensure the performance, sustainment and proper disposal of existing systems,” the honoree notes. “For most of my career I have served as part of, or leading, technical teams. Leading technical teams requires a fairly equal focus on the health and growth of your team members, the financial condition of your program, adherence to schedule and the technical performance of your product.”

As an associate director, Dr. Reitmeier places a special emphasis on helping to develop and support her team members.

“While the other project pillars are important, they tend to be managed at the project and branch level,” she says. “My attention is directed toward talent management. This new role has expanded my responsibility for ensuring DEVCOM AvMC has the appropriate depth of talent in our core competencies in propulsion and structures to support the Army’s modernization priorities, while maintaining our responsibility of readiness to fielded weapon systems.

“This includes ensuring that we are mentoring and developing our employees within their career fields, while providing advancement opportunities, reinforcing and expanding supervisory autonomy and accountability and providing clear and consistent communication with the workforce. Finally, within Propulsion and Structures my team regularly interacts with inherently dangerous material. The leadership team of division and branch chiefs have done a tremendous job of creating a culture of safety.”

When asked how her work has been impacted by the pandemic over the last couple of years, Dr. Reitmeier credits her team for weathering these challenges.

“Honestly, our team has really stepped up,” she says. “We don’t execute the kind of work that can be executed at home, so to a great extent the team has taken some extra precautions, but pressed on to keep delivering for the mission.”

One of the most vital aspects of that mission includes supporting the Army’s cutting-edge hypersonic program.

“Our team provided support through the design and development of the thermal protection system (TPS) for the Army/Navy Common Hypersonic Glide Body (CHGB),” the alumna says. “Simply put, the TPS is the external layer of the weapon system that provides protection from the environment in flight. This program is a tremendously challenging effort involving representatives from government, industry and academia. It is an extremely interesting time to work in missilery. We have the best of the best very tightly aligned to produce specific and timely results.”

Dr. Reitmeier says she chose UAH for her education due to the academic opportunities provided, as well as the University’s unique and valuable connections to her chosen field of interest.

“I was fortunate enough to receive an academic scholarship from UAH which significantly reduced the financial burden on my family,” she says. “Additionally, it has a solid engineering program with the added benefit of close ties to the AvMC community (government and industry) for CO-OP and internships.”

The mentors who supported her and experiences she forged at her alma mater helped jump start her career, leading to the position she holds today.

“The education I received through UAH’s electrical and industrial engineering programs has been pivotal in my ability to work through complex technical problems and ideas. Additionally, my coursework and application-based research for my Ph.D. in engineering management has allowed me insight into the complexities of organizational structure and team development. Dr. Dawn Utley, my advisor, convinced me to tackle this area of study and was extremely formative in my ideas about talent management and development.”