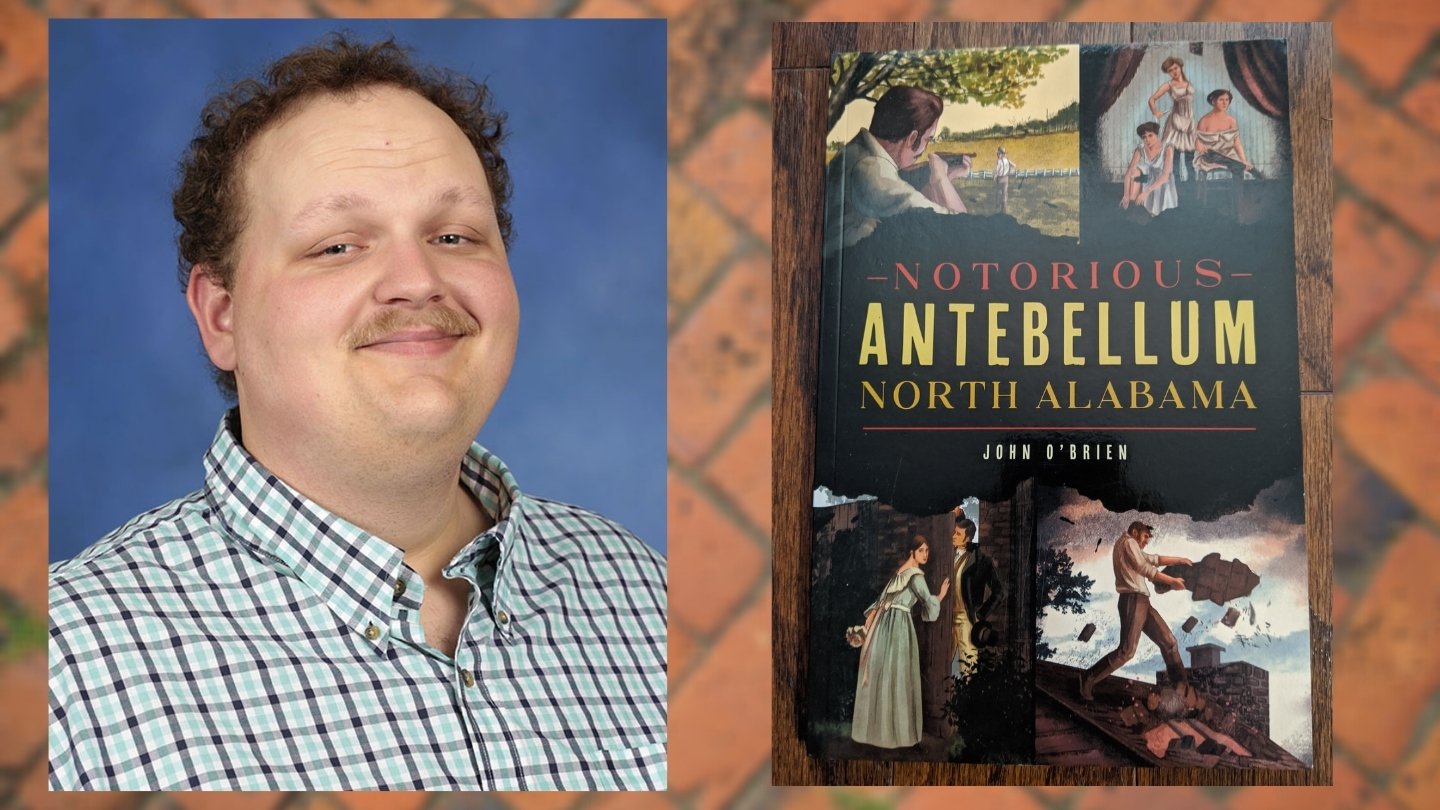 John O’Brien’s (‘14 History) new book Notorious Antebellum North Alabama (True Crime) describes the lawlessness of North Alabama before the Civil War. The book consists of several short stories and when compared to most history books, the publication tells the story of the often unexamined communities during this historical period.

“In the book you will hear stories about liquor, kidnapping, prostitution, and divorces,” says O’Brien.

One of the more interesting and complex chapters of the book tells the story of the divorce between a young woman and her lawyer husband. The young woman had a torrid affair with a traveling actor that led the court case documentation to be filled with love letters and dream sequences.

The topic of divorces during this time period became an interesting focus on O’Brien’s research at UAH and a significant portion of the book.

“When I was at UAH, I was doing a bunch of research on the history of divorce for an independent study with Professor Christine Sears. I examined 73 divorce cases from North Alabama prior to the civil war and I kept stumbling on all these interesting and random cases.”

One of the cases became an inspiration for a chapter in his book. It tells the story of a man who tore apart another man’s log cabin with his bare hands. The interesting stories within the court cases led to research papers and a personal blog. The publishing company Arcadia, after reviewing his blog and research, reached out to O’Brien about creating the book. It was after 3 years of continued research and writing that the book was published.

O’Brien completed his research at the Madison County Courthouse.

“In Madison county we've never had a courthouse fire or an archive fire. We are also the second oldest county in the state after Washington county, and so we have an unbroken line of court and county records that stretch all the way back to like 1810.”

The enthusiasm from local volunteers and historians contributes to a vast county archive and special collections.

O’Brien hopes to continue publishing historical narratives and credits his faculty in the UAH History Department for helping guide his research and interest in public history.

“Pretty much everyone that I encountered in the History Department at UAH is amazing. They really believe in their students.”  He shared his appreciation for the late Dr. James Isbell and his work with Dr. Andrew Dunar and Dr. Christine Sears.

For more information on our Department of History, please contact history@uah.edu