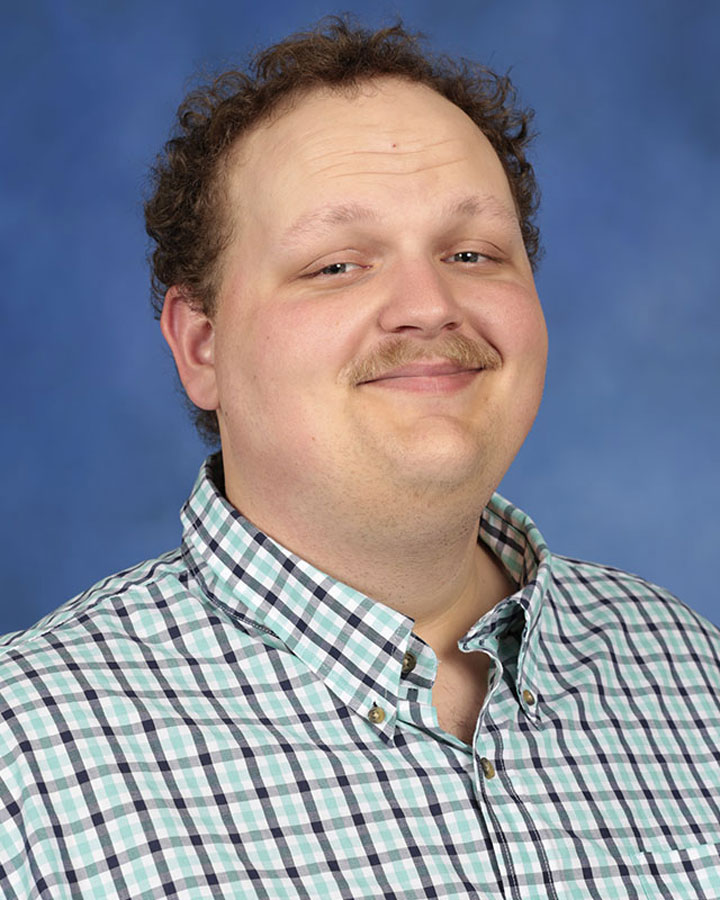 John O'Brien wasn't expecting to win the award for best paper at the Phi Alpha Theta Alabama Regional Meeting in Tuscaloosa last month. But that's exactly what the history major and brand-new graduate of The University of Alabama in Huntsville (UAH) did with his presentation on migration and divorce in antebellum North Alabama.

An Alabama native, O'Brien first became interested in the topic while taking Women in U.S. History with Dr. Christine Sears. "I brought up the fact that Alabama has strange divorce laws and she suggested I look into it," he says. So he did. "I was like, I'm going to drink a beer and look at our first constitution!" he laughs.

What he learned from that 1819 document was that divorce in Alabama at the time required approval from two-thirds of the state legislature – "a leftover from British precedent," says O'Brien. It was a complicated, expensive, and time-consuming process, and as a result, he says, "divorce was the rarest form of dissolving a marriage" in the region.

Much more common by far was desertion, something O'Brien came across time and again during his research of Madison County's pre-Civil War divorce records. "The majority of cases I found in the county dealt with one spouse leaving the other and just going to another part of Alabama or the Republic of Texas," he says.

Desertion was facilitated, he continues, by the "frontier atmosphere" that characterized the nascent state. "There was a flood of people coming here in the 1840s – they called it 'Alabama fever' in other parts of the country," he says. "So people were constantly moving and setting up temporary households."

And if you were a white man, "you could just leave your wife and go somewhere else and face almost no repercussions," says O'Brien. The infrastructure needed to oversee and enforce the laws simply didn't exist, particularly once the perpetrator crossed out of the local sheriff's jurisdiction.

That was not the case in the Northeast, which enjoyed both a solid infrastructure and comparatively simple civil divorce process. But while those states suffered "much higher rates of divorce," he says, the records show that the North and the South were both impacted by the unprecedented social changes taking place during that time period.

The only difference is why. The obvious explanation, and the one proffered by much of the current historical scholarship on the topic, is that slavery was at the root of the dissolution of Southern families. And indeed, says O'Brien, "in Virginia and North Carolina, slavery completely impacted every interaction and was the catalyst for divorce."

But not so in Madison County. "I found that migration was probably the biggest detriment to marriages in Northern Alabama prior to the Civil War," he contends. "I think desertion was a lot more common in the South than people are wanting to admit, and that people probably had more spouses than we've realized."

I think desertion was a lot more common in the South than people are wanting to admit, and that people probably had more spouses than we've realized.

The argument ultimately formed the foundation of O'Brien's research paper on the topic – "topic seldom addressed," says Dr. Sears. "His work runs contrary to what scholars have concluded about Southern antebellum divorce and is thus an important contribution to Southern history."

And it was that paper, which O'Brien later presented at the Phi Alpha Theta conference, that earned him not only the best paper award but also high praise from Alex McLure, the conference organizer and president of Phi Alpha Theta's University of Alabama chapter.

"John's paper stood out with the primary source support, strong and creative argument, and excellence in writing," says McLure. "As the moderator of his panel, I can also say that his presentation matched his writing and stood out as one of the best of the day. He represented UAH very well!"

That, of course, comes as no surprise to Dr. Sears.  "John is very smart, researches and presents arguments like a professional historian, and writes well – and he has a great sense of humor to boot," she says. "It's been my privilege to work with him this semester, and I'm so proud of his research, written work, and Phi Alpha Theta best paper win."

Eventually, O'Brien says he plans to submit a "hopefully much more polished" version of the paper to the Alabama Review. But in the meantime, the newly graduated historian is focused on more pressing matters – like finding employment. His dream job?

"Someone paying me to tell them about Alabama," he says with a laugh.