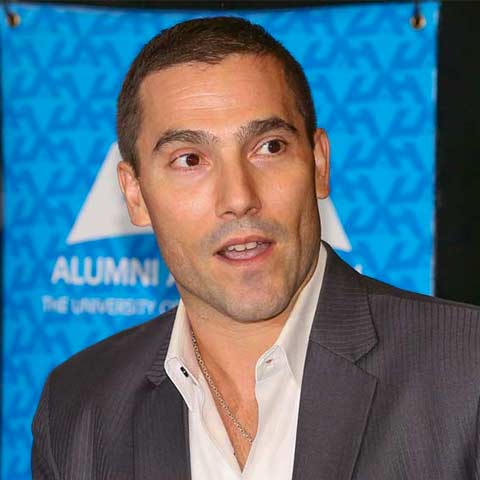 We sat in the cafeteria with a counselor and the university academic handbook, for more than an hour, discussing majors and career opportunities. Ultimately, we chose Foreign Language and International Trade, because each of us had substantial experience with foreign languages and we were inspired by future travel opportunities. The decision I made in the university's cafeteria has had a profound impact on my career and life. In 2016, Michael was awarded a UAH Alumni Achievement Award. Read more about his career path and achievements

I was fortunate enough to develop close relationships with several professors throughout the College of Arts, Humanities and Social Sciences (CAHS, formerly the College of Liberal Arts) and the College of Business, often taking numerous courses taught by each over the years. Dr. Kathy Hawk is a very influential Professor of Political Science. I enjoyed her courses immensely because they had both real-world implications, as well as practical cultural applications that I refer to even now in my professional life. Dr. Donna Reed, (adjunct) Professor of Accounting and Finance, and Director of Internal Audit, was both a teacher and an advisor to me, helping me understand the basics of Accounting but more importantly, the broader basics of business. 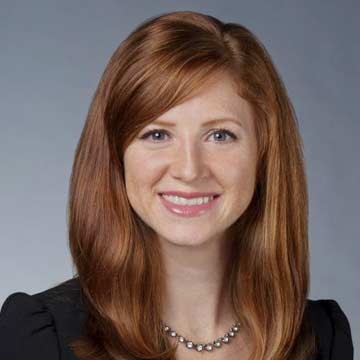 Foreign languages are my passion, and it was important to me to earn a degree that is both personally interesting and marketable in the business world. I earned my B.A in Russian and International Trade to learn those invaluable business skills, and to learn a language that is always in demand in the world economy. I knew that Russian would be exciting for me, and attention-grabbing for future employers.

As a U.S. Army veteran, I know that the ability to speak foreign languages breaks down the invisible barrier of communication between people who otherwise are unable to communicate, and it can definitely open career doors, too! I worked full-time while attending UAH, but I really enjoyed my Russian classes. I only wish my schedule would've allowed more time to meet with my Russian teachers-to practice Russian as much as possible. Today, I work for a large Department of Defense contractor that conducts business domestically and internationally. My professional goal is to continue to build my business knowledge, earn a master's degree in international business, and to use my foreign language skills to become an invaluable employee in the international business sector. Outside of work, I would like to use my skills to help those in the international community who are in need of humanitarian aid. 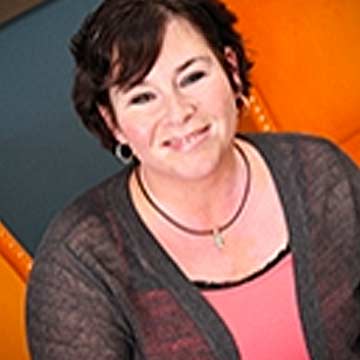 I graduated with a dual bachelors in Spanish Foreign Language and Sociology. Immediately after graduation in 2013, I began working on staff, at The Brook, as a Missions Minister/Director. Studying sociology and Spanish has prepared me well for the unique place of ministry for which I feel that God has placed me. As part of my job at The Brook, I lead mission trips to various places both in and out of the United States. I use the Spanish that I have learned almost daily.

"This has opened up a larger area of people that I am able to work with and serve that many others can not reach because of their language barrier. Not only do I work as The Brook’s benevolence lead, I also have the great honor of working within our community on various projects and helping those who are in need spiritually, physically, and economically. My degree has prepared me to better understand people, their social behaviors ranging from the family to the community and their cultures, as well as having an understanding of their basic ideas and needs. This is something that I use daily. In 2014, I also took on a part time job at Lindsay Lane Christian Academy as a middle school Spanish Teacher. My Spanish language and cultural classes prepared me to have better language skills and a deeper understanding of the Hispanic culture which also grew my desire and love of that people group. I have been able to use all of the skills which I learned in my classes to teach my students grammar and Hispanic Culture, which I love tremendously. The Sociology of Education class I took has proven to be very beneficial to me as well during this time; it has better prepared me to work with in the institution of education and have a better understanding of it and the children that I teach. My degree has given me a great enrichment and better understanding of the world in which we live. I am so thankful to each of my professors, because they too enriched and encouraged me to see and live life well." 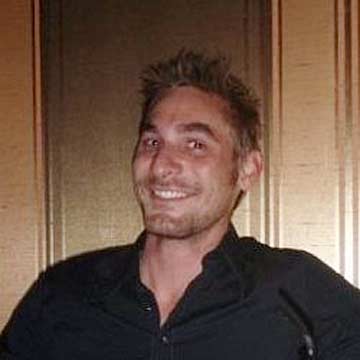 After graduating from UAH with a Foreign Language degree in German I went to Argentina to visit some friends and continue my research into the origin and nature of dialects in speech. Upon returning to the U.S. I continued my freelance teaching of these two languages and began working at Barnes and Noble. I later decided to continue with my formal studies and with the help of my former advisors began applying to graduate programs for German.

Earlier this year I accepted an offer from UA Tuscaloosa to study German there while acting as a TA in exchange for tuition payment. I am considering a PhD in the future and hope to continue to hone my skills in real-world scenarios as well as spreading the joy of language learning. 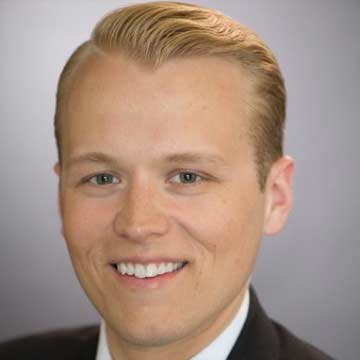 I graduated from UAH in 2010 with dual degrees in Spanish and Political Science. From there, I went on to law school at New York University. I went to law school on a full-tuition AnBryce Scholarship, which is awarded to students who have overcome severe socioeconomic disadvantages to become among the first in their families to attend graduate school. I received my law degree from NYU in May 2013, and I passed the New York bar exam in July 2013.

From 2013-2014, I served as a judicial law clerk for The Honorable Jon P. McCalla, a federal district court judge in the Western District of Tennessee in Memphis. I am currently clerking for The Honorable Bernice B. Donald, a judge on the United States Court of Appeals for the Sixth Circuit. Following my clerkships, I plan to practice white-collar criminal defense and other commercial litigation for a global law firm in New York City. I have ambitions of one day working as a federal prosecutor focusing on financial crimes.

My undergraduate education in Spanish at UAH has paid dividends in several ways along my path to becoming an attorney. First, my training in Spanish helped guide me through the daily grind of law school. Indeed, an education in any second language necessarily requires the kind of discipline that will assist students in taxing graduate programs. Second, I know that my degree in Spanish helped me in the fierce competition for federal clerkships. Like most employers, when hiring rolls around, my judges look for well-rounded clerks with varied interests. Finally, during my time as a summer associate at a law firm in New York, I worked on pro bono matters involving domestic violence victims seeking protection orders in state court. Many of the clients were immigrants from Mexico, Central America, and South America, with only a rudimentary grasp of the English language. Having a background in Spanish helped me communicate with the clients and ease their concerns during very tense and uncomfortable situations in their lives.

I encourage students thinking about majoring in World Languages and Cultures at UAH to give it strong consideration. In my experience, developing skills in a second language is not only tremendously rewarding, but also extremely marketable. 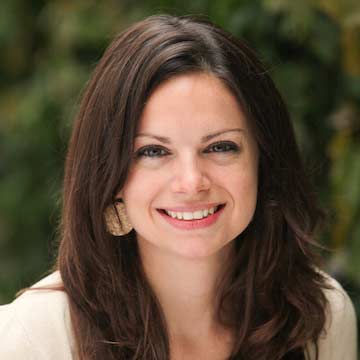 Bethany joined UAH as a first-generation college student. At first unsure of what to expect or what to major in, she remembers how everything became absolutely certain and how she felt “at home” in her first French class at Morton Hall. It was as if the world opened up before her—and in many ways, it did. While at UAH, Bethany traveled outside of the United States for the first time to complete an internship in Paris the summer before her senior year.

Encouraged by UAH faculty, she returned to France after graduation to teach English through a program coordinated by the French Ministry of Education. After completing her assignment abroad, Bethany moved back to the United States to manage international projects for a rapid-growth startup based in Connecticut—an opportunity afforded thanks to her degree in Foreign Language and International Trade and to her prior work experience overseas. She traveled to Southeast Asia and Europe on behalf of the company to develop new business before moving to San Francisco to head up the company’s expansion on the west coast. Today, Bethany serves as Associate Director of Communications for French American International School in San Francisco, CA.

Bethany attributes her career experience to the degree she acquired from UAH. Having strong foreign language skills and familiarity with other cultures helped make her a candidate to manage international projects, gain additional overseas work experience, and manage messaging for a bilingual organization. 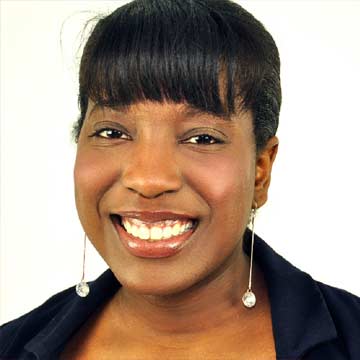 Tineka Smith graduated from the University of Alabama - Huntsville in 2009 with a degree in French and Communications. While studying for her French degree, Tineka did a communications internship in Beynost, France - which was set up by UAH. It was during this experience that she set her sights on working and living in Europe. She went on to do a Masters degree in International Journalism in the UK at City University London where she specialized in European Studies.

During her time in London, Tineka worked as a journalist, writing for several publications including The New Statesman, before moving to PR and joining the renowned international agency - Weber Shandwick. While working for Weber Shandwick, Tineka worked with top global clients such as Microsoft, Motorola and BAE Systems. She then continued as a media consultant to other agencies in the London area.

Tineka has also spoken at universities such as Oxford University and City University London about today's changing media industry.

Tineka's French degree proved useful when she moved to Geneva, Switzerland in 2015, in order to focus on humanitarian affairs. She is now a PR consultant to international organizations in Geneva. 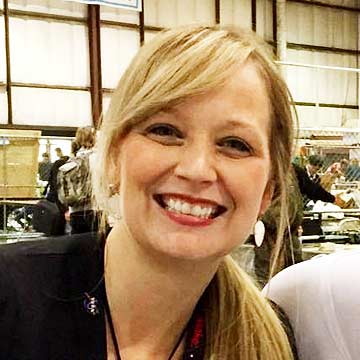 My degree in Russian studies has enhanced my career with NASA and has provided opportunities that would not have otherwise been possible with my technical degrees alone. Russia and NASA are partners on multiple endeavors in space, including the International Space Station Program. While studying Russian at UAH, I participated in two study-abroad trips; one to Russia and the other to Ukraine.

These trips provided me the unique opportunity to not only study the language, but to also live with Slavic families. Having this first-hand experience with the culture in addition to the university's academic courses in literature, history and language, provided me with real-world skillsets that resulted in career opportunities that I would not have had otherwise. Ultimately, my Russian degree equipped me with the ability to develop meaningful professional relationships, participate in international conferences, and negotiate collaborations and partnerships with my Russian counterparts in a way that my technical degrees alone could not have provided. 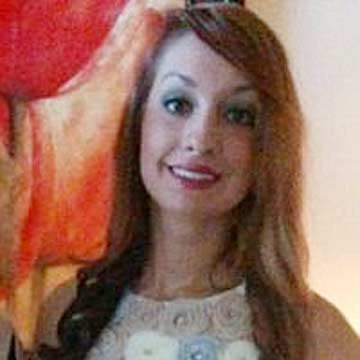 After graduating with my Bachelor's degree in Foreign Language (German) & International Trade and minoring in Spanish this past May, I have been blessed with many opportunities. This past semester I interned for Global Ties Alabama, and I am now working with them as a consultant. I plan on furthering my education by returning to UAH this fall in order to pursue my Master's degree in Business Administration.

This past week I also won the Faye Dozier Scholarship, which will help me financially with this. In the future, I plan to further improve my German and Spanish, while continuing to work in the international business field, hopefully as a translator.