UAH professor examines what it means to “listen carefully” 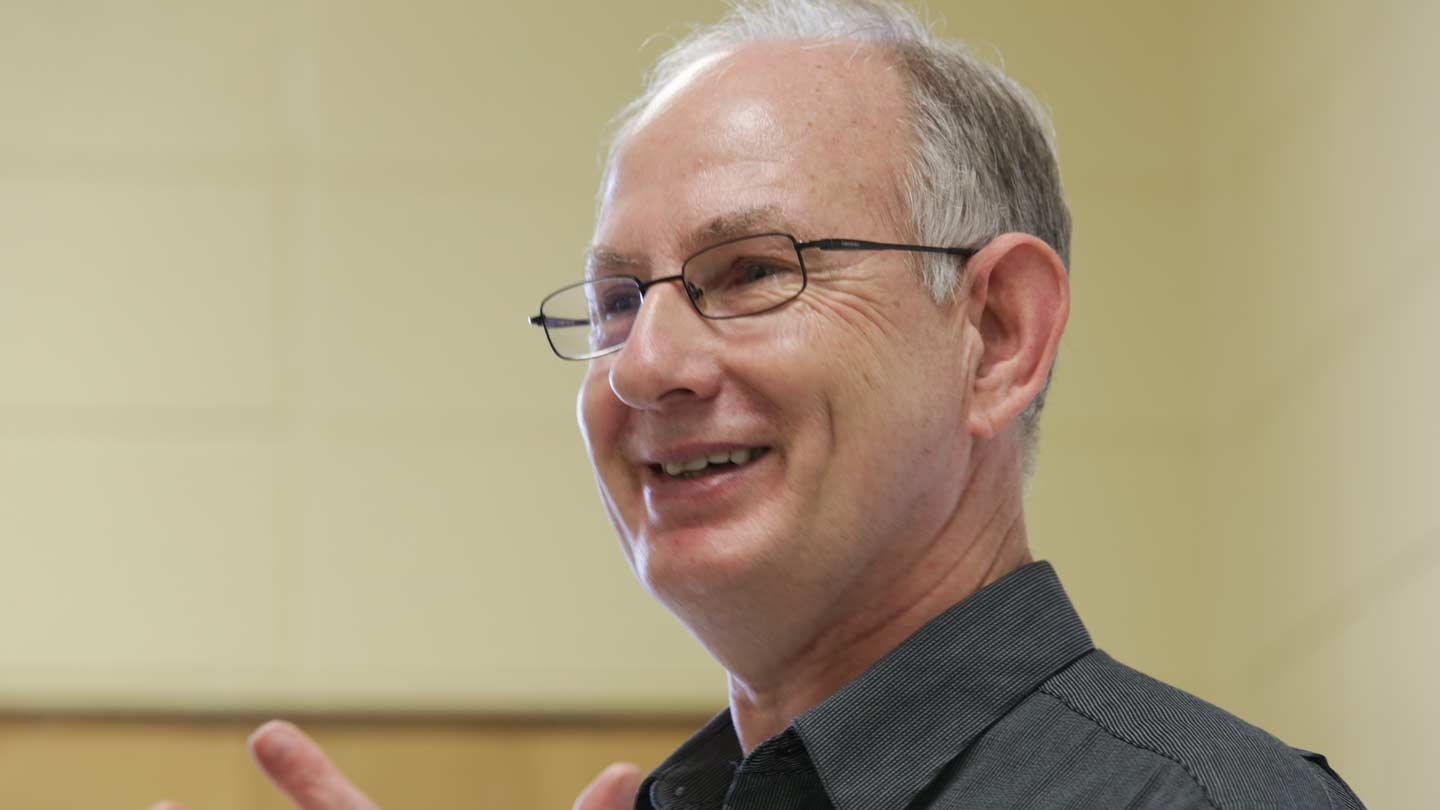 As part of the 25th anniversary celebration of the Humanities Center at The University of Alabama in Huntsville (UAH), Dr. Rolf Goebel will present "Let's Listen Carefully: Arts, Humanities, and the Experience of Sound Today." The lecture, which will take place in Roberts Recital Hall, will begin at 6 p.m. on Wednesday, April 6, and be followed by a musical performance by students and faculty members in UAH's Department of Music.

Dr. Goebel, who serves as the chair of the Department of World Languages and Cultures, says he hopes his lecture encourages people to reflect on what live sound may mean as a fundamental human experience. "Sound significantly contributes to how we understand our contemporary world," he explains. "It discloses and conceals the depth of reality around us, overlapping with but not necessarily accessible to visual perception and verbal language."

Unfortunately, however, listening carefully to sound has become increasingly harder to do with the advent of the digital age and the proliferation of technological media. "Nowadays we are so constantly bombarded with sounds that I'm worried we are hearing more and more, but listening less and less," he says. "We need to be more reflective about what it means to listen as opposed to just hear."

Nowadays we are so constantly bombarded with sounds that I’m worried we are hearing more and more, but listening less and less.

That might entail going to a classical concert, for example, as opposed to a downloading a digital version of the same performance. "As soon as I put on my headphones, I know that the performance is reproduced - I'm not there in that time and place," says Dr. Goebel. "But if I attend it, the presence of the orchestra and my own presence sharing the same time and place has an intangible quality. It involves more conscious listening, which in turn allows me to learn more about my aesthetic preferences."

And it's not just limited to classical music; the same is true for almost any live performance. "There's a vividness with live music," he says. "I can be as enraptured listening to a country music star sing in Nashville as I am when I go to the symphony." Rather, the problem is that it's simply become so easy to download music that more people are opting for digital reproductions in favor of live performances. "How many of us go to the symphony? We don't because we can download the same song for free on our iPhone."

Of course, an argument can be made that listening to a reproduced performance through headphones is better than attending a mediocre live performance with fellow concert-goers coughing or making noise. But far from being a drawback, Dr. Goebel says those distractions can actually be a catalyst for listening even more carefully. "By tuning out that ambient noise and forcing yourself to listen to the composition," he explains, "you become more attentive and learn something about the performance."

That's what he's hoping those who attend his lecture and stay for the musical performance afterward will do. "My talk will be followed by a brief concert from the Department of Music that involves classical and avant-garde art that address questions like what is music, what is noise, what is silence," he says. "I don't want to give away too much because there's a surprise aspect built in. But these three or four pieces address the relationship between music and noise and between live music and technological reproduction."

Along with "Let's Listen Carefully," the Humanities Center will also host two more presentations during the same week: "What is Racism? A Genealogical Approach," a lecture by Dr. Robert L. Bernasconi at 7 p.m. on April 7, and "Imagining the Present: Science Fiction, and Society," a roundtable discussion at 6 p.m. on April 8. Taken together, these events reflect the Center's long-time commitment to "promoting the presence of the humanities in scholarship, teaching, and service at UAH," says Dr. Goebel. "It's a formal anchor for what we do in our departments in the College of Arts, Humanities, and Social Sciences."