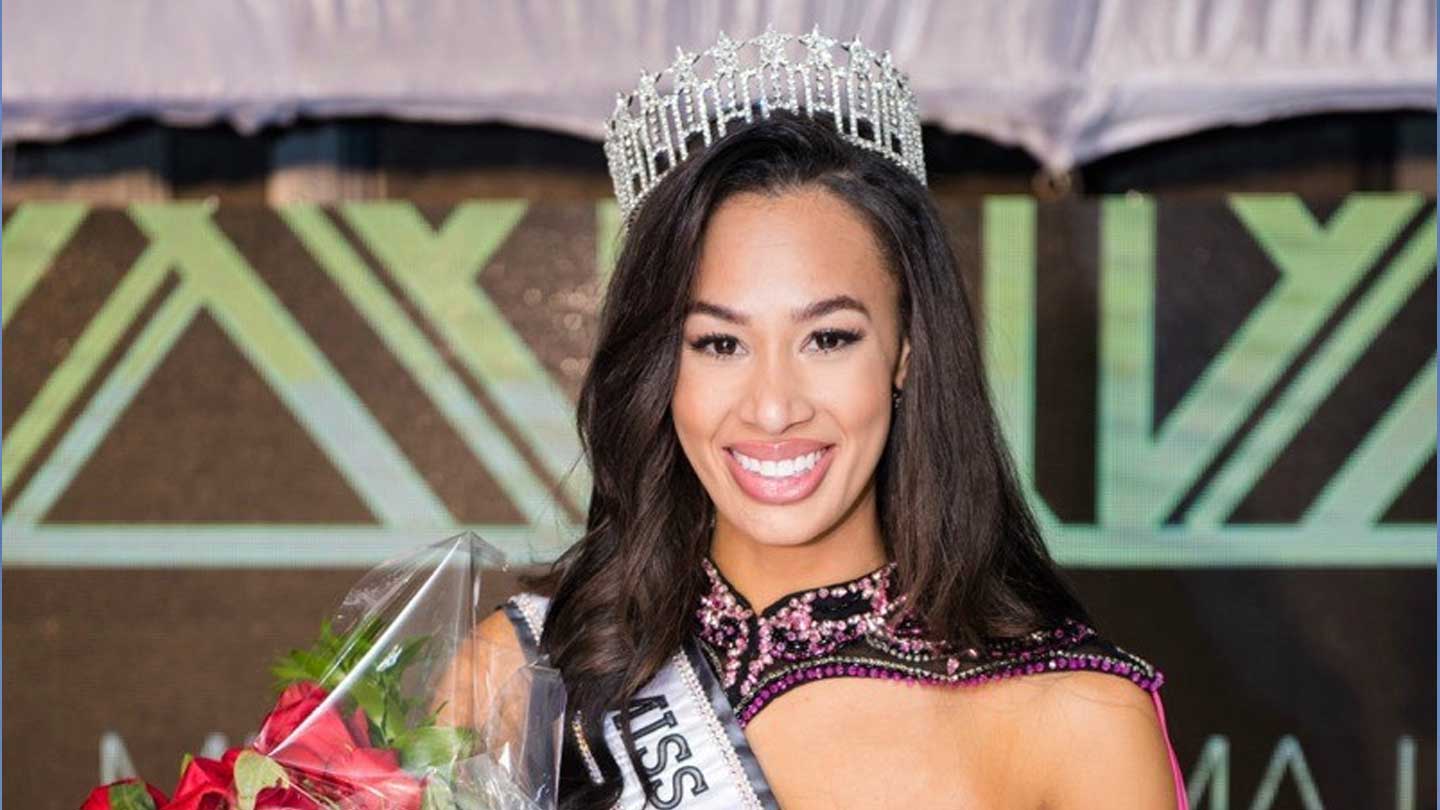 Flanigan represented her hometown in the pageant, competing as Miss Cullman. At the conclusion of her victory, she was crowned during a ceremony at the Auburn Hotel Grand Ballroom in Auburn, Alabama. From there the UAH student will move on to represent her state in the Miss USA pageant later this year.

Flanigan was one of a field of 26 women vying for the title in a three-part competition, including interview, swimsuit and evening gown segments, before rising to the finals the following day. Miss Alabama USA 2020, Kelly Hutchinson, crowned Flanigan as her successor.

Flanigan had never entered a pageant before, and her first time before the judges proved to be something of a surreal experience during the final selection and announcement.

"I was shocked!" she says. "The whole time I was expecting to be called for 4th, 3rd, 2nd or 1st runner up. When they called my name as the winner, I couldn’t help but be overwhelmed with tears."

Flanigan was raised in Cullman, Alabama, and is currently majoring in philosophy and minoring in political science at UAH. She serves as the pre-law honor society treasurer and is active in the university chapter of the NAACP as well. The student is especially proud to have won representing her hometown as the first African American Miss Cullman, as she sees her victory also as a victory for improving race relations and diversity.

Supporting her community means everything to Flanigan, and she places a special emphasis on giving back. One of the ways she is doing just that is by supporting vital causes like Filter of Hope, an organization that helps poor families get filters for clean drinking water.

"I honestly wanted to do more in ‘finding a need and being the answer,’" she says. "I saw an ad on Instagram and decided to apply! I am actually an Advocate Ambassador for Filter of Hope. This means I am responsible for raising funds toward the installation of the water filters used to aid families in obtaining clean drinking water."

Beyond UAH, Flanigan plans on attending law school with a focus on corporate and securities law. She also has interests in modeling and is associated with Tribe Talent Management, a company that specializes in the development and placement of both models and actors through a global network of agencies, agents and managers. Though she says her ultimate dream is to have her own legal practice and offer free legal services to people who can’t afford them.

"I chose UAH because of the size and location of the school," she says. "I chose pre-law because I really want to use my career to help people and be a voice for the voiceless."

Flanigan sees the platform of her reign as a chance to help further this kind of advocacy, while the competition also provided the perfect opportunity for personal development through the realization of a long-held dream.

"I have always wanted to compete for Miss Alabama USA, but I was always afraid to do so," she notes. "After all of 2020’s hardships and obstacles, I decided that I wanted to overcome that fear and step out of my comfort zone. I went into this pageant not at all expecting to win, but just to reach a goal, grow, and become a better version of myself at the end of it."

The crucible of competition proved to be a boost in other ways as well, as Flanigan was able to bond with her fellow contestants.

"We all got to know each other very well!" she says. "I loved every single one of them. It was amazing getting to be around such educated, strong, kind women who really are so encouraging"

Considering that the pandemic is still ongoing, the newest Miss Alabama will be experiencing the year of her reign in a schedule that will likely be a decided departure from the accustomed social agenda of speaking engagements and community appearances.

"I believe many of my speaking engagements and interviews will be over the phone or over Zoom," Flanigan says. "Unless an engagement is socially distanced, for my safety and for the safety of others around me, I believe that is the best decision I could make."

And what does it feel like for this budding legal scholar to be competing in the upcoming Miss USA competition on such a national stage?

"It feels amazing! I am blessed with an opportunity that is so rare, and I just want to respect it and work hard."

Given Flanigan’s drive, background and admirable life goals, it’s safe to say the accomplishment of that plan is a foregone conclusion.