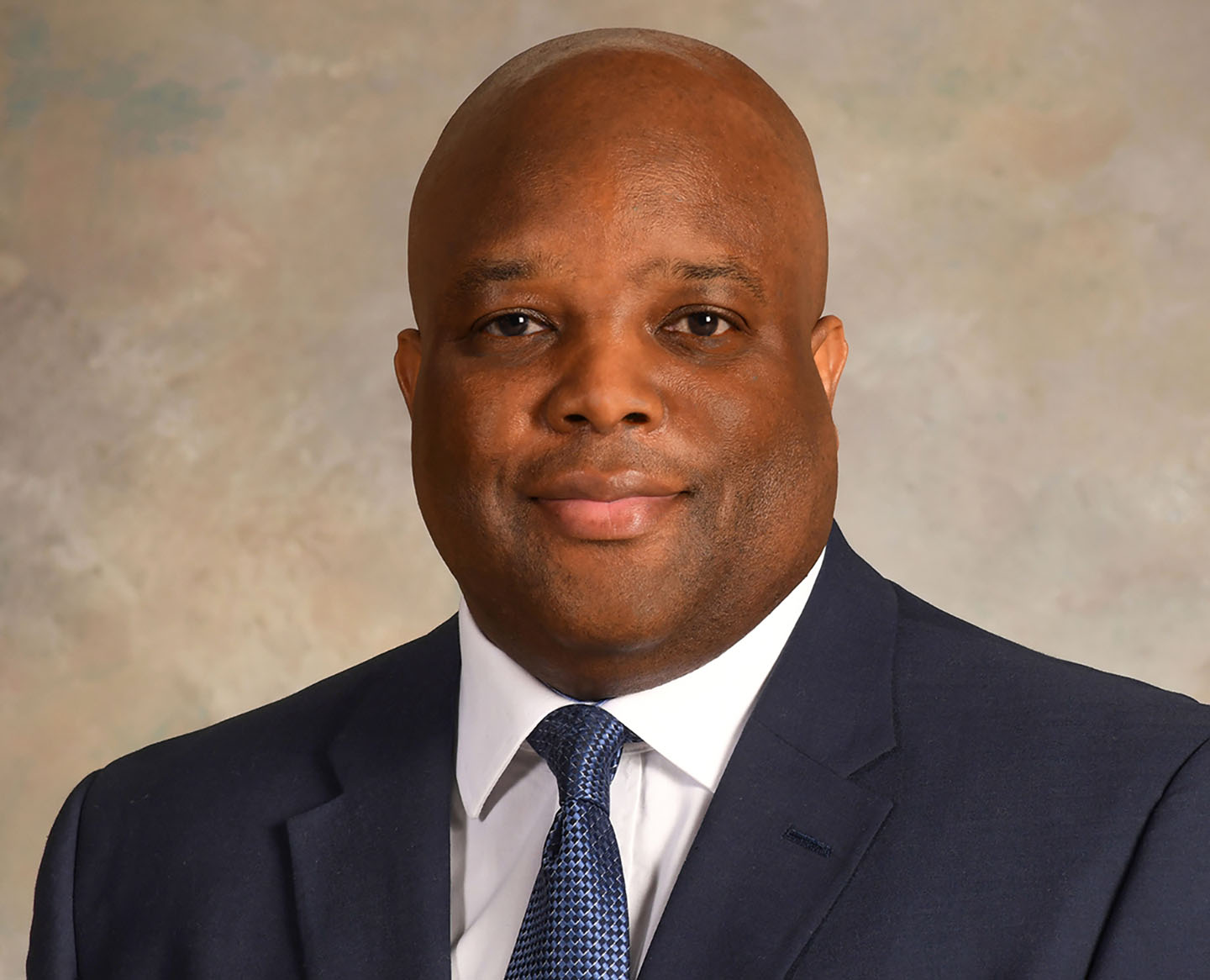 Hansel Gill, a graduate of The University of Alabama in Huntsville (UAH), a part of The University of Alabama System, was recently named Deputy Director at the Michoud Assembly Facility (MAF) in New Orleans, LA. In his new role he is helping to oversee one of the world’s largest manufacturing facilities to provide crucial infrastructure elements for the assembly of NASA’s Space Launch System and the Orion spacecraft.

“For the past 60 years, Michoud has been providing that capability for the Agency,” Gill says. “From the Saturn program, to Shuttle, and now the Artemis program, all NASA human spaceflight systems have come through New Orleans and through our facility at MAF. It's a special place.”

From 2016 to his new appointment, the UAH alumnus (M.S. Industrial and Systems Engineering ’07) supported production of the SLS Block 1B Exploration Upper Stage in the Block 1B Development Office and the Stages Element Office at Marshall Space Flight Center (MSFC) where he provided technical leadership for SLS core stage and exploration upper stage planning and production operations. From 2015-16 he was the technical assistant to the Office of the Director at MSFC.

“It is a big change, in a sense,” Gill says, reflecting on how he has tackled the transition. “My background is flight hardware development and production; Michoud Assembly Facility provides a crucial infrastructure by which the hardware development and production systems are realized. It's the other side of the same coin, so to speak. So, while I recognize the distinctly different roles, I anticipate using my production background to complement Michoud facility operations that support spaceflight production for NASA.”

In 2013, the alumnus acted as team lead and assistant branch chief for the Metals Joining and Processes Branch in the Metals Engineering Division. Gill also led production for the EFT-1 multipurpose crew vehicle stage adaptor, providing the structural interface for Orion and the Delta IV launch system supporting the EFT-1 Orion Flight Test. 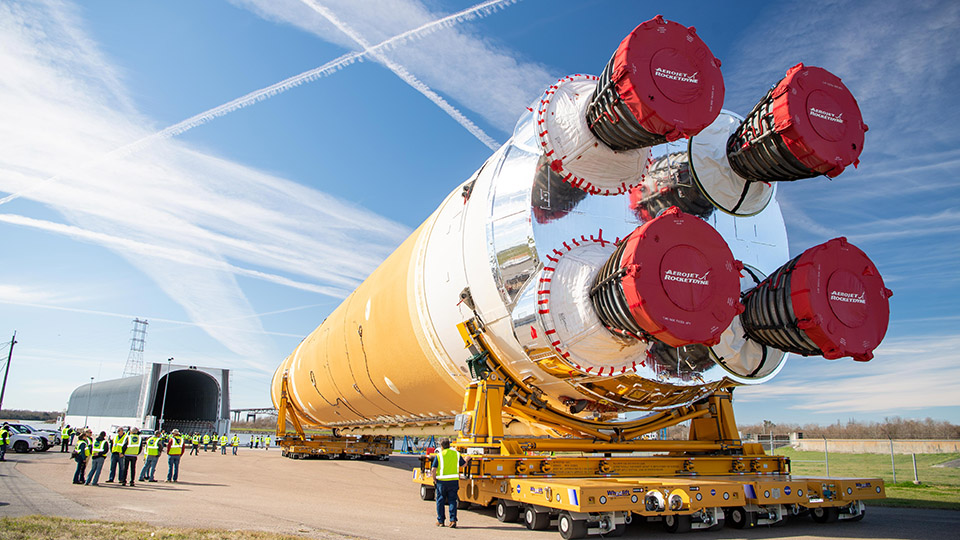 Gill considers the most important aspects of his day-to-day activities is to not only support these MAF assemblies, but also to nurture and expand a culture that marks the very foundation of successful space flight.

“Our first emphasis is to ensure that our rocket factory's capabilities are consistent, reliable and available for the Space Launch System (SLS) rocket, the Orion spacecraft, and for the government and industrial tenants that are partners on our space campus in New Orleans East,” he says. “I was fortunate; I joined a talented and high-performing team. My role is to sustain and grow the culture for our team and ensure the team is focused, mission-minded, invested in the mission's success and bolstering the foundation for team members to grow individually and pursue their career goals.

“That's an essential aspect of leadership,” the alumnus adds. “Developing future leaders. I've come to recognize that the work that we perform day-to-day at MAF is an incubator for leadership development; we'll continue to grow that talent to benefit the individual, our organization and the Agency.”

Born and raised in Huntsville, Gill attended high school at Pine Forge Academy in Pennsylvania. He later moved back to the Huntsville area to attend college.

“Huntsville is home,” Gill explains, noting that MAF is situated in New Orleans, but managed by MSFC. “I love the people, the culture, and the tremendous support everyone has for NASA. My love for the space program began after I was already on the NASA team. I grew up in the Rocket City, and the U.S. Space and Rocket Center was always a cool place to visit on middle school class trips; however, at that time, I wasn't thinking about a career in the space industry. Once I started working hands-on with spaceflight hardware, that's what did it for me. Now, even as I set future career goals, the ability to be close to the hardware will always be a consideration for me.”

Selecting UAH to pursue his M.S. degree in Industrial and Systems Engineering was a career choice that proved to be especially fruitful.

The Artemis rocket being built at Michoud in New Orleans will take the first woman and first person of color to the Moon. I couldn't be more excited about the mission and to be part of that history. It's truly a great feeling.

“One of the many benefits of working for NASA/ Marshall Space Flight Center is the Agency's investment in its employees,” Gill says. “One of those opportunities is through several continuing education programs. Wanting to enhance my effectiveness as a NASA engineer, I started exploring programs of interest at several schools. The Industrial and Systems Engineering program at UAH was the best fit for my personal interests, especially as it aligned with my career goals. While my early career was in the materials engineering discipline, I transitioned into engineering project management when I enrolled in the master's program at UAH – a decision that helped define my career with NASA and created a pathway allowing me to become more involved with the day-to-day operations in a field I truly love.”

The alumnus considers himself fortunate to have been encouraged and guided by a number of special mentors through his educational journey.

“Dr. Dale Thomas has been a friend and mentor for me for many years,” Gill notes. “I remember Dr. Sam Gholston and Dr. Dawn Utley, professors in the ISE department when I was there, were very instrumental; I'm not sure they would remember me and probably don't know they were inspirations to me. Many more were NASA colleagues: Robin Henderson, Vanessa Wyche, Carolyn Russell, Steve Wofford, Wendell Colberg, Dion Jones, Dr. Preston McGill, Dr. Kent Chojnacki, so many more. Mentorship has been an invaluable element in my career development.”

Gill relishes the chance to honor the faith placed in him by millions of people around the world who are spellbound by NASA’s explorations – he’s one of those people himself.

“I am a member of that worldwide group captivated by the NASA mission and the so many ways the NASA mission benefits the world,” he says. “I feel blessed. It's humbling and incredibly fulfilling to be on the team with such audacious endeavors. One of the best things about working for NASA is knowing how important the work is that we do. In the grand scheme of things, I play a minor role. The systems are highly complex, game-changing technology, high visibility, and extremely vital to our nation's interest. Every single role, even small ones, are crucial. That's the mindset that I bring to work each day. Let's do our small part to make a difference.”

Throughout his career at Marshall, Gill has received numerous awards, including the NASA Honor Award Exceptional Achievement Medal, the Director’s Commendation Honor Award, Safety Flight Awareness Awards, 24th STEM Global Competitiveness Conference Black Engineer of the Year Award – Modern Day Technology Leader distinction, to name just a few. When asked what advice he would offer to someone who sees him as a role model, the alumnus has a three-part answer to point them to success.

“A.) NASA is the best place to work in the federal government. Consider NASA as a place to use and develop your talent. B.) Find mentors and learn from their experiences. It's your job to initiate those relationships. C.) Authenticity is key. The uniqueness of who you are as an individual is the difference-maker. No one else can make the impact on this world that you are solely gifted to deliver. Bring your best. The world needs it.”

As to his own immediate future, the UAH alumnus is thrilled with the role he is playing to be a part of America’s next great adventures in space. “NASA is building the world's most powerful rocket, Artemis, to take Americans back to the Moon,” he notes. “The Artemis rocket being built at Michoud in New Orleans will take the first woman and first person of color to the Moon. I couldn't be more excited about the mission and to be part of that history. It's truly a great feeling.”