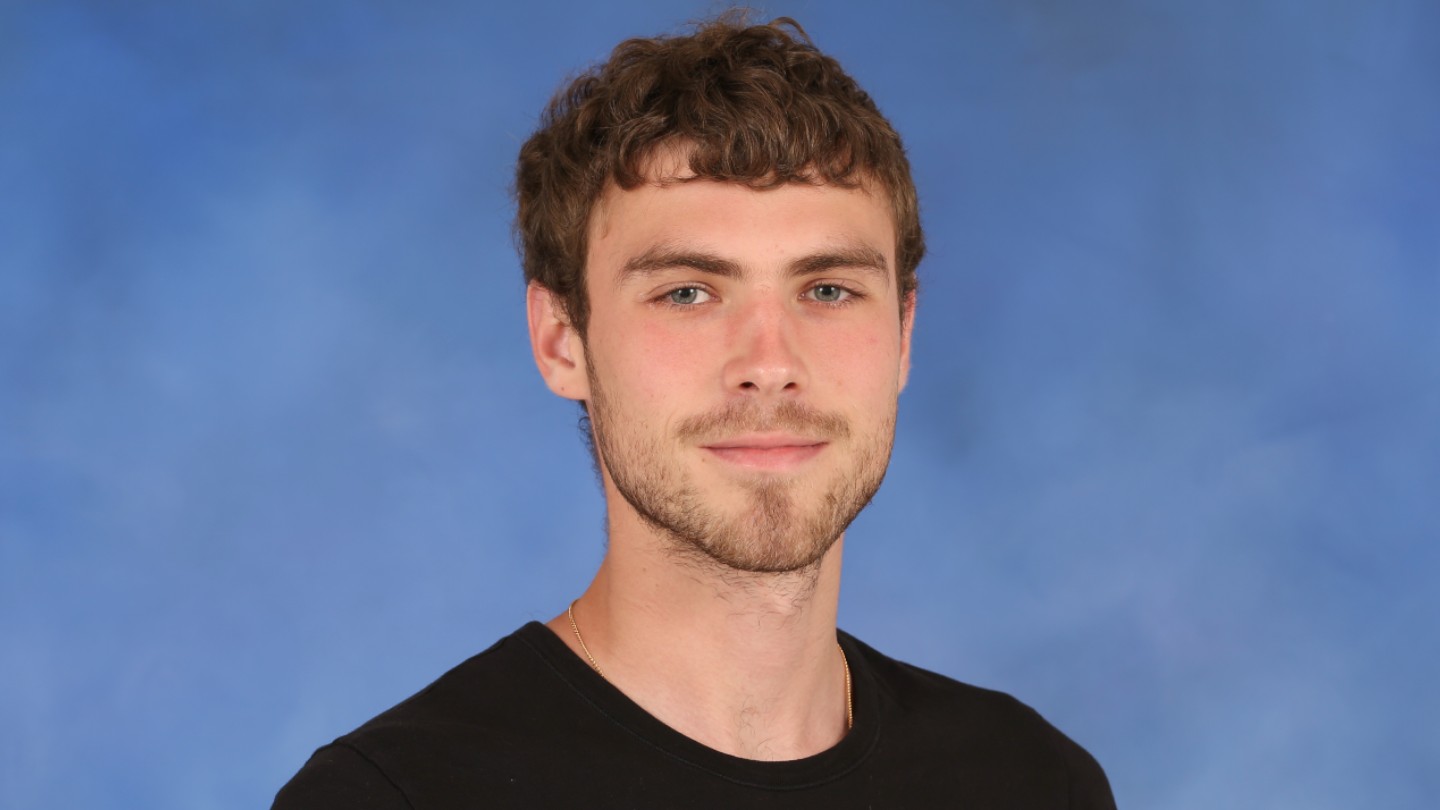 In work applicable to super-fast quantum computing and quantum optics, undergraduate research by a recent graduate in physics and mathematics at The University of Alabama in Huntsville (UAH) has simplified a difficult mathematical problem to further illuminate the behavior of two-level quantum optical systems when they interact with a laser beam.

Ukrainian Nazar Pyvovar, who is now pursuing his master’s degree in physics at UAH, a part of the University of Alabama System, says the simplest imaginable quantum systems are those with two possible states. Two-level systems have been studied since the beginning of quantum theory more than 100 years ago.

“The novelty of what we did was the setting and the goal,” Pyvovar says. “The setting was that our laser pulse was ultrashort - possibly attoseconds in duration - and the goal was to find a closed-form solution, a solution without unsolvable integrals, a solution one could look at and see the most important features of the system right away.”

An attosecond goes by extremely fast. It’s just 1x10-18 of a second.

“In quantum computation, our results could be used to improve or speed up the control of qubits,” he says. Qubits are the counterpart in quantum computing to the binary digit or bit in digital computing.

“Our work builds on what was done before, and makes some steady progress forward,” Pyvovar says. “Most research is just about making steady progress that over time can lead to a much better understanding of the topic. That's my perspective on it.”

Future research would involve a more complete theory of closed-form solutions to integrals and differential equations.

“That was the part that interested me the most in our work. While applications are a good motivation, the mathematical part was the most important to me,” he says.

“Mathematically, we know which integrals can be integrated in closed form and which integrals can't, and we know many differential equations that require the introduction of special functions as their solutions, but I am not aware of any concerted effort in trying to unite these observations and come up with a more complete theory of such closed-form solutions,” Pyvovar says.

“This is a very old and classical area of mathematical analysis, and so it would be very surprising to find anything drastically new there, but I would still very much like to explore it when I have the time.”

“I was a little skeptical of his claims at the beginning, so I forwarded his email to Dr. Miller for confirmation,” Dr. Duan says. Dr. Miller replied that Pyvovar had achieved the highest scores in the classes and that he should be an advanced graduate student.

The pandemic was raging at that time and Pyvovar was still in Ukraine, so Dr. Duan remotely assigned him the theoretical project. The result “was nothing short of stellar,” Dr. Duan says.

“I gave him a couple of books in quantum optics and some of the prior papers in this field. Within two months, he came back with a clear understanding about what we were trying to do and what key steps he needed to take. Soon after that, he began to outline potential schemes that could tackle the problem,” Dr. Duan says.

“Throughout the spring and the summer, he explored several different approaches, gradually simplifying and optimizing his solutions,” Dr. Duan says. “By the end of the summer, about nine months after the project began, he had gotten some tangible results that were publishable.”

Pyvovar worked on the project while taking an undergraduate course load and also conducting unrelated experimental research in summer 2021. Student and advisor didn’t actually meet until fall 2021, relying on Zoom to communicate.

“While his work was built upon our prior work, the key mathematical scheme that led to the simplification of the ‘way too complicated’ problem was entirely credited to him,” Dr. Duan says. “Because of his exceptional academic achievement, in April he received the Highest Undergraduate Achievement award in the College of Science - awarded to one student per year.”

His home city is Kharkiv, located in Ukraine’s east next to the Russian border, and Pyvovar says his family was lucky to not be severely affected by the war.

“They left for Germany the day the war started, and were extremely lucky to find some German citizens who let them stay in their house,” he says. After about four months in Germany, his family has returned to Ukraine’s capital city, Kyiv.

The start of the war caused Pyvovar some delayed assignments, but he says he quickly adapted.

“I had about two months to graduation when the war started, so I had the goal of finishing my degree, and I was just making it one assignment at a time,” he says.

“Every now and then I would hear the news about deaths - a soldier younger than me died in battle, or a civilian senior older than my dad was tortured to death - all of them people I used to know.

“That news always makes my peaceful and joyful life here in the states feel undeserved,” he says. “But it always will - it is undeserved. I am still just trying to do my best, one decision at a time.”