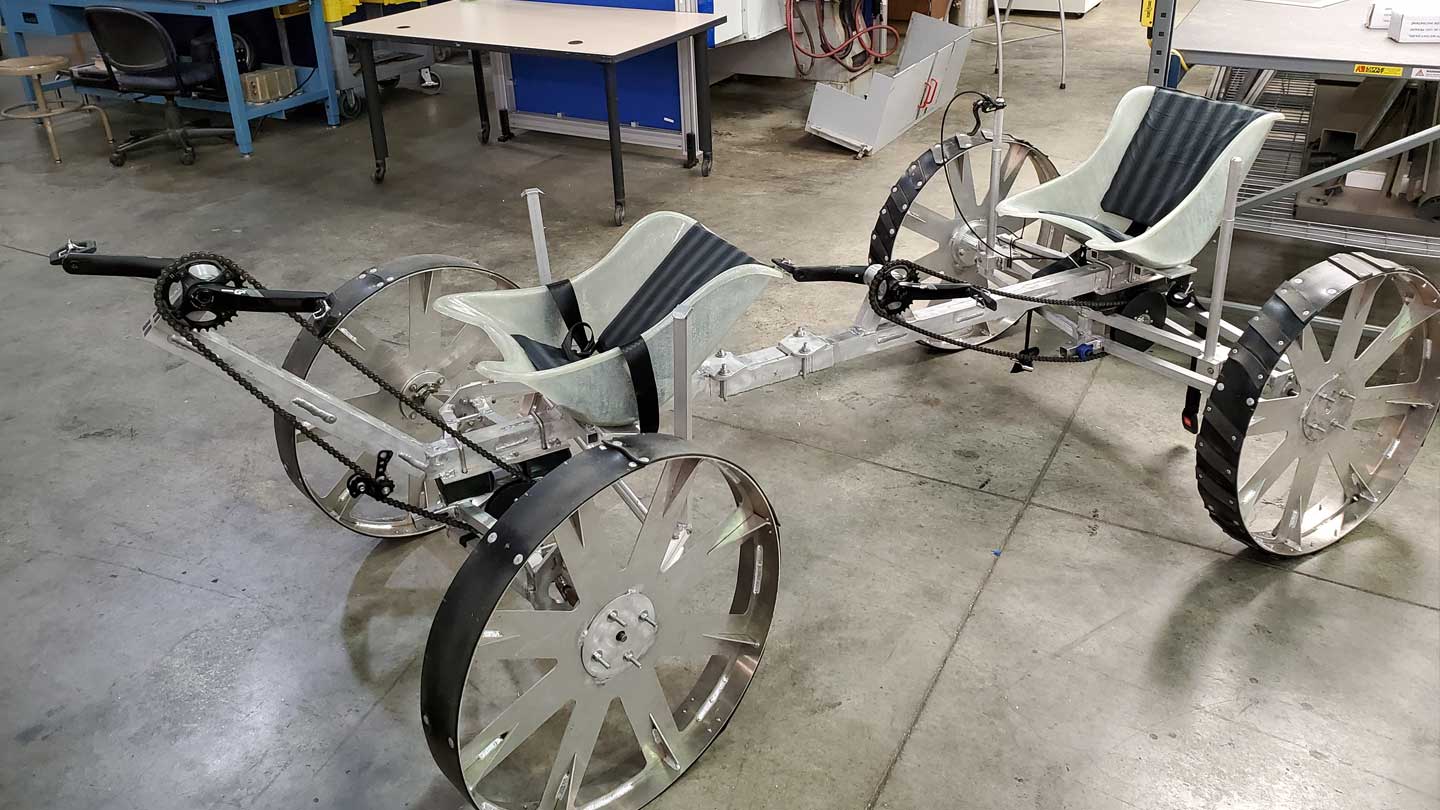 Light weight and simplicity were the hallmarks of the Falcon rover, which weighed in at under 150 pounds.

Team Falcon relied on light weight and simplicity when it redesigned a rover from a previous class for the pandemic altered competition. The rover weighed in under 150 pounds, extremely light compared to other rovers in the UAH fleet.

David Fikes, a mechanical and aerospace engineering lecturer who teaches the class, praised both teams.

"The students were willing to put in the time that it took to do the extra things that are required to successfully build a rover," Fikes says. "They met a lot on weekends to get the work done. The pandemic didn't seem to slow them down that much. Some put in many, many extra hours to complete their project."

For more than 25 years, the annual NASA HERC has tasked high school and college teams from around the world to design, build and test a human-powered rover capable of traversing simulated terrain from the moon, Mars and other rocky planets. Along the way, teams are also required to complete scientific tasks, reflecting spacewalks that were completed during NASA’s Apollo Program and may be completed during NASA’s Artemis Program.

HERC is managed by the Office of STEM Engagement at NASA’s Marshall Space Flight Center in Huntsville. The competition reflects the goals of the Artemis program, which seeks to put the first woman and first person of color on the moon. NASA’s Office of STEM Engagement uses competitions to further the agency’s goal of encouraging students to pursue degrees and careers in the science, technology, engineering and mathematics fields.